Pakistan has announced its squad for the upcoming T20 World Cup 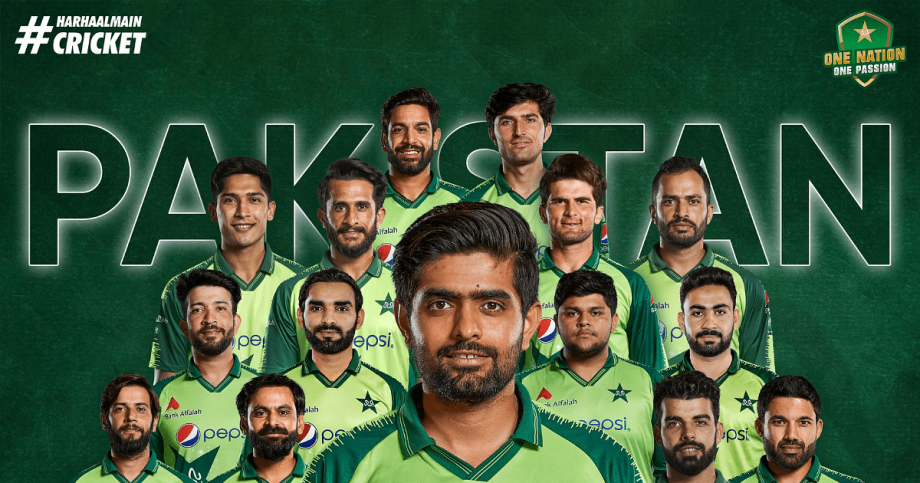 PCB has announced the 15 members squad for the upcoming T20 World Cup in UAE, who will also play against New Zealand and England before their tournament opener against India on October 24.

Pakistan will host New Zealand for five T20I’s in Lahore, starting from September 25 to October 3 before playing their final two T20I’s against England at Rawalpindi on October 13 and 14. After that, Pakistan will travel to UAE for their World Cup campaign.

Asif Ali and Khushdil Shah were shocking inclusion in the squad for World Cup, has last featured for Pakistan in the T20 against Zimbabwe and South Africa respectively.

However, they did not find their place in the squads for England and West Indies series.

Chief Selector, Wasim Khan spoke on the matter of their inclusion in the squad. He said:

“Asif Ali and Khushdil Shah may not have impressive numbers against their names kbut hardly anyone can doubt their tremendous talent and prowess.”

“They are the best in the available pool of middle-order batsmen and we remain confident that they will provide our solutions to our middle-order difficulties through solid performances.”

Pakistan opted for youth over experience as they went for Azam Khan over Sarfaraz Ahmed for the wicket-keeping spot.

Azam Khan has only played three International T20I’s in which he scored six runs in his two innings. But his explosive performance in domestic cricket has earned him a spot in the squad for the T20 World Cup in which he averaged at 22.83 with a strike rate of 149.92.

“Azam Khan is an aggressive and attacking batter who also keeps wickets, a combination that has earned him the selectors’ nod ahead of Sarfaraz Ahmed,”

Fakhar Zaman, Shahnawaz Dahani, and Usman Qadir have not found their place in the squad but they will be a part of travel contingent players as a replacement for the reserve players.

“Our impressive record in the United Arab Emirates, clubbed with the talent we have in our ranks and the well-planned preparations gives me significant confidence that we will perform well in the ICC Men’s T20 World Cup 2021. All the players now need to do is not to get overawed by the occasion, continue to keep faith in their abilities, and try to give something extra each time they step onto the field,”

After that, they will move on to Sharjah on October 26 to play against New Zealand before getting back to Dubai to take on Afghanistan.

Their last two matches in the Super 12 stages will see them face runners-up of Group A and table-toppers of Group B from Round 1 in Abu Dhabi and Sharjah respectively.