The Mumbai Indians are undoubtedly the most successful franchise in the Indian Premier League, with as many as five titles under their belt from thirteen editions. Year after year, the Mumbai-based team has repeatedly delivered consistent performance under the able leadership of the now Indian national team skipper, Rohit Sharma.

Sharma has not been alone in their endeavour for a trophy as they assembled a strong core ahead of IPL 2018, which they have retained since. With the likes of Jasprit Bumrah, Kieron Pollard, Suryakumar Yadav and Ishan Kishan all set to don the MI blue and gold once again, one can never count Mumbai out in the race for the playoffs.

Many questioned MI’s strategies at the auction as they bid for some big names like Devdutt Padikkal, Yuzvendra Chahal, Trent Boult, Josh Hazlewood and Jason Holder but failed to snap them up, often putting in the second-highest bid but failing to go all the way due to budgetary restrictions. Mumbai did much of their shopping on the second day of the auction, where they added names like Jofra Archer, Tim David and a host of talented youngsters to their roster.

Strong Core: Having retained four different star players, Mumbai Indians did not make too many big purchases at the auction. They brought back Ishan Kishan, who has been an instrumental part of their squad over the past few seasons for a hefty amount of Rs. 15 Crores.

The onus will once again be on Rohit Sharma, Bumrah, Pollard, SKY and Kishan to put in match-winning performances and take Mumbai to victory.

Formidable Top Order: Over the past few editions, we have seen glimpses of what Kishan can do when handed the responsibility of opening the innings. With the southpaw all set to partner Rohit at the top of the order this season, one can expect some fireworks right from the get-go.

Suryakumar Yadav will complete the top-order and the stylish right-handed batter has time and again shown not only his skills but his ability to toy with the field and score runs at will. Mumbai will rely on its top order to lay a solid foundation for its power hitters to go berserk in the death overs.

Untested Middle-Order: Mumbai lack a settled middle-order and it will most likely be a flexible one, with players coming in to bat depending on the situation and stage of the match. They have big names such as Pollard and Tim David to finish the innings but the lack of experienced Indian all-rounders like the Pandya brothers somewhat unsettles the balance of the side. 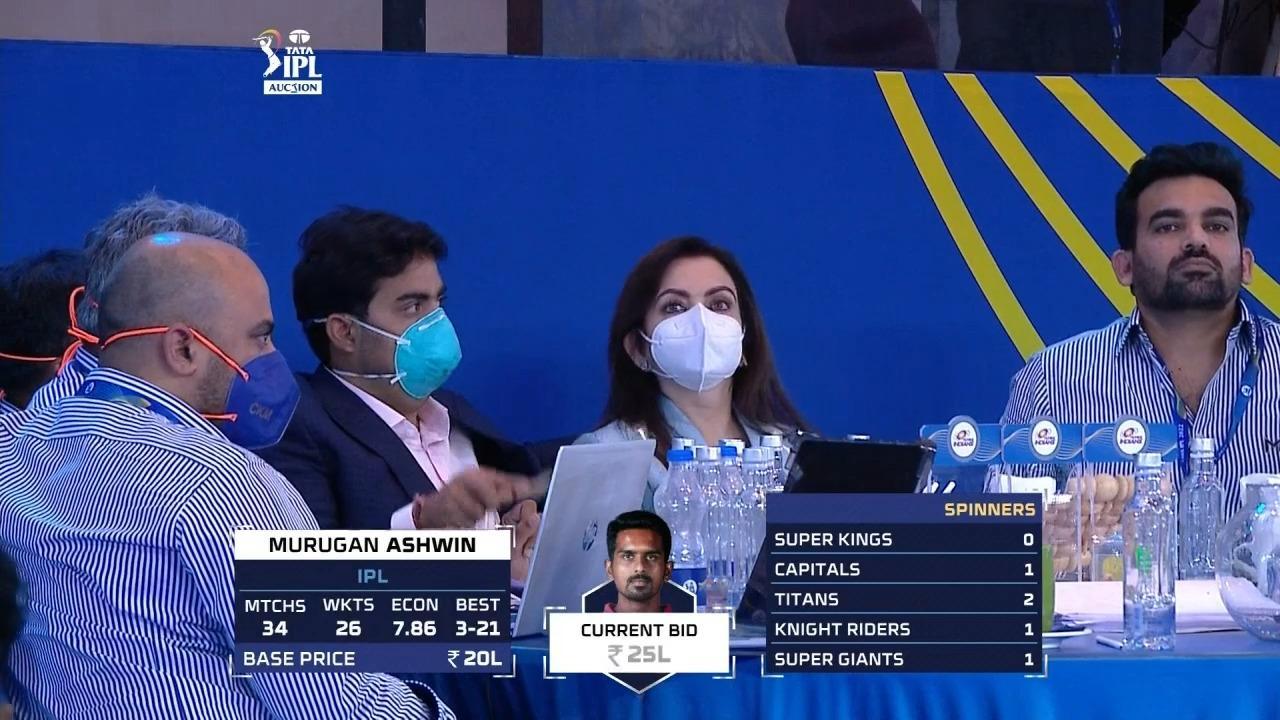 MI have one of the weakest spin-bowling contingents on paper

Weak Spin Contingent: MI lost the bidding war for Yuzvendra Chahal to Rajasthan Royals following which they had to settle for other spin bowling options.

They have two young leg-spinners in Mayank Markande and Murugan Ashwin but it is highly unlikely that both will feature in the playing XI as they have a similar skill set. Along with one of the leg-spinners, Sanjay Yadav will be expected to chip in and complete the second spinner’s quota.

A plethora of talented youngsters: As they have done at mega-auctions, Mumbai Indians have put their faith into uncapped youngsters. N Tilak Varma is expected to be a regular feature in their playing XI while all-rounder Sanjay Yadav is a like-for-like replacement for Krunal Pandya.

South Africa U-19 sensation Dewald Brevis, nicknamed ‘Baby AB’, will be in the spotlight and will look to make an impact in his maiden IPL season. Furthermore, the likes of Arshad Khan, Anmolpreet Singh, Ramandeep Singh, Rahul Buddhi, Hrithik Shokeen and Aryan Juyal will have the chance to prove themselves and be the next big thing in Indian cricket.

Death Bowling: MI have traditionally not been a side that has struggled much in the bowling department, particularly the fast-bowling segment. However, there will be undue pressure on Jasprit Bumrah this season as they will miss the services of Jofra Archer, who is all set to miss the tournament.

Tymal Mills, Riley Meredith, Jaydev Unadkat, and Basil Thampi are talented bowlers but lack the charisma of a star bowler and have not been consistent with their performances.

Injury Concerns: With Jofra Archer not expected to play this season, MI will already be missing a key player from their squad. Injury to any of their core players could very well see MI spiral out of the race for the playoffs as they do not possess a plethora of match-winners.