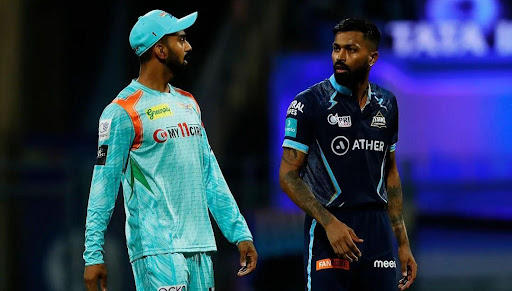 The two debutant franchisees who are doing wonders in their debut Indian Premier League campaign are currently seated at the top two of the 2022 points table. Maharashtra’s cultural capital Pune will be hosting the second chapter of this brand new rivalry where the new table-toppers Lucknow Super Giants will be eyeing revenge for their defeat in the match no. 57 of the fifteenth edition.

An exciting fixture where two elite combatants will be battling out each other to sustain their supremacy in the World’s toughest T20 league. The Gujarat Titans skipper Hardik Pandya will go up against two personalities who are very close to his heart, the opposition captain KL Rahul and his elder brother Krunal Pandya.

Two sides who are having a dream run their debut IPL campaign went through different circumstances before the commencement of the 2022 edition. As the LSG side was down under the fierce pressure of delivering the due to having a star-studded roster while the Titans were considered as the underdogs who have turned all odds in their favour.

Lucknow skipper Rahul and the gaffer Andy Flower may retain the same playing eleven which orchestrated a triumph over the Knight Riders in their previous fixture. Although the management team must have noted down the areas which are needed to improve before the commencement of the playoff stages. Krunal  Pandya’s batting promotion ahead of the youngster Ayush Badoni and Marcus Stoinis’ haste despite already hitting a hat-trick of sixes raised many questions which were sidelined due to the brilliance of their bowling department.

Tough circumstances are testing the patience of the Gujarat commander who may still field the playing eleven against the Super Giants too. Hardik himself stated in the post-match presentation that Tewatia and his run-out dismissals were the turning points of the game which gave an extra advantage to opponents.

The recent thumping win over the KKR has handed over the table-toppers crown to the Uttar Pradesh based franchise in the crucial stages of the competition. The Super Giants led by the highest-ranked Indian T20I batter are also cruising on a four-match winning streak which was initiated right after their defeat against RCB. They will be turning up for this encounter after delivering their best-ever bowling performance in the previous fixture where they forced all-out against Kolkata on a scoreline of 101 in just 14.3 overs.

Gujarat lost their pole position in the 2022 IPL standings after reigning for a long time and have also lost both fixtures of the last week. Although the most recent defeat against the traditional rivals Mumbai Indians was a tragic one as it was the first instance when the Thunderbolts registered a failed chase at the grandest stage of IPL and that too after an opening stand of 106 between Wriddhiman Saha and Shubman Gill. They just needed nine runs from the final over when the dynamic duo of Tewatia-Miller was on the crease but unfortunately could score three runs against Daniel Sams. 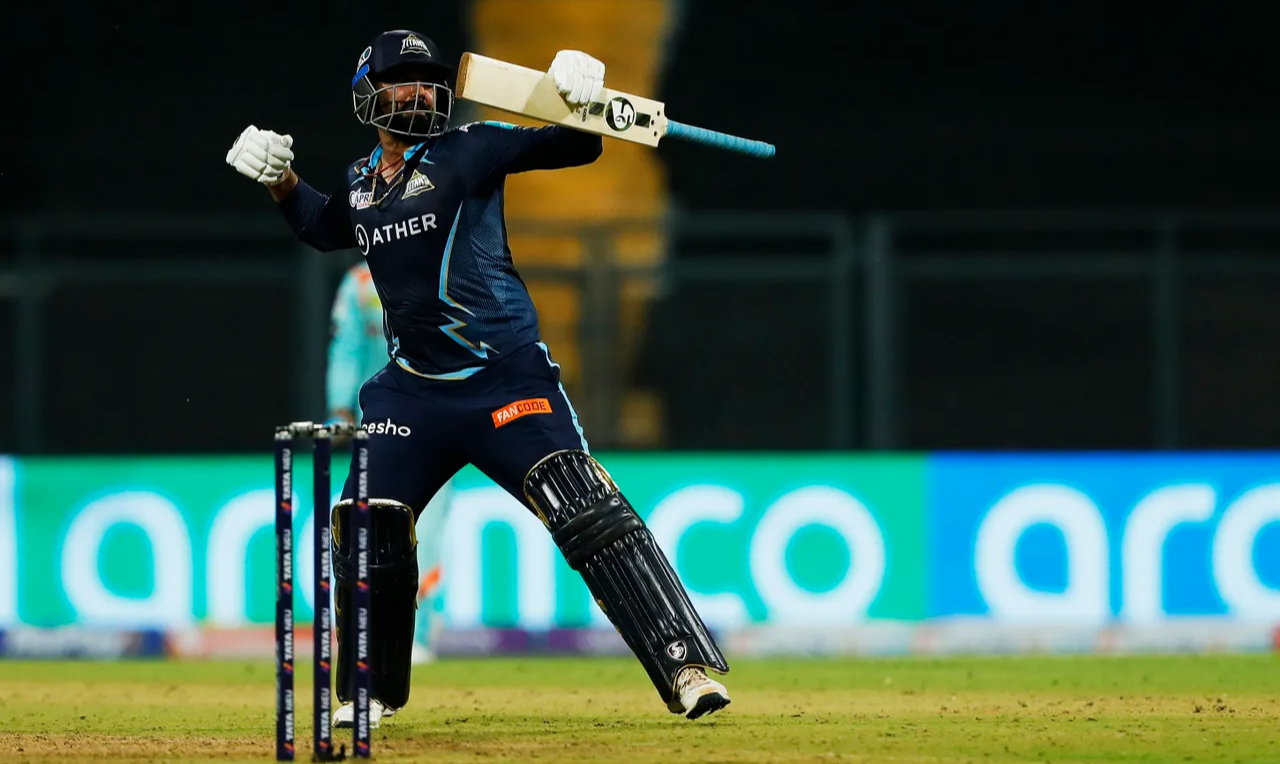 It’s a maiden Indian Premier League campaign for both franchises hence they never got to face each other before the 2022 edition. Although they were up against each other when their journey in the World’s toughest  T20 league began where Gujarat registered their first-ever IPL victory in the battle of firsts.

Half-centuries from the two middle-order maestros, Hooda and Badoni saved Lucknow from collapse and played pivotal roles to set a competitive total of 158. Gujarat struggled in the initial stages too but the late heroics of Rahul Tewatia and Abhinav Manohar finished it in style for the Titans. Mohammad Shami who registered the magical bowling figures of 3/25 in 4 overs was chosen for the Player of the Match honour and also became the first-ever Titan to achieve it. 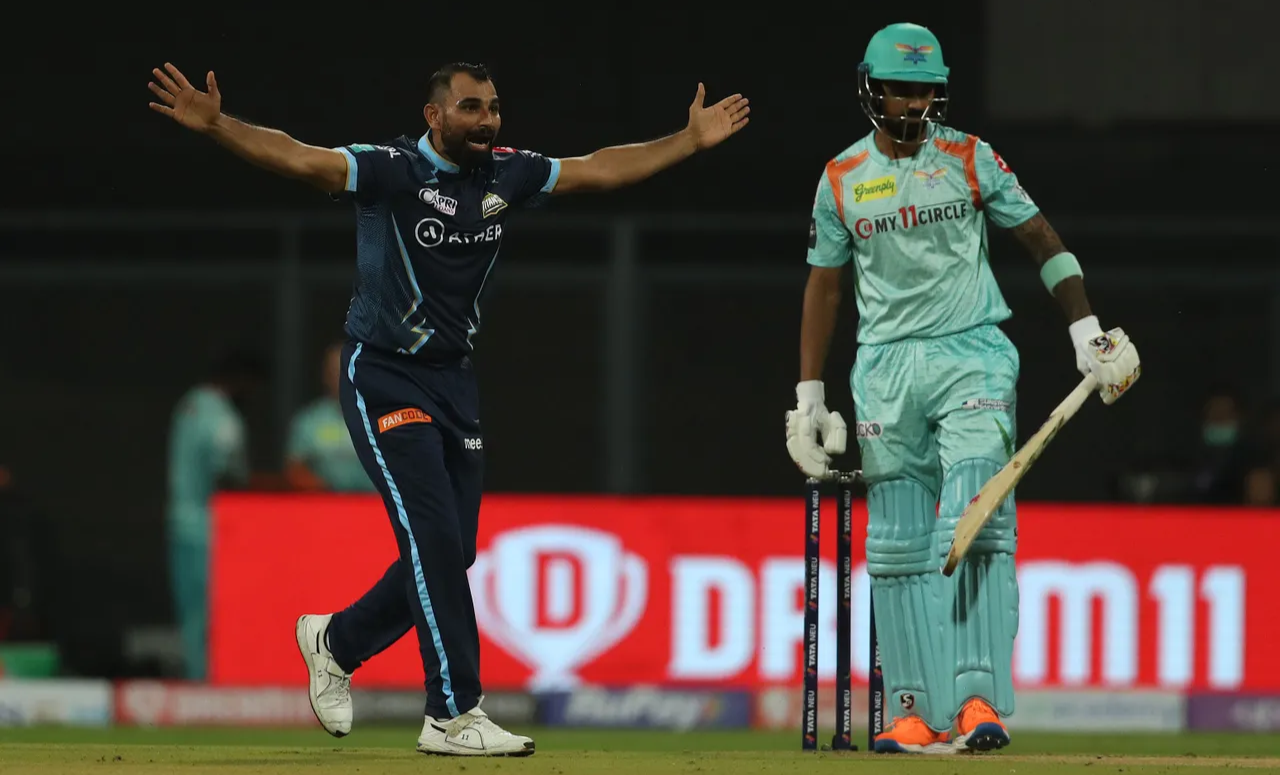 KL Rahul: Individually, Rahul has seen a lot of ups and downs in this season as he has two centuries under his name and also got out on the duck thrice this season. Among them, two were the golden ducks and the most recent one against Kolkata Knight Riders was a diamond duck. The 30-year-old Lucknow skipper was almost dismissed on the first ball of his captaincy debut by Mohammad Shami.

Shubman Gill: Rahul wasn’t the only batsman who got out on the duck when these two franchises faced each other. The 22-year-old stylish stroke maker also commenced the new chapter of his IPL career without scoring a single run in the maiden game. Although he then went on to score big runs for his new franchise and also scored a fifty against Mumbai Indians a couple of days ago.

The current form suggests that Lucknow Super Giants are hot favourites to win this contest and it will be very tough for the Titans to end their losing run. Lucknow team management will study Gujarat’s previous two defeats closely and will look forward to launching a similar attack when they take on the Ahmedabad-based franchise in the forthcoming face-off.