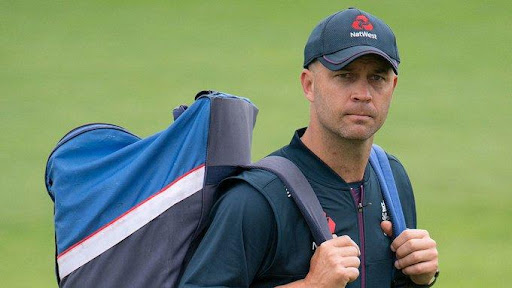 Jonathan Trott had previously worked with the England men’s, Lions, and U19 teams

Former England batsman Jonathan Trott has been taken in by the Afghanistan men’s cricket team as a Head coach, confirmed by the cricket board. He will take the charge of Afghanistan’s tour to Ireland in August.

Jonathan Trott had previously worked with England Men’s team, England Lions as well as the U19 sides apart from working as a batting consultant for Scotland during the 2021 T20I World Cup campaign. He announced retirement from cricket back in 2018.

Former England batsman Jonathan Trott has been taken in by the Afghanistan men’s cricket team as a Head coach, confirmed by the cricket board. He will take the charge of Afghanistan’s tour to Ireland in August.

He represented England in 68 One Day Internationals during this period with a score of 2838 runs at an average of 51.25 including 4 centuries and 22 half-centuries under his name in the format.

“South African-born former English middle-order batter @Trotty has been named the new head coach of our national men’s cricket team. He will step up into the role of head coach during Afghanistan’s tour to Ireland in August,”

The 41-year-old believes that Afghanistan has got a huge talent that is yet to be proven and has produced a lot of capable players recently who play the game in their own unique style and with great passion.

“I’m honored and excited to have the opportunity to take one of international cricket’s most exciting teams through what is a huge year for their development as a team,”

Trott was quoted as saying by the Afghanistan Cricket Board.

“I can’t wait to get to work with a group of players who are capable of generating results in a style that will make the people of Afghanistan proud.”

The post was originally given to Trott’s compatriot Graham Gooch. However, the former England cricketer came down with a serious illness in May this year and could not honor his appointment.

Earlier this year, ACB had named the former Pakistan pacer Umar Gul as their bowling coach. His tenure starts in May, ahead of the team’s Zimbabwe tour. The side sealed a comfortable 3-0 in both ODIs and T20Is.

The tour of Afghanistan consisted of five T20Is and kicks off in Belfast on August 9.