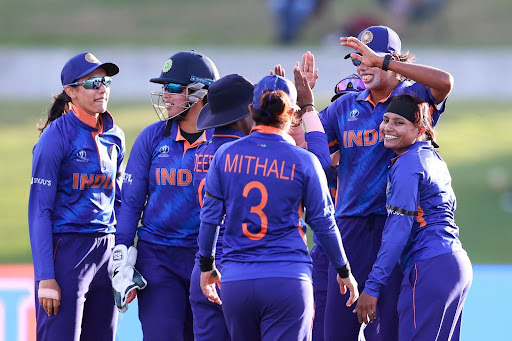 India was up against arch-rivals, Pakistan in their opening match of the campaign in the ICC Women’s World Cup. India won the toss and opted to have a go with the bat first.

Pakistan had the early laugh in the contest as Shafali Verma was sent back on a duck as Diana Baig rattled her stumps. Deepti Sharma alongside Smriti Mandhana built up a 92 runs partnership for the 2nd wicket, with Mandhana scoring 52 runs off 75 deliveries.

Deepti was caught by Anam Amin in her own delivery in the 22nd over, breaking the partnership. After a promising start, the Blues’ middle order was crippled by Pakistan’s spinners’ consecutive wickets in the middle overs broke their back. India lost five wickets within the next eighteen runs and was pushed down to 114/6.

Sneh Rana and Pooja Vastrakar however took it upon themselves and build a hundred runs plus partnership to help India put up a respectable total on the board. Vastrakar scored 67 runs off 59 deliveries to give her side the needed momentum. Rana on the other hand played a perfect supporting role and scored 53 runs off 48 deliveries and remained unbeaten till the end.

Vastrakar lost her wicket in the final over of the innings as Fatima Sana rattled the stumps, Jhulan Goswami was next and scored 6 runs off 3 deliveries as India posted a total of 244 runs at the loss of 7 wickets in their quota of 50 overs. 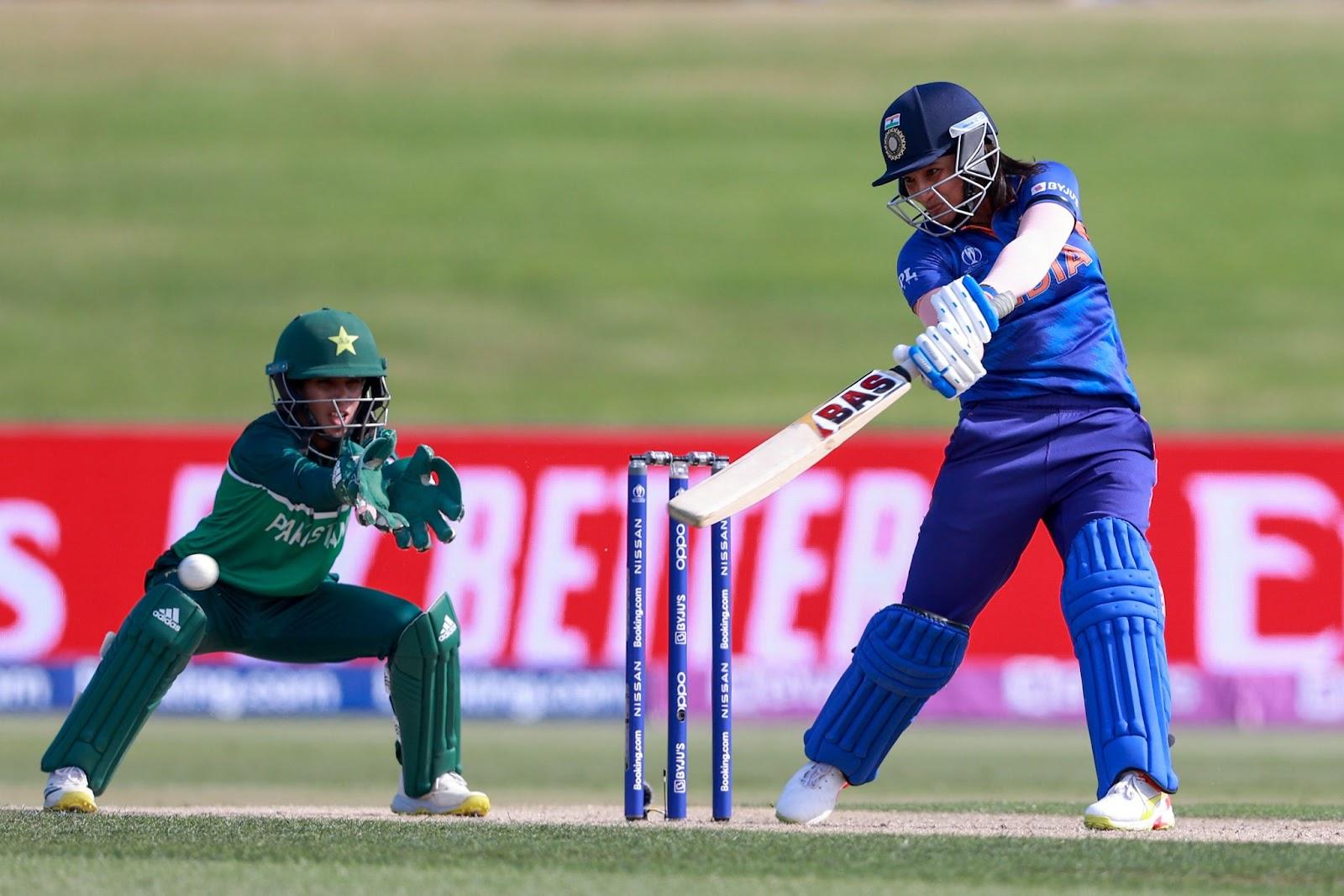 Pakistan had a very slow start to their innings as the Indian bowlers kept them under check. Sidra Ameen and Javeria Khan seemed to struggle early and could only score 25 runs in the first power play. India took advantage of the pressure and Rajeshwari Gayakwad picked up Javeria on the score of 11.

Skipper, Bishmah Maroof had a small partnership of twenty-five runs alongside Ameen but departed at the score of fifteen in the eighteenth over. India crippled the middle order with consecutive wickets and gave Pakistan no chance to make a comeback as Gayakwad alongside Goswami were all over the batters and pushed Pakistan to 98/7 within the 33rd over.

Sidra Nawaz and Diana Baig tried to put up a small struggle but it was quickly put to an end by Gayakwad as she caught Nawaz ahead of the stumps and sent her back to the pavilion at the score of twelve. Rana gave Nashra Sandhu no chance to settle in as she sent her back on a duck to push Pakistan 114/9 in thirty-seven overs.

Pakistan had no chance to make a comeback in the game and was wrapped up at the score of 137 runs in forty-three overs as India won the contest by 107 runs to register a win in their opening contest of the World Cup.

A lot of players from the Indian side particularly the bowlers had a great outing tonight, with Rana and Vastrakar picking the team out of the early grave in the first innings to help them post a sub-par score on the board. Pooja Vashtrakar was awarded the Player of the Match for her outstanding performance with the bat scoring 67 runs in the contest.