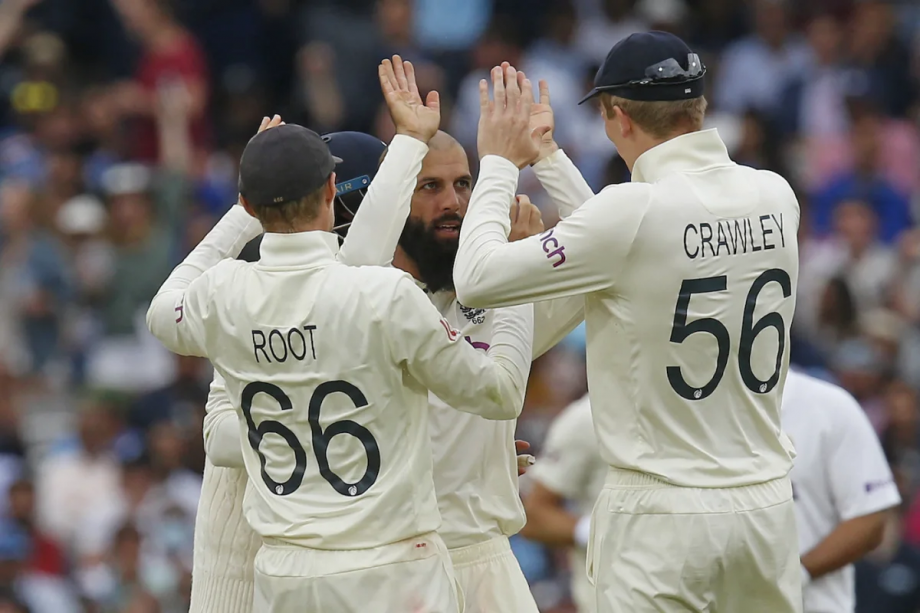 England continued to dominate India in the second Test

India were 154 runs ahead in the second cricket Test against England at Lord’s in the second innings with only four wickets left in hand, as the hosts were in command of the contest which they have dominated mostly. England will resume the fifth and final day of the Lord’s Test hoping to take the final four wickets soon and wrap up a victory to take a lead in the series.

India began their second innings on Sunday trailing by 27 runs after England were bowled out for 391 in the second first-innings, in reply to India’s total of 364 in their first. India made a poor start to their second essay, losing their star opening pair in KL Rahul and Rohit Sharma for cheap, while England left-arm seamer Sam Curran got India captain Virat Kohli, reducing the visiting side to 55-3.

While Rahul was dismissed for 5, Rohit made 21 and Kohli was aggressive during his short stay at the crease in which he struck four fours to make 20 from 31 balls. India were only a few runs ahead when their best batsmen were dismissed, and the job to recover the team from early wickets and help put on a fight against England was left to the struggling pair of Cheteshwar Pujara and Ajinkya Rahane.

However, the two experienced and senior Indian batsmen did not disappoint. They not only allowed England to create further problems for their team but also kept the home side wicketless for the entire second session, while adding 100 runs for the fourth wicket which helped the Indian team to take their overall lead past 100 runs.

Rahane was more aggressive than Pujara, hitting five fours to make 61 from 146 balls whereas the former played an innings which was considered too slow by many. Pujara faced 206 balls to make 45, but he was dismissed five runs short of a fine fifty when Wood returned into the England attack and shocked the Indian batsman with a sharp bouncer which hit his gloves and flew to the slips.

India were left struggling further when Moeen Ali got into the act of causing problems, getting Rahane caught by England wicket-keeper Jos Buttler and bowled Ravindra Jadeja to leave India struggling at a score which was far too less for their liking.

While Jadeja could make only 3 in his short innings on Sunday, Rahane once again showed why is considered one of the best men in the Indian team to rescue them from tough situations and score the hard runs when the others are not able to put up a fight.

At stumps, Rishabh Pant, on 14 not out, was batting in the company of Ishant Sharma, who was on 4 not out, as India were 154 runs ahead of England. The visiting team would certainly want to add more to their total but it will be tough given that the home team bowlers will be bowling with the new ball at the start of the fifth and final day.