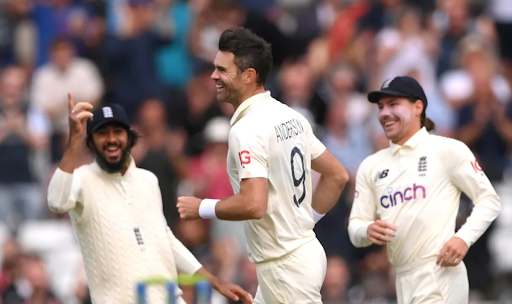 England took complete control of the third cricket Test on the first day itself at Headingley in Leeds as they bowled India out for a poor total of only 78 runs in their first innings, and finished the day at a strong position of 120–0 in their reply to take a lead of 42 runs in the first innings.

Rohit Sharma with 19 runs and Ajinkya Rahane with 18 runs were the only two batsmen who could make some impact on a forgettable day for India with the bat once again. India captain Virat Kohli was among the plenty of batsmen who disappointed once again which also included the number three batsman Cheteshwar Pujara.

India’s man of the match from the victory in the Lord’s Test, KL Rahul was dismissed for a four-ball duck. Pujara made 1 from 9 balls, Kohli made 7 from 17 balls and Rishabh Pant as well as Ravindra Jadeja contributed with 2 and 4 respectively.

Rahane and Rohit Sharma tried to take the fight to England by resisting hard in the middle overs but India’s innings lasted only 40.4 overs with three of their batsmen being dismissed for ducks. Mohammed Shami and Jasprit Bumrah had done extremely well by adding 89 runs for the ninth wicket the last time they batted in Lord’s, but on Wednesday, they both were dismissed for first-ball ducks.

The legendary England fast bowler James Anderson was in his prime form on the opening day of the third Test as he dismissed the mainstays of India’s batting in Rahul, Pujara and Kohli. Anderson got all of these three batsmen caught behind by wicket-keeper Jos Buttler.

Ollie Robinson was once again brilliant with the ball, dismissing India vice-captain Rahane before lunch to reduce the visiting side to 56-four, and came back after the break to get rid of the dangerous Pant, getting him caught behind as well. Buttler had a great time behind the wickets as he took as many as five catches in the Indian innings.

All-rounder Ravindra Jadeja tried to resist for a while by making 4 from 29 balls but Sam Curran, who also dismissed Jasprit Bumrah later on, trapped him leg-before on a brilliant yorker which shocked the Indian cricketer.

Anderson returned with magical numbers of 8-5-6-3, whereas the others in Robinson and Karan took 2-16 and 2–27 respectively. Playing his first match of the series, Craig Overton was on a hat-trick at one stage but could not finish the job. However, he would still be proud of his performance in which his numbers were 10.4-5-14-3.

While the ball moved dangerously throughout the Indian innings, the conditions looked far more easier when England came out to bat. The new English opening pair of Rory Burns and Haseeb Hameed did the perfect job of taking the team to 120-0 at the time of the end of play on the first day. Burns was batting on 52 not out from 125 balls, whereas Hameed was on 60 not out from 130 balls.