“I was misquoted,” says Ramiz Raja on his comment about IPL 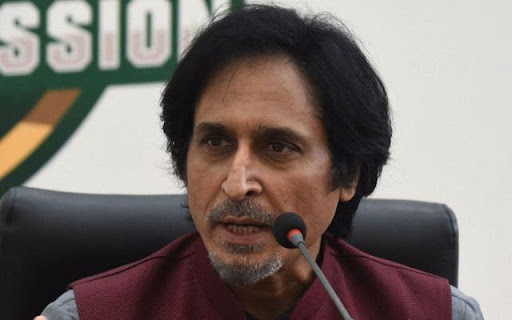 PCB Chairman Ramiz Raja has turn-back on his comment about the IPL, saying that he was misquoted while the comment was made just before the start of the 15th edition of the IPL.

Pakistan Cricket Board (PCB) chairman Ramiz Raja has turn-back on his comment about the Indian Premier League (IPL), saying that he was misquoted.

The PCB Chairman, in an interview with ESPNCricinfo, had said that an auction model and an increased pursuit in the PSL could put the tournament “in the IPL bracket”.

“We need to create new properties to be financially independent. We have nothing for now but the PSL and ICC funds. There’s an argument over the model for next year; I want to switch it to an auction model from next year. The market forces are conducive, but we’ll sit down with the franchise owners to discuss it.

“This is a game of money. When the cricket economy grows in Pakistan, our respect will rise. The main driver of that financial economy is the PSL. If we take the PSL to the auction model and increase the purse, then I’ll put it in the IPL bracket. And then we’ll see who goes to play the IPL over the PSL,”

Raja was quoted as saying on ESPNCricinfo.

The comment was made just before the start of the 15th edition of the IPL and at a time when the Board of Control for Cricket in India (BCCI) was about to hang the tender for the media rights of the next 5-year cycle of the IPL, which is expected to collect in astronomical figures for the Indian Board.

While Raja added that he is ready to formally present the proposal for the four-nation tournament containing India, Pakistan, Australia, and England.

“I don’t know how the ICC members will receive it but how long can we allow ourselves to be dictated by politics between countries,”

“Star Sports had made a presentation at the last ICC board meeting where it said the India-Pakistan game at the Twenty20 World Cup broke all viewership records. Why don’t we have more of what the fans want?”

However, Raja told Cricbuzz that he was misquoted in the interview and that he is quite aware of the difference between India’s and Pakistan’s economies.

“I know where the economy of India is and where is Pakistan’s. We have plans to improve the PSL. We will bring in the auction model but I was misquoted on the other part,”

PSL 2022 ended in February while Lahore Qalandars defeat the Multan Sultans in the final and win their first PSL title.

IPL 2022 started on March 26 with an opening game between Chennai Super Kings and Kolkata Knight Riders.