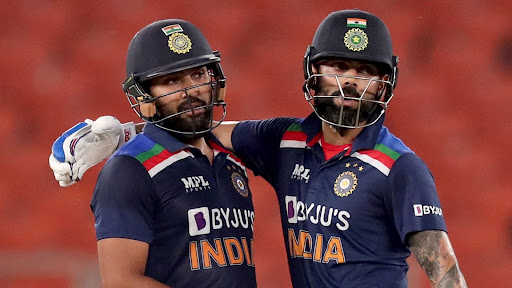 Rohit Sharma has given his side 10/10 on Sunday and he is quite impressed with the performance of all the players who have contributed in both the ODIs and T20Is and said that they have managed to achieve everything they have aimed for the West Indies.

The Indian skipper Rohit Sharma has acknowledged on Sunday that his side has achieved everything during the West Indies tour and that he is impressed with the performance of all the players throughout the series.

Suryakumar Yadav’s brilliance backed by the passionate bowling performance gave India a clean-sweep against West Indies in the third and final T20I at Eden Gardens.

Harshal Patel, the rising talent has picked up three wickets while Venkatesh Iyer returned with wickets.

“The team that used to chase, there are not many people from that squad. We wanted to bat first and chase as well in this series. Because our middle order is fairly new. Happy with the series. Pretty much got everything we wanted. We do understand we are very young as a team. We are still a good chasing side, but a lot of the players are missing. It was pleasing to see guys bailing the team out from situations,”

“Good sign moving forward as a group and something to be proud of. The biggest takeaway in the ODIs was the middle order making it count. I was impressed with our seam bowling in ODIs. And even here. Harshal is new. Avesh is on debut. Shardul is in and out. So we wanted to see how the guys react and it was a good challenge to defend in both games against a quality West Indies team,”

In the third T20I, Suryakumar Yadav (65) and Venkatesh Iyer (35*) starred with the bat as India posted 184/5 in the allotted twenty overs. In the last five overs, the hosts up the ante by adding 86 more runs to the total, to take the score past the 180-run mark. Iyer and Suryakumar Yadav build a 91-run partnership for the fifth wicket.

“Few guys miss out on the Sri Lanka series because we want to keep them fresh. But we have the World Cup in mind and we are trying to give game time for individuals. I am not someone who looks at the opposition, I would like to see what we can do as a team,”