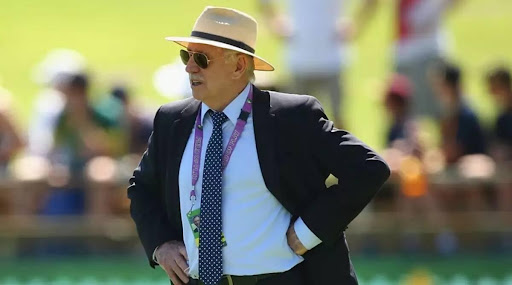 Pat Cummins replaced Tim Paine as a skipper of Australia in Tests following a sexting scandal that clouded Paine and later he stepped down from his role to take care of his mental health.

“He is also by far the most inspirational player in the Australia side, and even when he was replaced as captain this week, the team still played hard with thoughts of his reputation in mind. Cummins acquired the appropriate nickname Postman Pat before he was appointed captain. He is accorded this handle because he regularly delivers, often providing Australia with a wicket when it’s needed,”

Chappell wrote in his column.

“There is a lot to like about Cummins’ appointment, and he certainly delivered in his first captaincy Test with a five-wicket innings haul at the Gabba. Will Cummins have days where it doesn’t all go exactly to plan? Too right – that is the life of a captain and any leader anywhere in the world. However, Cummins will improve as a captain because that is what good leaders do: they learn from their mistakes and try to avoid making them in the future,”

Pat Cummins is not currently part of the Australian playing X1 in the ongoing Test as he was found in close contact with the person who tested positive for Covid-19.

The question which is unanswered yet is how many matches Cummins will not play following his injury or Covid regulations. His second Test issues were the ones that should have been avoided because having to miss the game is something you have to deal with.

“Cummins will become a really strong leader and elicit excellent assistance because he’s well respected. Eventually, he will be ranked as a good leader for all occasions. A lot of that will be based on his calmness and common-sense thinking,”

‘Root is an excellent batter but a poor captain’

The former Australian legend Ian Chappell has also pointed out his experience on the batting and captaincy skills of the current England Test captain Joe Root.

“Root is an excellent batter but a poor captain. It would not be unfair to describe him as an ordinary and unlucky captain. Rarely do you find a long-term captain who is lacking in imagination but is also lucky. A fortunate captain is usually lucky because the players believe he is some kind of miracle-worker and things tend to work out because of the team’s belief.”

“He is not an inspirational captain and this is indicated by the number of times his team work their way into a decent position but can’t finish the job. This happened again when, where after conceding 425 in Brisbane, England repeated their mistakes in Adelaide to leak 473 for the loss of nine. Another sign of Root’s inadequacy was the number of times he put an English fielder in a catching position following an uppish shot going to that area,”