“Foriegn Teams are confused over our preparations” says Mohammed Shami 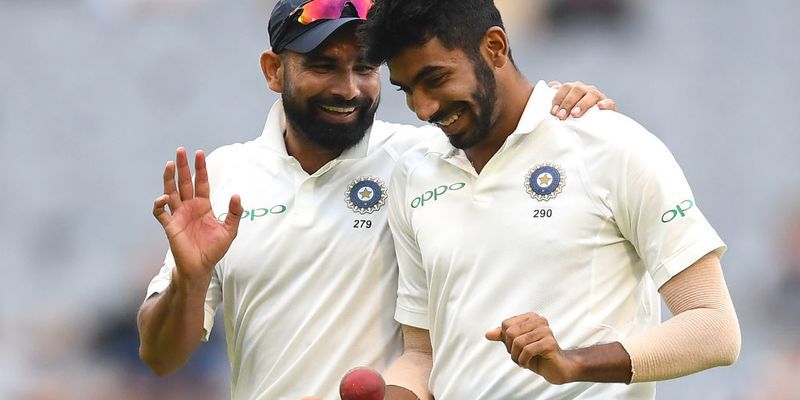 BCCI has selected a 20 men squad for the WTC final against New Zealand in June & test series against England in August. Mohammed Shami will be a part of India’s bowling line up which is strong & gives a feeling of confidence to the team. Shami, in a conversation with cricbuzz, mentioned that India’s bowling line up is a tough nut to crack by foriegn teams.

Ahead of flying to England for the World Test Championship finale and 5-match Test series against the hosts, the right-arm quick has stated that the opponents are confused over the type of wickets they should prepare for the current Indian cricket.

“I have always felt this way. Be it our spinners or our pacers, our unit is such that it confuses those foreign teams as to the kind of wicket they should prepare for us. If they give us a spinning track, they know that Indians are famous for their spinners, but today, even if they give us a seaming track, they are aware that Indian pacers are not going to let them breathe. The unit has created major headaches to oppositions.

“They know our batting might but now they are troubled by the bowlers too, unable to understand how they should manage our bowlers. ‘Should we give a spinning track or seaming track, they are confused.’ We accept that we have 3-4 quality spinners and 3-4 quality pacers, now you give us whatever you want to,”

Since October 2018, India’s has just lost 1 out of 8 test series & if they win the WTC final against NZ & the series against England, Team India will surely manage to amplify themselves in the world of cricket. Fans and cricket experts are enthusiastically waiting to see India bowlers with the Dukes in their hand. It was in 2007 that India last won a Test series in England.