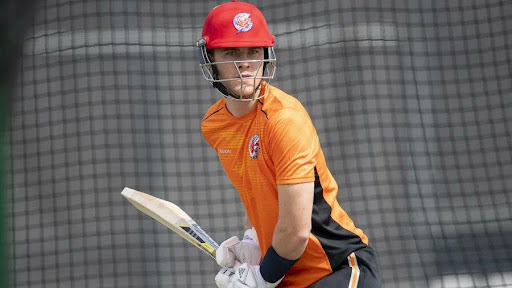 New Zealand opening batsman, Finn Allen after being fully vaccinated has tested positive for Covid-19, 48 hours after he arrived in Bangladesh.

New Zealand opening batsman, Finn Allen has tested positive for Covid-19 after he arrived in Dhaka, confirmed the news by New Zealand Cricket on Tuesday.

He has been representing Birmingham Phoenix in the hundred contesting in England before arriving in Dhaka. Despite being fully vaccinated, he is experiencing moderate symptoms, the statement added.

While he has been in quarantine, he is being treated by the BCB chief medical officer.

“He has been in contact with NZC’s chief medical officer and will be monitored during his stay in quarantine by BLACKCAPS doctor Pat McHugh,”

“He’s comfortable at the moment and hopefully he’ll recover quickly; test negative and be cleared and approved for discharge as soon as possible.

“The Bangladesh cricket authorities have been extremely professional in their response and we’re grateful to them for that. They’re treating the matter very seriously,”

“A decision on whether Allen will be replaced in the squad has not yet been made,”

No replacement has been announced. The other squad members arrived in Dhaka on Tuesday.

The rest of the team will start training from august 27 after three days of quarantine at the team hotel.

Allen has been in contact with the New Zealand chief medical officer. He will have to give negative tests for Covid-19 and after then, he will be allowed to re-join his teammates.

New Zealand will play five T20 series against Bangladesh. The first T20 match will be played on Wednesday, September 1.