A song of Ice and Fire!

Two sides who are desperately searching for the triumph are going to cross each other’s path on 5th May in the battle no. 50 of the Indian Premier League Season 15. As the Barbarian Prince Rishabh Pant’s Delhi Capitals are set to lock horns with Sunrisers Hyderabad led by smiling assassin Kane Williamson at the historic venue of Brabourne Stadium.

A battle of Ice and Fire between two skippers who are defining modern-day cricket with their diverse approaches to each other. The young skipper of the capital city is having a quest to gain back the mastery of consistency for which the Delhi-based franchise was well-known for the last few seasons. On the other hand, the Sunrisers have suffered two consecutive defeats after cruising on a triumphant run of five games.

Khaleel Ahmed may return to the DC playing eleven after missing the last two fixtures due to a hamstring stretch during the Rajasthan Royals game. The Saurashtra speedster Chetan Sakariya may make the way for Khaleel after an expensive wicketless performance in the previous fixture. While a quickfire 37 in a close chase against Lucknow Super Giants should be enough for Mitchell Marsh to cease his place in the DC lineup.

Kane Williamson is the kind of a captain who tends to retain the same playing XI and always avoids the changes unless they are obligatory. Since the return of Washington Sundar, the Telangana-based franchise has entrusted the same playing eleven despite the results not going in their favour. Although the fierce J&K youngster Abdul Samad is eagerly waiting for his turn to be back in action, the recent emergence of Shashank Singh has prolonged his comeback.

The consistency levels of the Delhi Capitals have deteriorated so much that the Finalists of the 2020 edition are yet to register consecutive victories this season. The table-toppers of the previous season are struggling hard to survive in the race to the playoffs after winning only four out of the nine fixtures of the fifteenth season. Despite the slow start, they gave it all against the LSG bowling unit in a thrilling 196 chase and fell short by just six runs at the end.

On the other hand, Hyderabad has a golden opportunity to win this encounter and go two points clear of RCB whom they dethroned to enter into the Top 4. The 2022 IPL campaign was initiated on a doleful note for their fans as the Orange Army miserably lost the first two fixtures of the season. Then the triumph-chariot of Sunrisers kick-started after their convincing victory over Super Kings and ended with a thrilling defeat against the Titans, lasting for five games.

SRH is at the cutting edge in this rivalry with a slightly better head-to-head record of 11 victories over its counterparts. While the Capital based franchise has registered nine wins from 20 face-offs with Hyderabadi Eagles. They opened their win account in the 5th encounter against Sunrisers but went to dominate the rivalry in the latter stages as the result of the last three clashes have gone in favour of Blue forces. 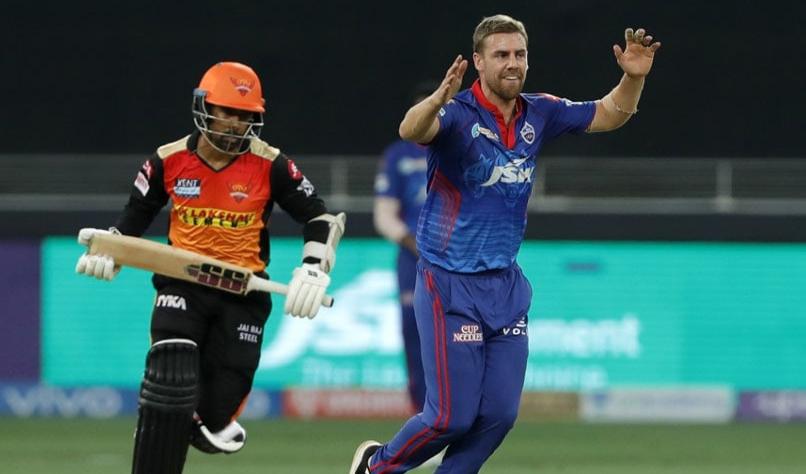 The most recent chapter of this rivalry was won by the Delhi franchise having eight wickets in spare. Firstly they restricted the Orange Army to 134 at the completion of 20 overs and then the top order chased it down comfortably in the 18th over itself. The Capitals are missing the services of their Ace pacer Anrich Nortje who received the Player of the Match honor in that game for picking two wickets and giving away only 12 runs from the 4 overs quota. 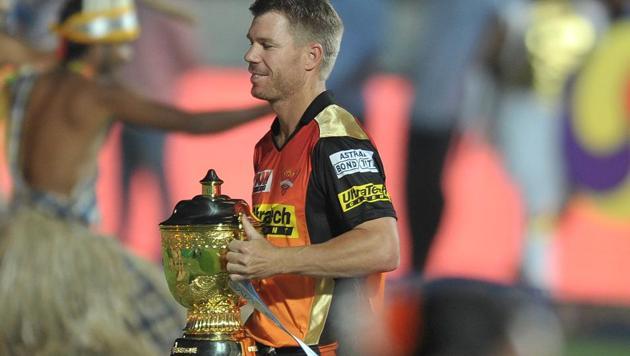 David Warner: The former captain of Sunrisers Hyderabad who led them to their first and only IPL glory in the 2016 edition will play the first game against his former side since 2013. Before joining the Orange Army in 2014, Warner was part of the Delhi franchise where he faced SRH twice but could fetch eight runs only.

David the dynamite is roaring on his reunion with the franchise which brought him on the IPL stage even before his international breakout. The 35-year-old explosive Aussie opener has played three consecutive 60+ innings and will be out on a hunt for redemption after his exclusion from the Sunrisers setup.

Rahul Tripathi: It’s been a long time since the pivotal SRH batter has scored big runs for the Orange side. In the last game, he suffered the fate of a golden duck against his Maharashtra teammate Mukesh Chaudhary as the Hyderabad middle-order collapsed in a big run-chase.

The Pune-based batter also got out on duck in the first game of the 2022 campaign but then went on to score 205 runs in the next five innings with an astonishing strike rate of 178.

It will be an exciting contest when the high-profile DC batting lineup will be up against the counterparts who are widely considered one of the deadliest bowling units of this season. Although the result will mainly depend on how the two commanders moderate the game’s flow.

The match between Delhi and Hyderabad always delivers an intense cricketing action-packed evening and we predict Hyderabad to come out on top in this fixture.