Chennai Super Kings have had a horrendous IPL 2022 campaign so far. Ravindra Jadeja’s team has lost all of their first four matches and given that we are already into the third week of the competition, it is high time for them to embark on a winning spree if they want to keep harbouring playoff hopes.

On the other hand, Royal Challengers Bangalore have had a pretty flawless tournament so far. They started their campaign with a defeat, but then made a stunning comeback and will be coming into this fixture on the back of three consecutive triumphs.

Chennai Super Kings faced Kolkata Knight Riders in their opening encounter, where they batted first and scored only 131 runs before the Knights chased the target down in 18.3 overs. The batting display was significantly better in their second game against Lucknow Super Giants as CSK scored 210 runs, but owing to undisciplined bowling, KL Rahul’s Lucknow managed to chase the target with three deliveries to spare.

Jadeja’s team bowled first for the first time in their third outing against Punjab Kings and conceded 180 runs. However, the batting contingent failed to deliver this time around as all they could muster up was 126. The last match against Sunrisers Hyderabad saw Chennai scoring 154 runs while batting first, but they never really looked convincing with the ball as the Orange Army chased the target comfortably in 17.4 overs, losing only a couple of wickets in the process.

Royal Challengers Bangalore started off with a defeat against Punjab Kings where they did well to score 202 runs but failed to defend the total. However, Faf du Plessis’ boys have not had to look back ever since. In their second match, the Bold Army restricted Kolkata Knight Riders to a meek total of 128 runs before crossing the finishing line in 19.2 overs.

The bowling display was once again top-notch in their third outing where they restricted a formidable Rajasthan Royals’ batting unit to 169 runs before their batters chased it down in 19.1 overs. In RCB’s last game against Mumbai Indians, du Plessis & Co. bowled first and conceded 151 runs, which they then chased down without breaking a sweat in 18.3 overs.

Chennai Super Kings hold the upper hand against Royal Challengers Bangalore in terms of head-to-head records, as they have won 18 of the 29 meetings against the boys in black and red. Bangalore has emerged victorious on eight occasions, with two fixtures not yielding a winner. The last completed game between these two sides saw CSK registering a 69-run triumph, with captain Jadeja being the star performer. 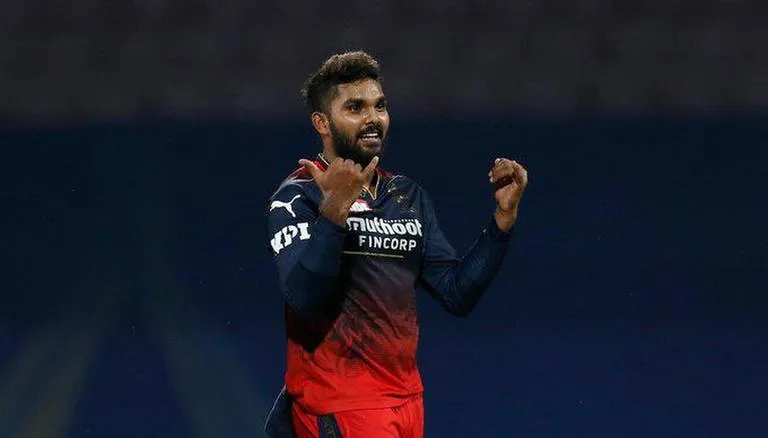 Dwayne Bravo: There are not many top performers to pick from in the CSK roster, but Dwayne Bravo perhaps has been the best among an underachieving lot. The wily old fox from West Indies has picked up 6 wickets in four matches at an average of under 20. He picked up three wickets in the opening tie against Kolkata Knight Riders and has since then scalped one wicket in each of his last three matches.

Wanindu Hasaranga: Wanindu Hasaranga has turned out to be a brilliant investment for RCB since not many batters have been able to decipher the Sri Lankan mystery spinner this season. He has picked up 8 wickets in four games, maintaining an average of 15. Hasaranga scalped a four-fer against Kolkata Knight Riders, got two wickets against Mumbai Indians and picked up one wicket apiece against Punjab Kings and Rajasthan Royals.

Chennai’s head-to-head supremacy is unlikely to be a factor in this game since Bangalore is looking like a much better side on paper and will also have momentum in their favour. Hence, we have predicted du Plessis’ men to register their fourth consecutive victory.