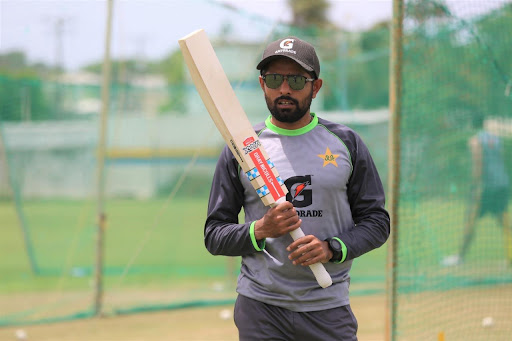 Pakistan captain Babar Azam is without a doubt one of the best players in the world in the current era while former New Zealand all-rounder Scott Styris called Babar the “number one man going around” and said that a “special delivery” will be needed to dismiss the Pakistan skipper.

Pakistan captain Babar Azam is without a doubt one of the best players in the world in the current era. After his ODI debut in 2016, the 27-year-old batter has played 92 matches, scoring 4664 runs and 17 centuries.

Babar also has extraordinary numbers in Tests and T20Is, scoring 3122 and 2686 runs respectively. However, Babar is getting ready for the upcoming Asia Cup. The tournament high-octane clash between Pakistan and India will be played on August 28 in Dubai.

The fans are eagerly waiting for the game while all eyes will be on Babar Azam and Virat Kohli forms. As the match is just around the corner, former New Zealand all-rounder Scott Styris called Babar the “number one man going around” and said that a “special delivery” will be needed to dismiss the Pakistan skipper.

“I’m not so sure. I think what you would say is if India could win, any team could say I’ll give you 16 Babar Azams, and then you’re out. They would take it every day of the week. He is that good. He is the number one man going around. Look there’s usually what you look to do is to give him a single and get him off strike and bowl the guy at the other end. And I think that’s not something new. That’s been around for a decade or two, or three decades. So that sort of strategy to Babar Azam, I think he’s used to it, and I’m not sure that will work,”

“I think you’ve almost got to be brave. Be a little bit risky and try that magic delivery that you might be a little afraid to bowl because if you get it wrong, it can go out of the park. After all, it’s going to take a special delivery to get somebody like him out in the form that he’s in. He’s that good player at the moment and that’s perhaps the strategy. As it is, I think I’d probably need a few more hours of studying film to work out any genuine weaknesses that he has, but as it is just you’ve got to be aggressive and go after it,”

Pakistan star Pacer Shaheen Afridi has been ruled out of the tournament due to a knee injury while Mohammad Hasnain has been named as the replacement for Afridi.

“Not being able to defend totals without Jasprit Bumrah has