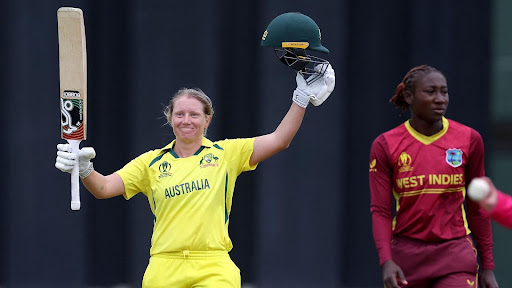 Tournament favourites Australia waltzed into the final of the Women’s ODI Cricket World Cup with a resounding 157-run victory over the West Indies in Wellington. Meanwhile, defending Champions England thrashed South Africa by 137 runs on the back of Danni Wyatt’s century and Sophie Ecclestone’s stunning six-wicket haul to reach the finals.

The two arch-rivals will square off against each other on Sunday, April 3rd to lay their hands on the elusive trophy.

Despite being asked to bat first on a green pitch and damp weather, the Women in Yellow racked up 305 for the loss of three wickets, after the game was reduced to 45 overs per side.

Alyssa Healy crunched a sparkling 129, adding 216 with opening partner Rachael Haynes, who made 85. They were helped by a sloppy performance from West Indies, who wasted the new ball and dropped four catches. Off-spinner Anisa Mohammed collapsed with a hamstring injury while chasing a ball to the boundary and bowled only two overs.

They made light of the absence of Ellyse Perry, the star all-rounder missing out with a back injury but Australia didn’t need her the way they performed in the semi-final.

Faced with what would have been the highest successful chase in a women’s one-day international, West Indies were immediately hit by Beth Mooney’s outrageous catch to dismiss Rashada Williams. From there, West Indies’ approach was cautious, and their refusal to go for the chase killed the spectacle.

In the end, with Mohammed and Henry unable to bat, Australia recorded the biggest margin of victory in terms of runs in this year’s competition and all World Cup knockout matches. 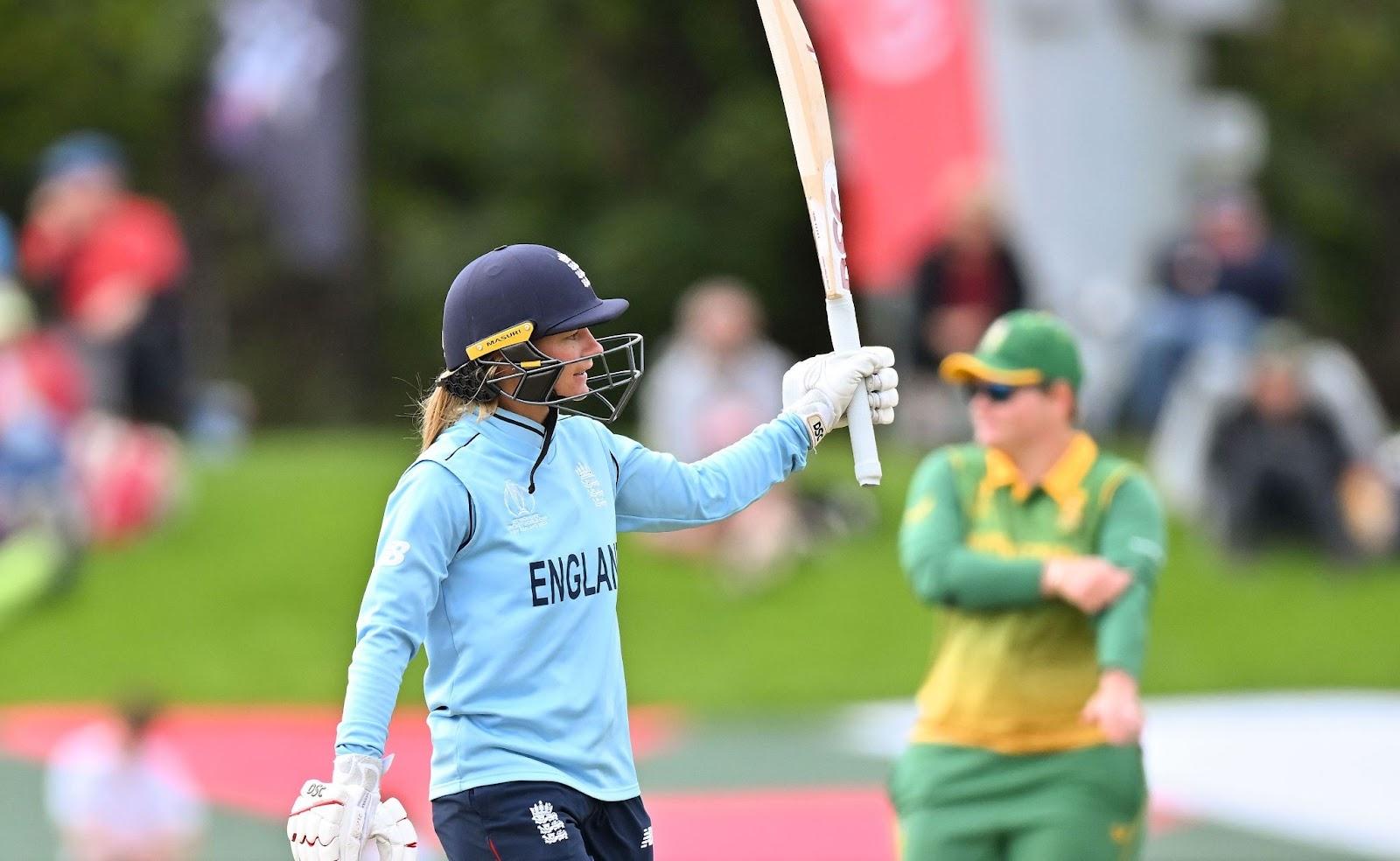 Danni Wyatt played an innings of 129 runs off 125 balls

Defending champions England showcased their most complete performance of the tournament by blanking South Africa to register a convincing 137-run victory. Opener Danni Wyatt made 129 off 125 deliveries to help England put an imposing 293 on the board for the loss of eight wickets at Hagley Oval after South Africa won the toss and elected to field.

While Wyatt certainly played several delightful shots, she was well supported by the Proteas fielders. Wyatt was dropped four times in the game and South Africa paid the price heavily.

It was a sigh of relief for South Africa when they dismissed Wyatt but Dunkley and Sophie Ecclestone left no stone unturned with the former hitting 60 runs off 72 balls and the latter, who came in late into the game, scored five fours in the 11 balls that she faced.

Seamer Anya Shrubsole pressed the advantage by removing both South Africa’s openers cheaply. South Africa’s chase came crashing down when they lost their best batter, opener Laura Wolvaardt, to Shrubsole for a two-ball duck in just the second over of the innings followed by Shrubsole dismissing their other opener- Lizelle Lee in her second over.

Then, the world’s top-ranked spinner Sophie Ecclestone took 6-36 to close out the victory. She ruled the second half of the innings after she was introduced into the bowling attack. In just eight overs of her bowling, she managed to dismiss the middle order and the lower order and grabbed a six-wicket haul, thereby sending South Africa home for 156 runs, and winning the game by a whopping margin of 137 runs.

Having started the tournament with three straight defeats, Heather Knight’s England has rebounded with five wins. A proper team effort from the defending champions helped them make their way into the finals twice in a row.