Injured Mitchell Marsh to link up with Delhi Capitals squad  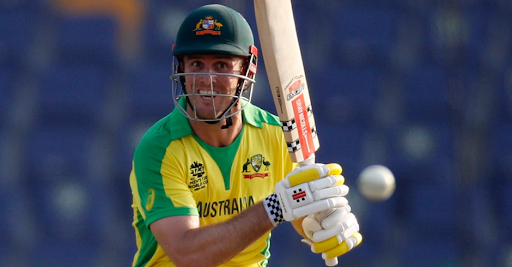 Australian all-rounder Mitchell Marsh has been ruled out of the remainder of the white-ball series in Pakistan with a hip injury. However, the all-rounder will now travel to India to join Delhi Capitals where his injury will be assessed by New South Wales physiotherapist Patrick Farhart.

Marsh is thus expected to be the second player for the franchise, after Anrich Nortje, to continue his rehab in the Capitals squad.

“Being able to focus on my recovery without the travel and isolation break is the best approach. I am disappointed to miss the Pakistan series but look forward to re-joining the Australian squad for our next tour,”

Marsh said in a Cricket Australia statement on Wednesday.

Marsh had picked a hip flexor injury a day before the opening ODI between Pakistan and Australia and was initially ruled out of the first game only. It added to the uncertainty around Marsh’s IPL participation for the third year in a row after he had missed the 2021 edition because of bubble fatigue and had picked up an ankle injury early in the 2020 edition.

The 30-year-old, who was bought for Rs 6.5 crore by the Capitals in the IPL 2022 auction last month, will now manage his recovery under the guidance of physiotherapist Patrick Farhart, who has been with the Capitals since the 2020 IPL season.

”Marsh will travel to India to link with the Delhi Capitals squad where former Australian and current New South Wales physiotherapist Pat Farhart will manage his recovery following an isolation period,” Cricket Australia said in a statement on Wednesday.

Marsh was originally going to miss the Capitals’ first three games as he was a part of the Australian limited-overs team for the series against Australia. His arrival in India will boost the Capitals, who had only two of their seven overseas players available for their opening game against Mumbai Indians, which they won by four wickets.

While they wait for Nortje to complete his rehab and regain match fitness, the Capitals will have fast bowlers Lungi Ngidi and Mustafizur Rahman available for their next match on Saturday as they have completed their quarantine.

Also Read, IPL media rights tender is expected to be out on March 28; likely to have four bundles

David Warner will be the Capitals’ last overseas player to join them, and he will miss their second game too as he had to fly back to Australia from Pakistan after the Test series.

Talking about Marsh’s IPL career, the right-handed batter has scored a total of 225 runs in 21 matches he has played. The numbers don’t do justice to his potential though as he only averages 17.31. In bowling, the right-arm-pacer has scalped a total of 20 wickets in the cash-rich league.

However, Marsh has been one of Australia’s best white-ball players in recent times. He was a member of Australia’s T20 World Cup-winning side last year, scoring an unbeaten 77 in the final against New Zealand to help Australia clinch their maiden title.

Delhi Capitals had won their IPL 2022 opener against the Mumbai Indians by four wickets. Chasing 178, Lalit Yadav and Axar Patel starred with the bat for the Rishabh Pant-led side. The Delhi Capitals will next play Gujarat Titans on Saturday.