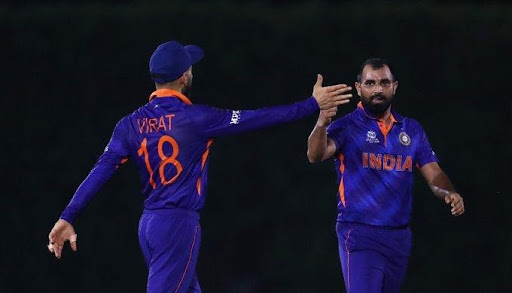 Indian skipper Virat Kohli hits back at the ‘Spineless and pathetic’ religious critics who targetted the most senior paceman Mohammad Shami after Pakistan beat India by 10 wickets at Dubai International Cricket Stadium.

Indian skipper Virat Kohli hits back at the trolls that blockaded Mohammed Shami on social media based on spineless and pathetic religious critics after India suffered a 10-wicket loss to Pakistan in the opener of T20 World Cup 2021.

Backing the most senior Indian paceman Mohammad Shami, Virat Kohli condemned the unethical comments that the 31-year-old received on his social media account.

“Attacking someone over their religion is the most pathetic thing one can do as a human. That is a very sacred and personal thing. People take out their frustration because they have no understanding of what we do,”

Kohli told reporters in Saturday’s pre-match press conference on the eve of the Super 12 encounter against New Zealand.

“We’re playing on the field, we’re not a bunch of spineless people on social media. This has become a source of entertainment for some people which is very sad. All this drama created on the outside is based on people’s frustrations,”

“We stand by by him 200 percent. Our brotherhood in the team cannot be shaken.”

Speaking about their upcoming game against New Zealand, Virat Kohli said that the all-rounder Hardik Pandya is now completely fine after taking a blow on his shoulder while batting against Pakistan.

Kohli received a question regarding the inclusion of Shardul Thakur and the skipper replied with confidence on the newcomer. He said that Thakur is s strong contender and they have eyes on him.

“He (Shardul) is a guy who is definitely in our plans, constantly making a case for himself. He is someone who can bring a lot of value to the team. What role he plays, or where, is something that I can’t talk about right now.”

Kohli was also asked a question about the statement of Trent Bolt before the match in which he said that he would try to replicate Pakistan’s Shaheen Afridi who picked up three wickets against India.

“We obviously will come up against some quality bowlers in this competition and the intensity which this tournament operates at is very different. So we know that we have played against these individuals, it is not something out of the ordinary that is going to come our way. It all depends on how we take the field mentally and how we counter it if Trent says he wants to replicate what Shaheen did against us then he is motivated to do so and we need to be motivated to put pressure on him and counter that,” 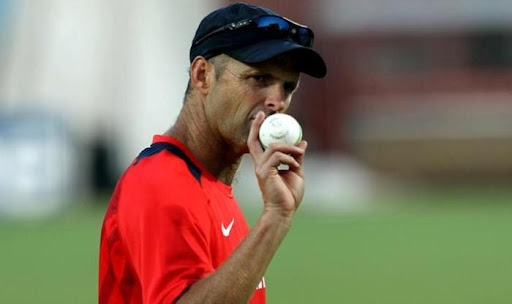