After a promising start, Afghanistan had a poor second half

Afghanistan had a fantastic start to their Asia Cup 2022 campaign, as the Afghans won both of their group stage matches. However, they took a nosedive in the Super Four stage and ended up losing all of their three matches, thereby finishing at the bottom of the table.

Let us check out the report card of the Afghanistan players:

Hazratullah Zazai (6/10): Hazratullah Zazai has always been a hit-or-miss batter, and his Asia Cup 2022 campaign was on similar lines as well. The left-handed opening batter scored 93 runs at an average of 23.25 and a strike rate of 102.19.

He had a good start to his campaign, scoring 37 not out against Sri Lanka. However, ever since then, Zazai’s form has only gone downhill and he could not cross the 25-run mark in any of the next four matches.

Rahmanullah Gurbaz (8/10): Rahmanullah Gurbaz proved why he is rated so highly across the globe and is wanted by many T20 franchises, as he was one of the better batters for his team. The youngster scored 152 runs at an average of 30.40 and a strike rate of 163.44.

The 20-year-old’s best knock was against Sri Lanka in the Super Four, where he launched a one-man fight against the Lankans and scored 84 runs. Besides that, he also scored 40 runs in the first match against Sri Lanka.

Ibrahim Zadran (9/10): Like Gurbaz, Ibrahim Zadran is another young batting prodigy from Afghanistan who is garnering interest from all around the world. He was the leading run-scorer for his team, scoring 196 runs at an average of 65.33 and a strike rate of 104.25. 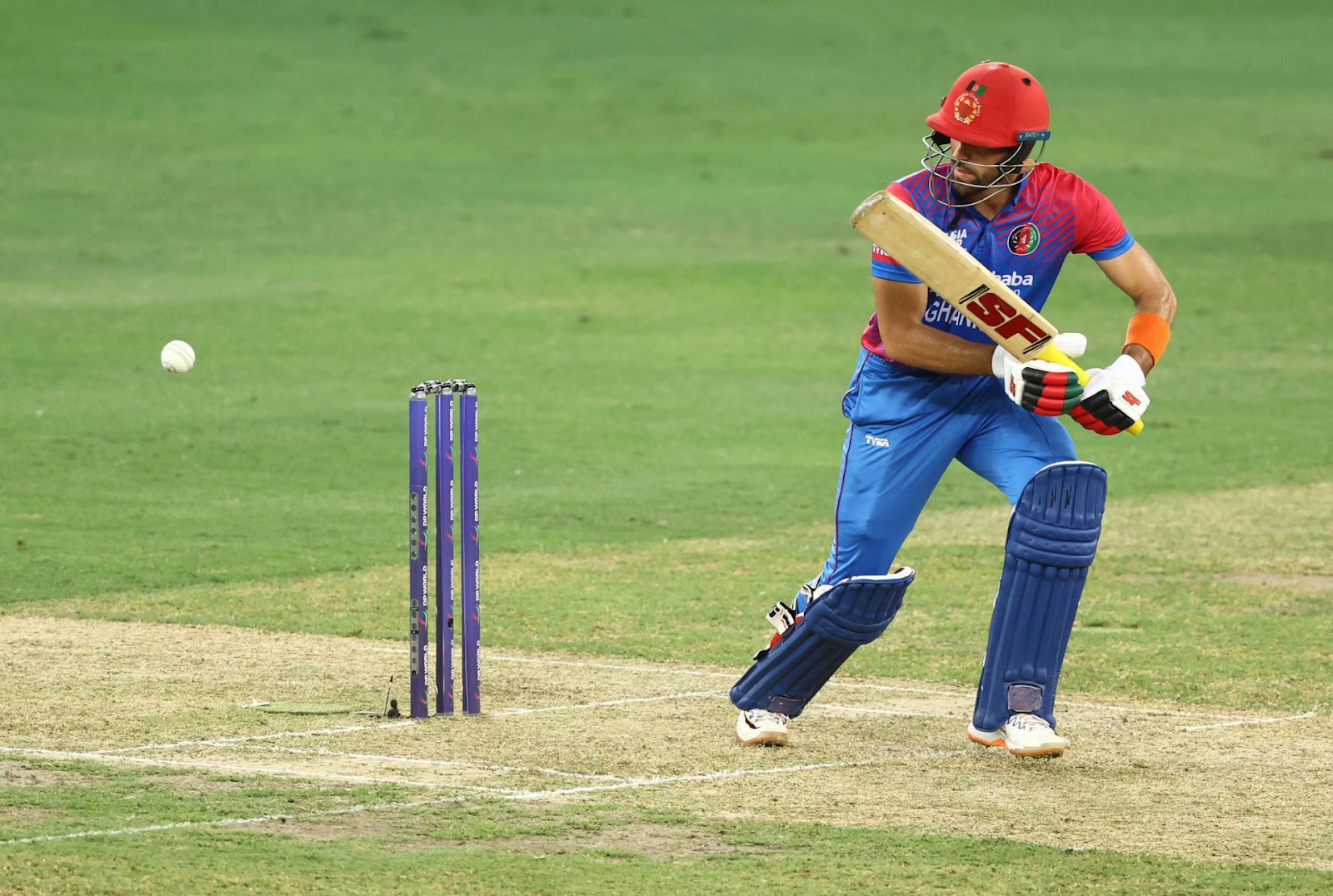 Ibrahim Zadran is one of Afghanistan’s biggest positives

The 20-year-old from Khost scored 35 or more runs in four of his first five matches, with the first match against Sri Lanka being the only exception. His best knock was an unbeaten 64 against India.

Karim Janat (1/10): Given that he is an experienced player and also plays in many T20 leagues, Afghanistan had high expectations from Karim Janat. However, the Kabul-born cricketer had a campaign to forget.

He scored only 17 runs in five matches at an average of only 8.50 and an equally poor strike rate of 70.83. Besides that, he was also not given a chance to redeem himself with his medium-pace bowling.

Najibullah Zadran (6/10): Najibullah Zadran blew hot and cold in this competition. Overall, his numbers are not particularly impressive, as he scored only 72 runs at an average of 24, though his strike rate of 171.42 is commendable.

The 29-year-old left-handed batter played a fantastic knock of unbeaten 43 runs in the match against Bangladesh, but barring that game, he could not cross the 20-run mark in the other four outings.

Mohammad Nabi (4/10): Skipper Mohammad Nabi also did not have a satisfactory campaign, given his pedigree and many years of experience. He scored only 16 runs at an average of and a strike rate of 76.19.

His bowling performance was comparatively better, but not outstanding either. He picked up 3 wickets at an average of 7.47 runs. Two of those wickets came in the first match against Sri Lanka.

Azmatullah Omarzai (2/10): Azmatullah Omarzai is an upcoming all-rounder with great potential, but his Asia Cup 2022 campaign was not anything worth remembering. The 22-year-old scored 11 runs only, coming at a strike rate of 68.75.

What will disappoint the team management, even more, is his bowling performance. Omarzai bowled four overs, in which he conceded 41 runs at an economy rate of over 10 and could not pick up any wickets.

Rashid Khan (7/10): Rashid Khan was one of Afghanistan’s better performers in this competition, but he has set the bar so high for himself that his numbers still seem not up to the mark. He picked up 6 wickets at an average of 21.83 and an economy rate of 6.55 runs per over.

Besides that, he was also influential with the bat, scoring 42 runs at an average of 21 and a strike rate of 102.43. His best performance was a knock of 18 runs and two crucial wickets against Pakistan.

Samiullah Shinwari (NA/10): It will not be fair to give a rating to Samiullah Shinwari, simply because he did not do anything in this competition. The all-rounder was selected in the playing XI for the first match against Sri Lanka.

However, the 34-year-old from Nangarhar did not get a chance to either bat or bowl. It was his last appearance as the team management preferred the young Omarzai from the next match onwards. 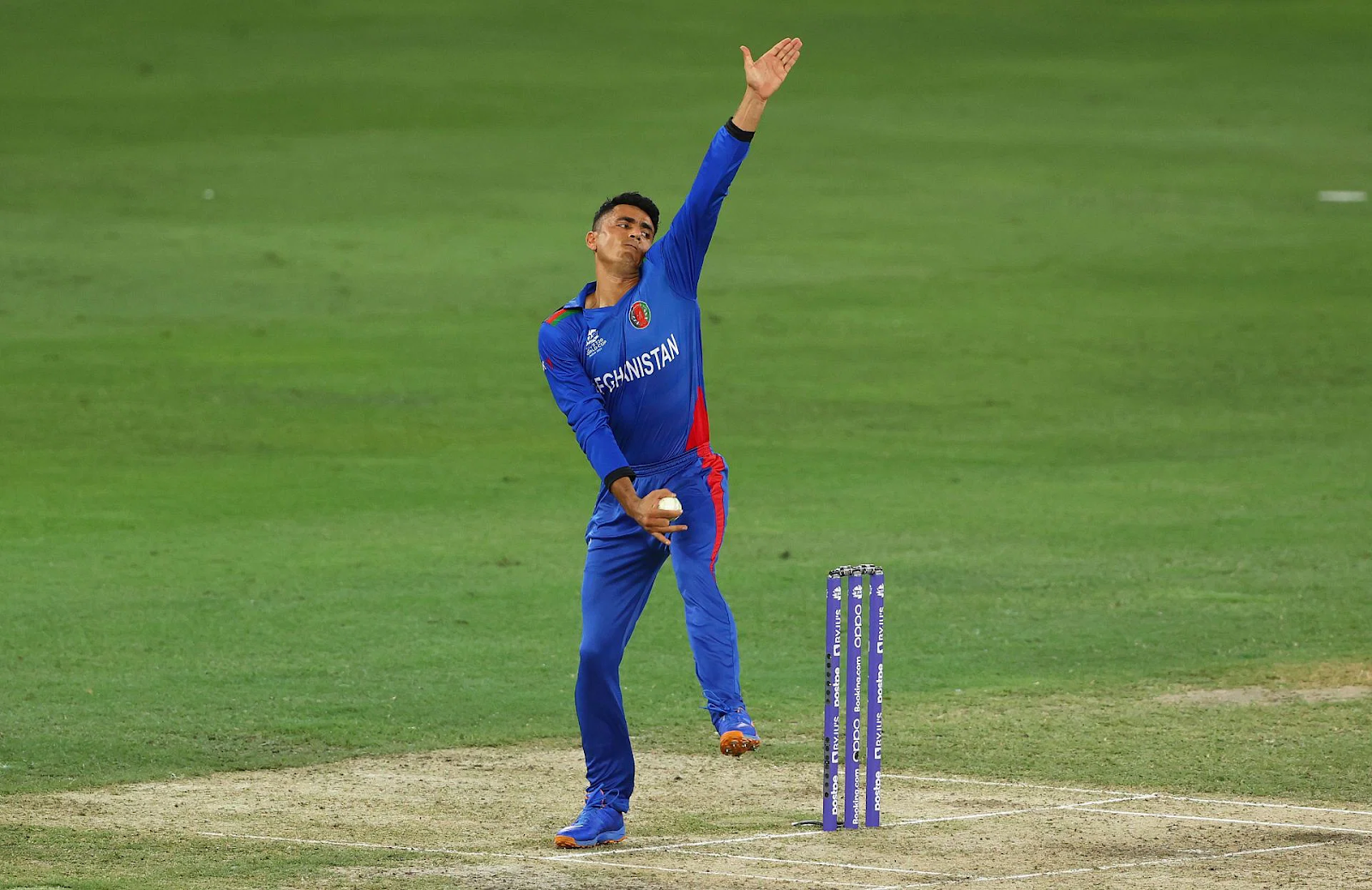 Mujeeb Ur Rahman (8/10): When it comes to solely the bowling department, Mujeeb ur Rahman was Afghanistan’s best player as he topped the wicket-taking charts with 7 wickets. Besides that, he also maintained an impressive average of 15.86 and an economy rate of fewer than 6 runs per over.

Mujeeb’s best performance was a three-wicket haul against Bangladesh. Besides that, he also contributed 18 runs with the bat, which came at a strike rate of 138.46.

Fazalhaq Farooqi (7/10): Barring that one poor over where Pakistani speedster Naseem Shah smashed two back-to-back sixes off his bowling, Fazalhaq Farooqi had a pretty decent campaign. In 5 matches, he picked up 6 wickets at an economy rate of just over 8 runs per over.

His best performance was in the first match against Sri Lanka, where he picked up a three-wicket haul by conceding 11 runs. Keeping the two sixes aside, Farooqi also picked up three wickets in that Pakistan match.

Naveen-ul-Haq (5/10): Naveen-ul-Haq did not have a particularly impressive campaign, given that he has previously shown what he is truly capable of producing. He picked up 3 wickets in as many matches, maintaining an economy rate of 8.54 runs per over.

His best performance was in the second match against Sri Lanka, where he picked up 2 wickets. However, the 22-year-old ended up conceding 40 runs and subsequently lost his place in the playing XI.

Fareed Ahmed (7/10): Fareed Ahmed was one of Afghanistan’s best bowlers in terms of providing breakthroughs, as he picked up 5 wickets in two matches. He took 3 wickets against Pakistan and the other 2 wickets came against India.

However, on the flip side, Fareed was Afghanistan’s worst bowler in terms of containing runs. He conceded 11 runs per over, which is the worst economy rate recorded by any Afghan bowler.

Waqar Younis: When I first saw Naseem shah, I felt