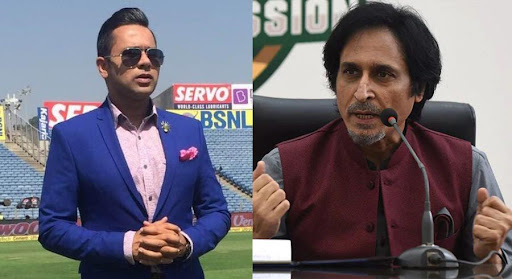 Pakistan Cricket Board (PCB) chairman Ramiz Raja has shown his intent to bring an auction system in the PSL to bring major changes and to take the league to new heights.

Pakistan Super League (PSL) is currently following a draft system for the past seven editions of HBL sponsored PSL, where the price limit is set according to the category of the player.

Pakistan Cricket Board (PCB) chairman Ramiz Raja has shown his intent to bring an auction system in the PSL to bring major changes and to take the league to new heights.

“The market forces are conducive, but we’ll sit down with the franchise owners to discuss it. This is a game of money. When the cricket economy grows in Pakistan, our respect will rise. The main driver of that financial economy is the PSL. If we take the PSL to auction model to increase the purse, then I’ll put it in the IPL bracket. And then we’ll see who goes to play the IPL over the PSL,”

Meanwhile, the former Indian opener Aakash Chopra responded to Ramiz Raja’s statement and said that the market dynamics will not allow the franchises to buy the players at the same price as done in the Indian Premier League.

“If the auction system is introduced price limit will increase, but you won’t see a player being sold for ₹16 crores in PSL. It is not possible. Market dynamics are not going to allow that to happen. It’s as simple as that,” said Aakash on his official YouTube channel,”

“The biggest thing that India has is the people who watch the game, and they’re the ones who pay a lot of money. Our population of 130 crores is an asset,”

Further, Aakash Chopra said that the number of viewers watching the league determines the value of that event.

“You don’t have 100 crore people. Suppose Rohit Sharma plays in the PSL. Do you think the broadcaster, who was, let’s assume, earlier paying 7000 crores, will suddenly increase the money to ₹35,000 crores? It isn’t as if more people in Pakistan will start watching because a Virat Kohli or a Rohit Sharma is playing in PSL. You can maybe consider a 10 percent increase in viewership from the NRIs, but that is not going to suddenly increase your valuation,”

The upcoming edition of IPL starts from March 26 where the most successful team of IPL; Chennai Super Kings led by MS Dhoni will lock horns with two times champion Kolkata Knight Riders in Mumbai.