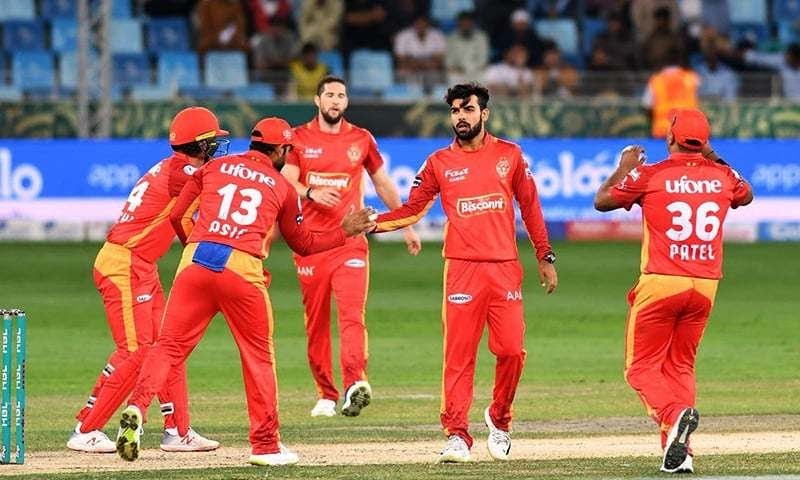 The top two sides from the Pakistan Super League 2021 season, Islamabad United and Multan Sultans will clash at the Sheikh Zayed Stadium in Abu Dhabi in a bid to qualify for the big finale.

Islamabad United topped the league stage of the ongoing PSL season by a comfortable distance courtesy of their strong batting performances throughout the tournament. The Johan Botha-coaches side gathered 16 points in the 2021 PSL season by winning 8 out of their 10 matches.

The ferocious opening pair of Colin Munro and Usman Khawaja followed by the talent of Shadab Khan, Asif Ali, Hussain Talat, and Brandon King makes United the best batting side in the tournament. The bowling attack is spearheaded by Hasan Ali and skipper Shadab Khan whilst Ali Khan and Fawad Ahmed are the overseas options with the ball in hand.

The restart of the PSL was great news in general for the Pakistani cricket fans and cricketing fans around the world as well but Multan Sultans had to replace most of their key overseas players as Chris Lynn, Carlos Braithwaite, James Vince, and Mahmdullah decided not to return for the remaining part of the season. Veteran all-rounder Shahid Afridi also had to sit out the remainder of the season after getting back surgery in May.

The Sultans still rallied and won four of their first five matches owing to excellent batting from their top three of skipper Mohammed Rizwan, former skipper Shan Masood, and Sohaib Maqsood. The bowling attack comprising of Sohail Tanvir, Imran Tahir, Imran Khan, and Blessing Muzarabani did their part making the Andy Flower-coached side one of the top contenders for lifting the cup at the end of the PSL season. 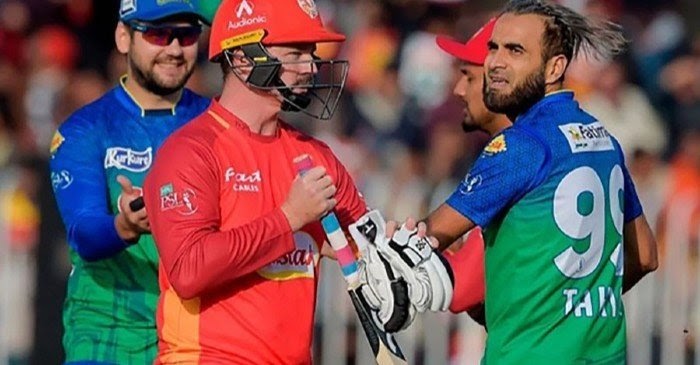 Colin Munro and Imran Tahir in a spat in PSL 2021

Multan Sultans was established in 2017 when the Pakistan Cricket Board announced the inclusion of a sixth team in the PSL. Since then, the Sultans have played in four PSL seasons facing Islamabad United eight times in the league stage.

Before the start of the PSL 2021 season, both Sultans and United had 3 wins each in the 6 league matches but United gained a clear advantage this season in the head-to-head record by winning both league matches, therefore completing a league double as well over the Multan-based side.

Luke Ronchi (233) has the most runs in this contest while United skipper Shadab Khan has the most number of wickets (8) in the matches between Islamabad and Multan in the history of PSL.

After returning from the unfortunate mid-season break, the Shadab Khan-led United side lost to Lahore Qalanders but bounced back and won all of its next five fixtures to top the league table by a comfortable distance.

On the other hand, Multan Sultans won all four fixtures after the resumption of the ongoing league season and jumped from 2 points to 10 points before losing to Islamabad United in the last league match of the season.

The Shadab Khan-led side has proved to be too strong for every team so far in the tournament losing only to Peshawar Zalmi and already eliminated Lahore Qalanders whilst beating both teams in return legs. Their batting might helped them create an all-time PSL record late into the season as Khawaja’s century powered United to 247/2, the highest ever score in the tournament.

On the other hand, Multan Sultans has swept past multiple teams after the restart of the ongoing season and were going into the playoffs in top form but a loss to a weakened United team on Saturday has dented Mohammed Rizwan’s hopes of lifting the PSL trophy.

Islamabad United sealing their qualification to the PSL 2021 final on Monday is Parimatch’s prediction with the New Zealand opener Colin Munro expected to be the star for his team. 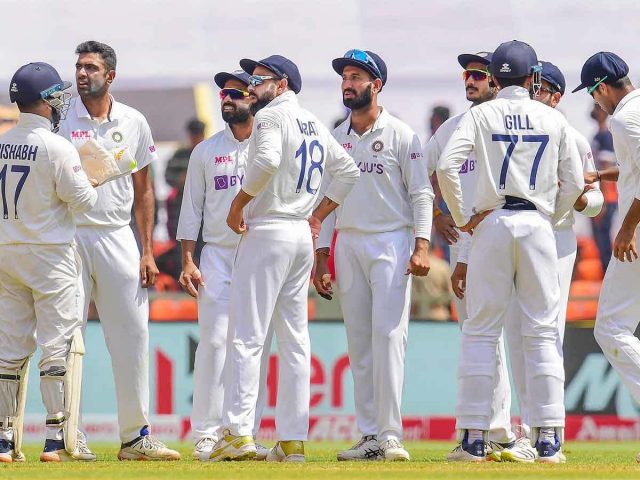 India vs England: Predicted XI for the 1st Test