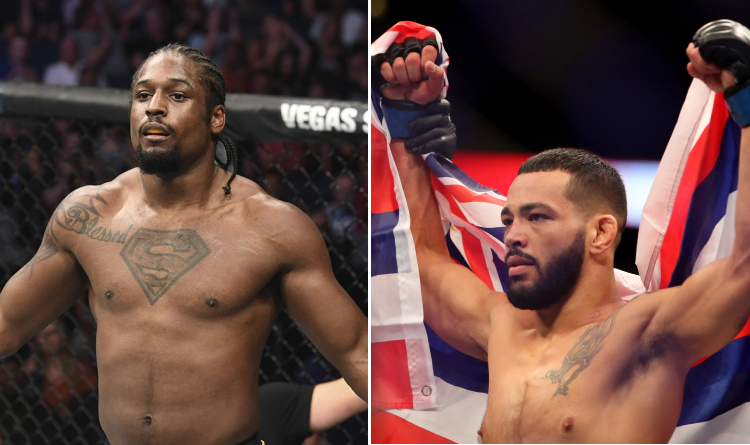 Spann and Ige inside the octagon

The UFC handed out “Performance of the Night” bonuses to 4 athletes: Spann, Ige, Davey Grant and Matthew Semelsberger.

Semelsberger opened the prelims in a contest against Jason Witt. At the beginning of the bout, Matthew knocked Witt down with a heavy straight right and followed it with 2 punches on the ground. The referee stopped the action at 0:16, and Semelsberger won the second clash in the UFC.

Grant took on Jonathan Martinez in the main event. Martinez scored a knockdown and took the opening round. Davey came back strong in the second heat. He outnumbered his rival’s significant shots 2.8 to 1 and knocked Jonathan out with a left hook at 3:03.

Ige faced former ECC champion Gavin Tucker. Gavin opened up quickly with a combination of punches, but Dan caught him with a straight left. Tucker fell to the canvas, and the referee intervened at 0:22.

Spann fought against Misha Cirkunov in the co-main event. Ryan knocked Misha down with a right; however, Cirkunov recovered and got back to his feet. Spann dropped his opponent to the mat once again, landed several strikes on the ground and triumphed by TKO at 1:11.

Leon Edwards and Belal Muhammad headlined the tournament. Leon dominated in the first round and landed almost twice as many power shots. However, Edwards accidentally poked his rival in the eye in the second heat. Muhammad was unable to continue fighting, as a result, the bout ended in a no contest.