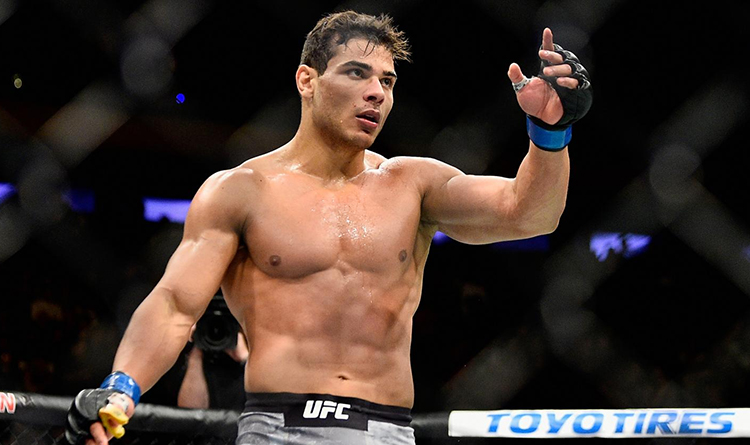 Costa faced Adesanya at UFC 253 and lost by TKO in the second round. Following the triumph, Adesanya rode Paulo from behind showing disrespect and addressed vulgar words to Costa’s corner. Borrachinha got furious when he saw Israel mounting him and asked for a rematch, but was rejected. On October 26, Paulo challenged Whittaker on Twitter.

Obviously, Borrachinha believes that a win over Robert will make him the number one contender. However, UFC president Dana White intends to give Whittaker the second title shot and set a rematch Adesanya vs Whittaker. In their first bout at UFC 243, The Reaper lost by KO in the second round. Nevertheless, he certainly earned the right to be next in line for the middleweight belt after defeating Darren Till and Cannonier in 2020.

The most logical step for matchmakers is to arrange a contest between Paulo and Cannonier as both men are coming off a loss. A potential fight Whittaker vs Costa might come true in case Adesanya decides to move up to the light heavyweight division to pursue a clash against Jan Blachowicz or Jon Jones. Israel recently revealed his plan to face Jones in International Fight Week in July 2021, but he is looking forward to defending his belt one more time. Therefore, Whittaker is likely to get a rematch in the first half of next year.