Joanna Jedrzejczyk is returning to UFC in 2021 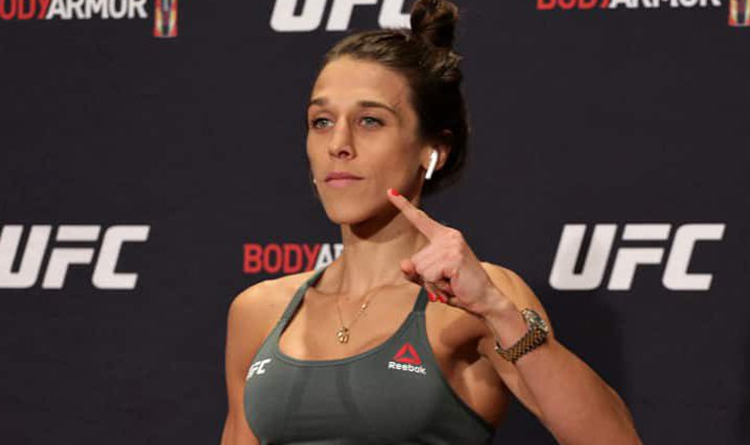 Former UFC champion Joanna Jedrzejczyk stated her plans to return to the octagon in 2021. The Polish MMA star is not retired yet and looking forward to winning the strawweight championship.

Joanna told that she could not get back to the USA because of security measures against COVID-19 infection. In Poland Jedrzejczyk exercises every day to improve cardio, grappling and boxing skills. But it is impossible for her to hold a full-fledged training camp without her coaches and sparring partners from the American Top Team located in Florida.

Jedrzejczyk schedules her comeback to the time when the UFC will get the green light to bring fans to arenas. Joanna needs live support from the audience and likes the atmosphere of fight nights. The Texas governor Greg Abbott has already allowed spectators to attend outdoor sport events in the state. Therefore, the UFC might get permission to hold tournaments with fans in attendance.

Joanna fought against Zhang Weili at UFC 248 for the UFC Women’s Strawweight Championship but lost by split decision. 71% of independent judges scored the contest in favor of Weili and put an end to disputes about Zhang’s controversial victory. Nevertheless, many fans still believe that Jedrzejczyk has been robbed. The Polish fighter is eager to get even with Weili and makes plans for the next title shot.

The Muay Thai queen had a 14-fights winning streak but lost four of six last bouts against top contenders of the UFC flyweight and strawweight divisions. However, she ranks third at strawweight and fifth in the women’s P4P rating.