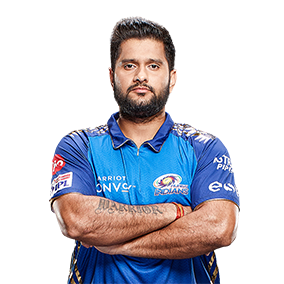 Saurabh Sunil Tiwary is an Indian cricketer representing the country in One Day Internationals and plays first-class cricket. In the initial days of the game, the left-handed batsman looked like the doppelganger of M.S. Dhoni. Tiwary started playing cricket at the age of eleven years and secured his place U-14 team of Jharkhand. He gave his best at the junior level and made his debut in the 2006-07 Ranji Trophy.

Saurabh was born on 20 December 1989 in Jamshedpur Bihar and gained popularity for his performance, batting-style, and look, which was similar to M.S. Dhoni. Tiwary played for Mumbai Indians from the inaugural season of the Indian Premier League. In 2010, the player became a key player for the franchise and helped MI reach the finals by scoring 419 runs in 16 matches.

In 2011, Saurabh was picked by Virat Kohli led Royal Challengers Bangalore but was dropped by the team in 2014. In 2020, Mumbai Indian picked up the energetic player for the season. He made his One Day International debut against Australia on 20 October 2010 and remained not out at 12 runs off 17 balls.

Saurabh married to Nikita Mishra in 2016. He and his better-half knew each other from childhood days, and their families used to live in the same colony in Jamshedpur Bihar.