Tisca Chopra unveils the cover of her new book 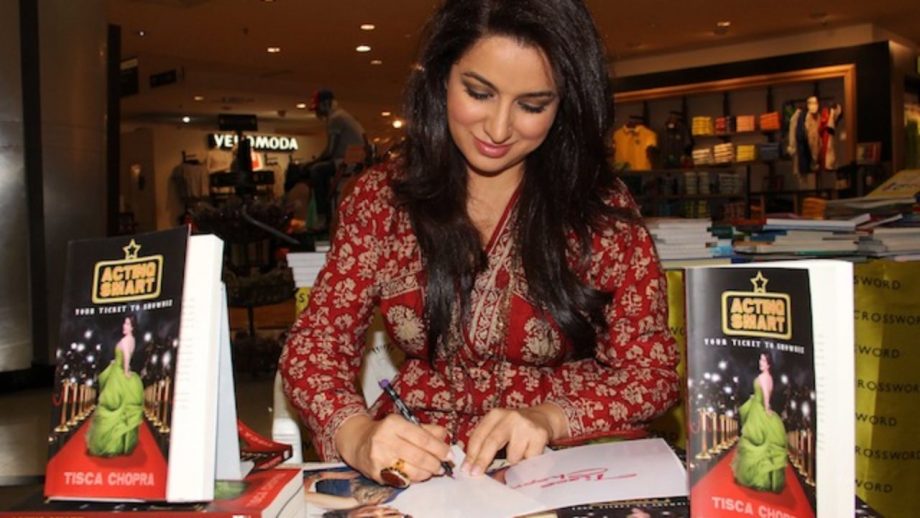 Tisca Chopra at the signing of her first book “Acting Smart”

Tisca Chopra, Bollywood actress & author of her first book “Acting Smart”, unveiled the cover of her second book “What’s up with me” on March 14th 2021.

Actress posted a picture of her with the cover of her second book:

“Thrilled to unveil the cover of my latest book — a friendly, practical and empathetic guide for pre-teen girls and their parents.”

“The book demystifies puberty and all the angst it brings, in a fun yet relatable way, while explaining the biology and science behind it all. Stay tuned for more information and insights from the book!”

Tisca’s first book “Acting Smart – Your ticket to showbiz” was published in 2014 & it was about hilarious anecdotes as well as sharp advice from some of the biggest names in cinema actors, agents, film-makers and casting directors. It was a knowledge sharing on how to take on the challenges of the mercurial quicksand of show business, but also a look into the working

of the creative maelstrom of the film industry. It received fairly good reviews from the critics & that, however, has motivated her to write her second book this year.

We wish all the best to Tisca with her new project.