U Mumba vs Bengaluru Bulls: Preview and Prediction 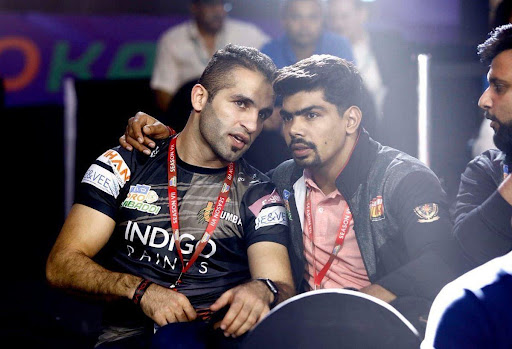 U Mumba will be taking on the storm of table-toppers Bengaluru Bulls in a rematch of season eight’s inaugural clash. Pawan and the red army will be eying on the revenge in the PKL Match No. 78 at Bengaluru’s Sheraton Grand Whitefield Hotel.

Yesterday at midnight, league organizers Mashal Sports announced a reshuffle in the remaining fixtures of the second phase of season eight caravan. A number of covid positive cases among team players and staff are found as two franchises (most probably Patna Pirates and Gujarat Giants) are unable to field 12 players for the matchday squad. Hence PKL organizers have made changes in the schedule and also reduced the number of matches to one each day till the 28th of January.

U Mumba is gradually getting back on track after suffering from a disastrous patch midway through the campaign. They’re currently standing in the seventh position after claiming eleven match-points from their last three fixtures and this recent form will infest positivity in the U Mumba camp.

Despite losing three out of the previous four fixtures, Bengaluru Bulls are still owning the prestigious crown of table-toppers with 46 match-points from 14 matches. To maintain their stance at the top of the points table, the Bulls will be charged up against U Mumba who are aiming towards the top half of the standings.

The historic rivalry between these two franchises commenced when U Mumba knocked out Bengaluru from the title race of the first two seasons. U Mumba replicated their domination against the Karnataka-based franchise after registering 10th victory over the counterparty earlier this season. While Bengaluru Bulls managed to get the better of U Mumba five times out of 15 encounters so far.

Abhishek Singh: Abhishek looks even more dangerous whenever he is accompanied by Ajith in the U Mumba lineup. The Mumba vice-captain is leading the offense department from the front scoring 101 raid points from 12 matches which are around 45% of the team’s total tally of raid points. He was the top scorer of Mumba’s recent convincing win over Telugu Titans where he claimed 15 raid points with a strike rate of around 65%. 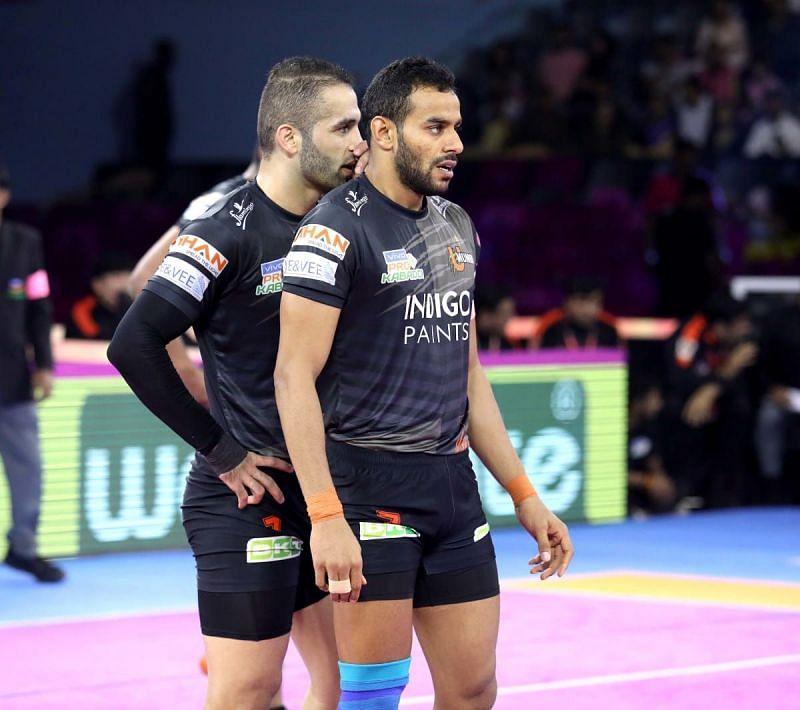 Pawan Kumar Sehrawat: We saw a different Pawan in the Telugu Titans clash where his focus was more on scoring riskless raid points. Learning from previous mistakes, the Bengaluru Bulls captain aimed at spending more time on the mat scoring 7 bonus points and only a 25% unsuccessful raid rate. The high-flying bull is currently leading the raiding charts with a whopping 186 raid points with 11 Super 10s and 3 Super Raids in 14 eighth edition appearances.

Whether it’s a current form or head-to-head record, all aspects are favoring the Maharashtrian outfit but any Kabaddi lineup featuring Pawan Kumar Sehrawat can’t be sidelined from the winning equation. The electrifying contest between these neighborhood rivals promises a guaranteed thrilling action to the PKL universe.