Surjeet Singh’s Tamil Thalaivas will battle it out against Nitesh Kumar’s U.P. Yoddha in ‘Match 104’ of the Pro Kabaddi League Season 8 at the Sheraton Grand Convention Centre in Bengaluru on Wednesday. The two teams have been in disappointing form off late and that has hurt their chances of booking a place in the playoffs.

The battle will be between the defensive unit of the Tamil Thalaivas and the raiding unit of the U.P. Yoddha. Sagar and Surjeet will be the key against Surender Gill and Pardeep Narwal.

After a streak of losing 4 consecutive matches, the Yoddhas stormed back into form with a win against the Telugu Titans in the previous encounter. The franchise has 6 wins and 8 losses in addition to 3 ties in the tournament so far. They have accumulated 47 points from the 17 matches so far and will be eyeing at least three more wins to book a place in the latter stages of the tournament.

On the other hand, in the 16 matches so far Tamil Thalaivas have 5 wins and as many losses. They have been a part of 6 tied matches and have a score difference of 22 with 45 points so far. They will be plying their trade against Haryana Steelers on Tuesday before locking horns with the Thalaivas on the following day.

In the 9 meetings between the two franchises, the two teams have shared honors with 3 wins apiece. The rest of the three matches have ended in a tie. The Tamil Thalaivas dominated the U.P. Yoddha in the reverse fixture 39-33 and bagged 5 points from the encounter. They were dominant right from the start and led the match 21-10 at half-time and consolidated the lead in the second half. 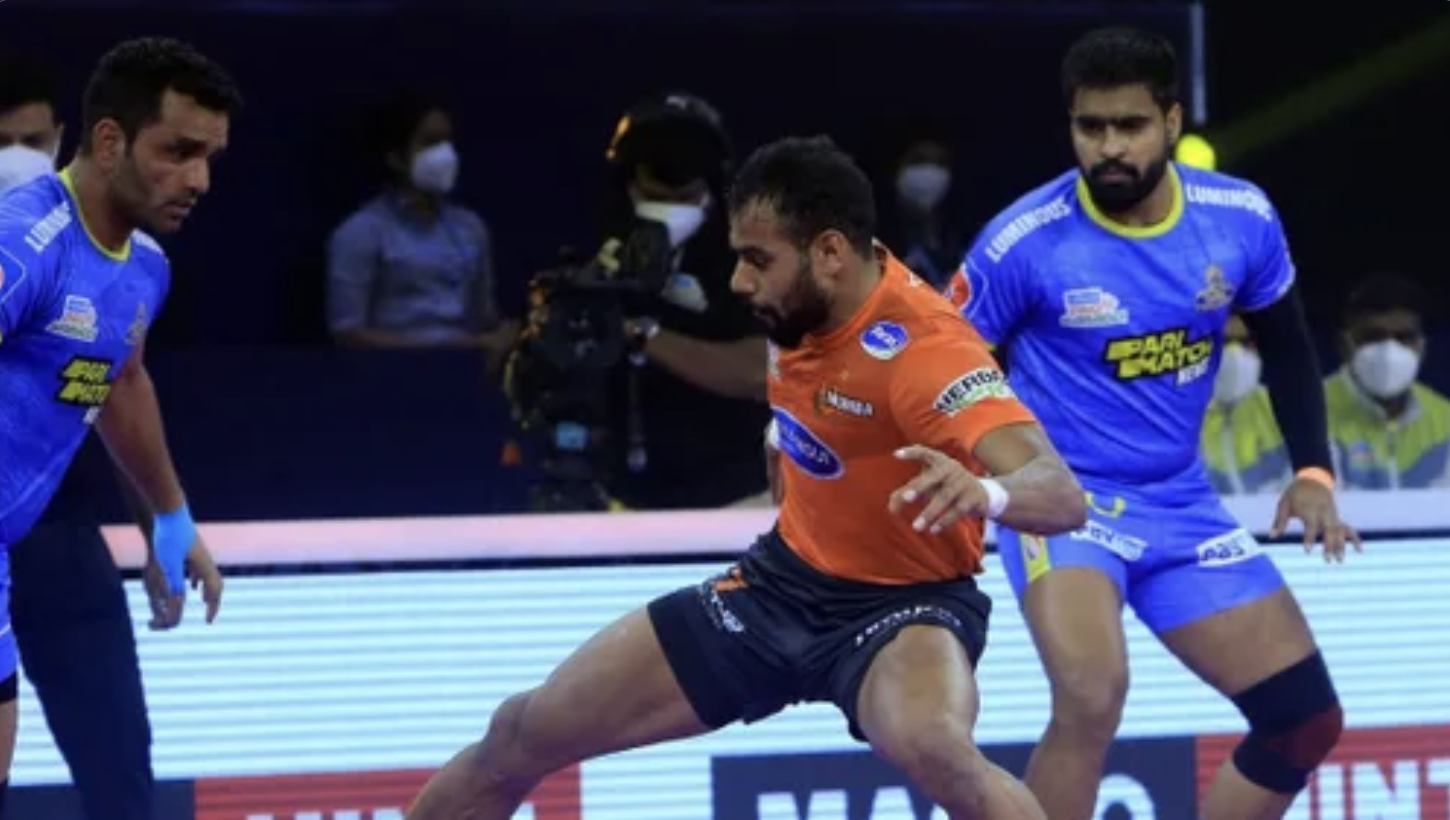 He has been on the mat for over 80% of the time and that reflects how well his team has supported him as the defender has a high out rate of over 40%. In the previous match against the U.P. Yoddha, Surjeet picked up three tackle points and will be hoping for better performance on the mat.

Surender Gill: The raider has been exquisite on the mat and has been the lone warrior on multiple occasions for the Yoddhas. The season started off with big money signing Pardeep Narwal donning the hat as the prime raider but Surender Gill’s performance overshadowed the legend.

The raider has scored 49 raid points in the last five matches despite the Yoddhas facing a defeat in four of them. His performance will be crucial against the Surjeet-Sagar duo and can potentially influence the result of the match. He scored 14 raid points in the previous match against the Thalaivas and he carry the confidence in the next encounter.

The two teams are placed in the mid-table and have been struggling in the tournament of late. However, the Thalaivas are a better team with fewer weaknesses than strengths and that will be an opportunity for the franchise. The defensive unit of the Thalaivas is expected to dominate the raiding unit of the Nitesh Kumar-led franchise.