Tamil Thalaivas were dominant right from the first half

Tamil Thalaivas defeated Puneri Paltan 36-26 and completed their first win of the tournament in the 23rd match of the Pro Kabaddi League Season 8. Ajinkya Pawar was the star performer on the mat for the Tamil Thalaivas, especially, on the do-or-die raids.

In the first half, Tamil Thalaivas were the dominant side and ended the half with a score of 18-11. Young Manjeet was phenomenal as he picked up a point in the first raid of the match through a bonus. In the following raid, Rahul Chaudhari was tackled by the Thalaivas defense.

Although Paltan equalized with a successful tackle and a raid soon after, their joy didn’t last long as the Surjeet Singh-led side ran away with the lead and inflicted an early all-out and stretched the lead to 12-3. Manjeet’s super raid sealed the deal for the Thalaivas before they got the better of Rahul Chaudhari and completed the all-out.

K Prapanjan was substituted on the mat and he picked up a couple of points in his first raid. For the Puneri Paltan, Pankaj Mohite was the lone star in the first half. 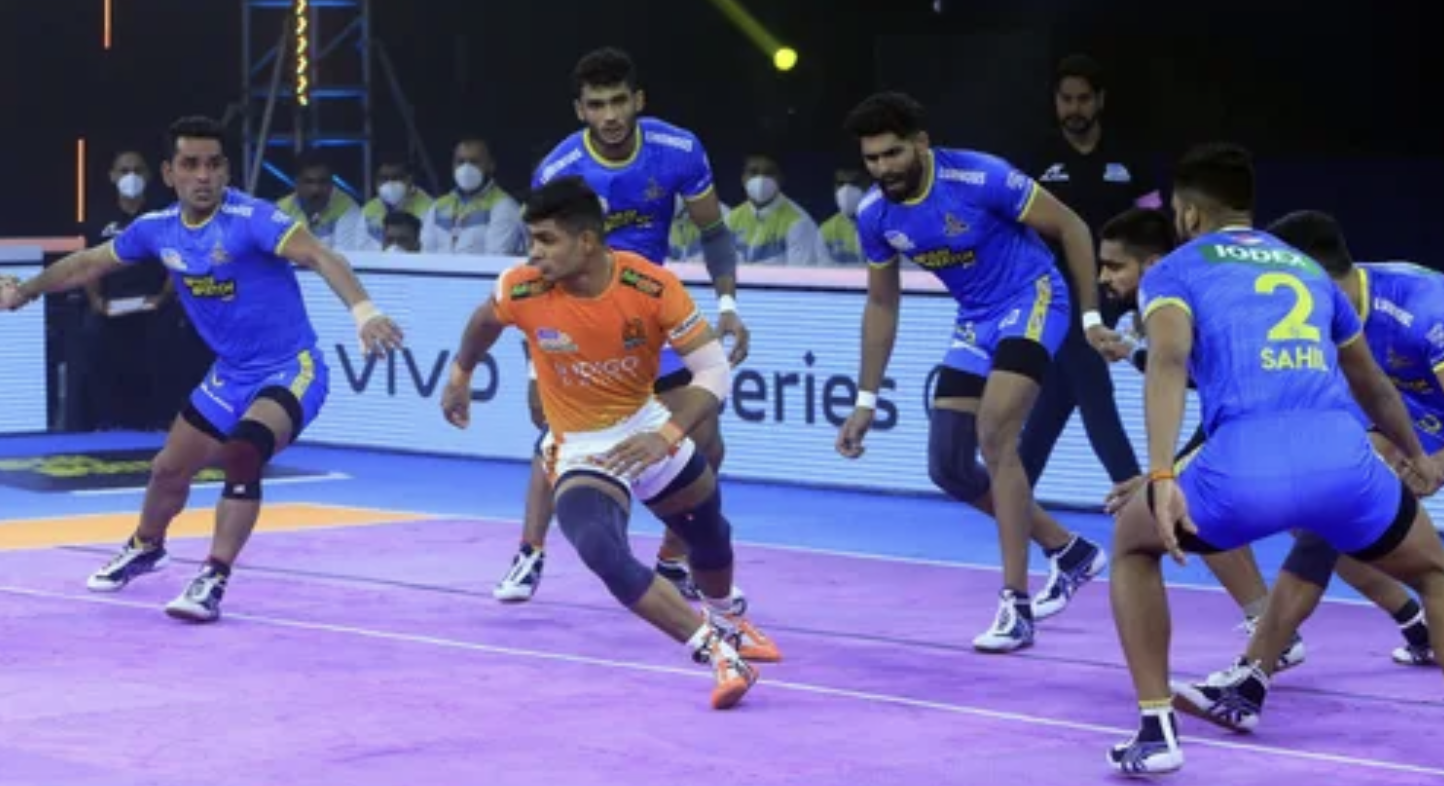 Tamil Thalaivas and Puneri Paltan were poor in defense

Puneri Paltan survived an all-out scare and with 10 minutes to play in the match, the Paltan had reduced the lead to just a couple of points. However, Ajinkya Pawar was the player on the do-or-die raids for the Thalaivas as he got the better of the opponent’s defenders on 4 consecutive do-or-die raiders.

However, the Thalaivas continued their quest for the all-out. Puneri Paltan was all-out in the 35th minute of the match and the southern franchise had a 7-point lead. From there on, the blue outfit consolidated the lead as Ajinkya Pawar completed his first super 10.