Will the Puneri Paltan side be able to have the last laugh against the giant killers?

The first semi-final battle will be followed by another penultimate clash in which the heavyweights Puneri Paltan will be locking horns with the dark horse Tamil Thalaivas. The second semi-final clash of the Pro Kabaddi League Season 9 will be played at Sardar Vallabhbhai Patel Indoor Stadium of the City of Dreams on Thursday from 8:30 PM onwards.

The young unit of the Chennai-based franchise has made history after turning their first-ever playoff appearance into Semi Final qualification. The Yellow and Blues from the land of Tamil will be summoning the second-placed Puneri Paltan side at Dome NSCI to make it even more glorious. It is a battle between two reputed coaching personalities of World Kabaddi whose methods and tactics are almost equivalent to each other.

We may not get to see a single Puneri Paltan player from their last league game making it to the Starting Seven of the forthcoming penultimate encounter. Gaffer BC Ramesh protected their high-profile raiding duo of Aslam Inamdar and Mohit Goyat from injury menace in the final stages.

Another Maharashtrian youngster Akash Shinde will be donning the role of the third raider while the likes of Pankaj Mohite, Mohammad Nabibakhsh, Aditya Shinde, and Saurabh Mann will be providing backup support to the offensive unit.

On the other hand, Tamizhan head coach Ashan Kumar Sangwan is likely to field an unchanged Starting Seven as his side looks settled and stable with the current combination. The raiding all-rounder Himanshu Yadav once again proved his worth in the team after scoring vital raid and tackle points which give a much-needed stabilization to the Thalaivas roster.

Pune Paltan launched a ‘Bhaari’ attack on their opponents this season and thoroughly enjoyed themselves at the top of the points table for a long time. They eventually finished as the runners-up of the league stage after dropping nine points in the last four games and ended up on the final tally of 80 match points from 22 fixtures.

Despite resting all of their first-choice players in their last league match, the Orange Stallions still managed to put up a strong show against UP Yoddhas.

Tamil Thalaivas ended up on the winning side of the second eliminator clash which is widely regarded as one of the greatest matches of all time. The youngster Narender Kandola’s pitch-perfect ankle hold on the record-breaker Pardeep Narwal in the decisive raid levelled scorelines seconds before the full-time whistle. 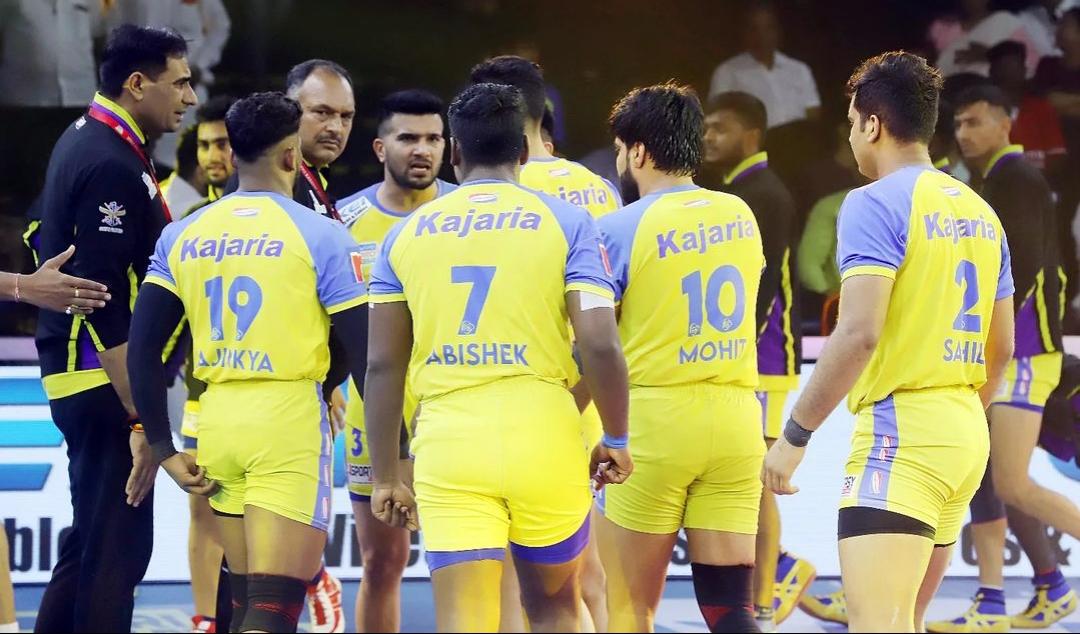 The action then headed toward the tie-breaker segment where Ajinkya and his boys outwitted the experienced UP Yoddhas battalion to advance to the next round.

The Thalaivas share a bittering rivalry with the opponents hailing from Maharashtra and have always given them tough competition despite going through a rough phase. The head-to-head record of this rivalry currently stands on the scoreline of 3-3 while two encounters have resulted in ties to date.

The Tamizhan Bosses ended Pune’s unbeaten streak of seven games when they quarrelled with each other for the first time this season. The Orange Stallions sought revenge against the resurrected Thalaivas side in the very next fixture by putting a full stop to their five-match unbeaten streak.

The two earlier league-stage encounters between these two were nail-biting thrillers as the winning deficit was only a single point on both occasions. The 22-year-old young assassin Narender Kandola scored Super 10s in both fixtures while Puneri poster boy Aslam Inamdar bagged 17 raid points and 4 tackle points.

Fazel Atrachali: The Pune skipper was the most successful defender from the orange camp after scoring four tackle points in a 14-point triumph. Sultan Fazel is the most valuable player for the Maharashtrian outfit as his early departure often leads them toward an all-out crisis.

The Asian Games gold medalist Iranian defender managed to attempt only a single successful tackle when the last time he appeared in Semi Final round of the world’s grandest Kabaddi stage. 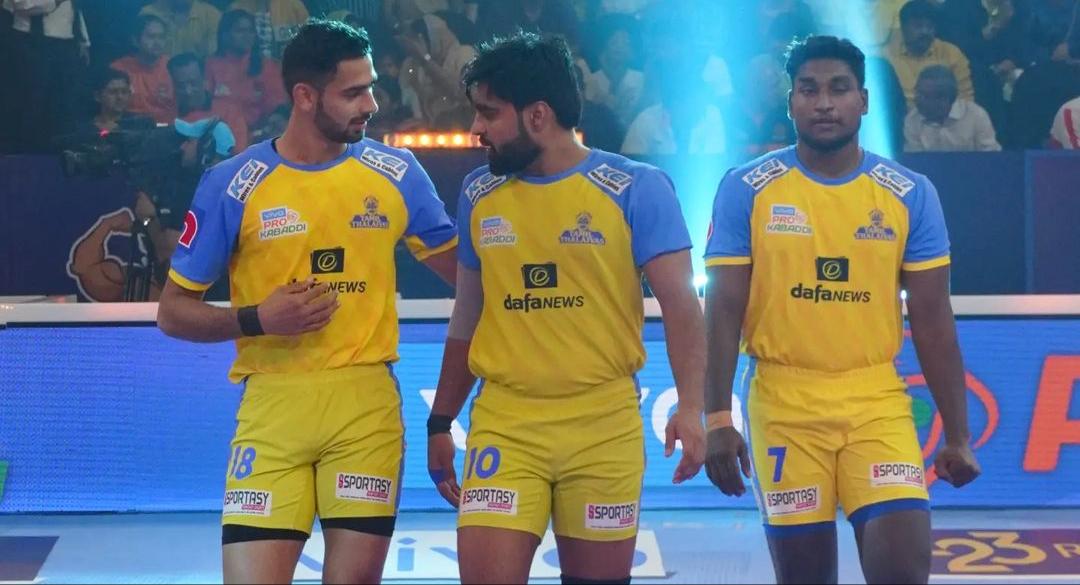 Mohit Jakhar: The left-cover Haryanavi defender emerged as the game-changer and turned the tables around for the Yellow and Blues in the decisive moments. In the absence of Sahil Gulia, Mohit led the left side of defense firmly against the opposition right raiders in the tie-breaker. He first demolished the escape route of dubki-king Pardeep and then went on to score a beautiful and vital raid point through a back-kick to script Tamil’s historic triumph.

The Thalaivas are enjoying their time being underdogs without any pressure as the spotlight is always aiming towards the side whom they’re facing. It is quite hard to predict the winner of this clash where underdogs who are on a hunt for the giants will be up against the heavyweights Puneri Paltan who missed out on the table-toppers crown from the shortest distance. The aspects of current form and on-paper strength are favoring the Orange Stallions however, it won’t be enough for them to present their claim on a ticket to the finale.