Day 7 of the Pro Kabaddi League 9 will have three matches where Tamil Thalaivas will take on U Mumba, Haryana Steelers will battle against Jaipur Pink Panthers, and Gujarat Giants will be up against Puneri Paltan.

It is going to be a big game for the Tamil Thalaivas as they are desperately looking for a victory. Against a quality side like U Mumba, it is never easy to give your best, but if Pawan Sehrawat will be back for this match, the story could be different. U Mumba comes in fresh off a stunning victory over UP Yoddhas and will be looking to maintain their winning streak.

Manpreet Singh’s Haryana Steelers are on a roll so far with two out of two, and the champion side would be looking for a hat-trick against the Pink Panthers. The Men in Pink have won one while losing one to date. A win against Haryana Steelers would give them a huge amount of confidence.

Gujarat Giants are currently at the bottom of the table and eager to get their first win, while Puneri Paltan is in ninth place with no wins either. This is going to be an interesting encounter and could make way for any of the teams to move up on the points table.

Here’s a look at the Day 7 preview and predictions:

Match 16: Tamil Thalaivas vs U Mumba

Now, the only thing left between victory and Tamil Thalaivas is Pawan Sehrawat. He got his leg injured in the very first game of the Tamil Nadu-based franchise. Since then, there has been nothing right going on for the team. Tamil Thalaivas, who are currently ranked tenth, will be hoping that their star will be available for this game.

On the other hand, U Mumba is high on confidence with a sensational victory over UP Yoddha on October 10. They have a good chance of keeping their winning momentum alive against the Thalaivas. 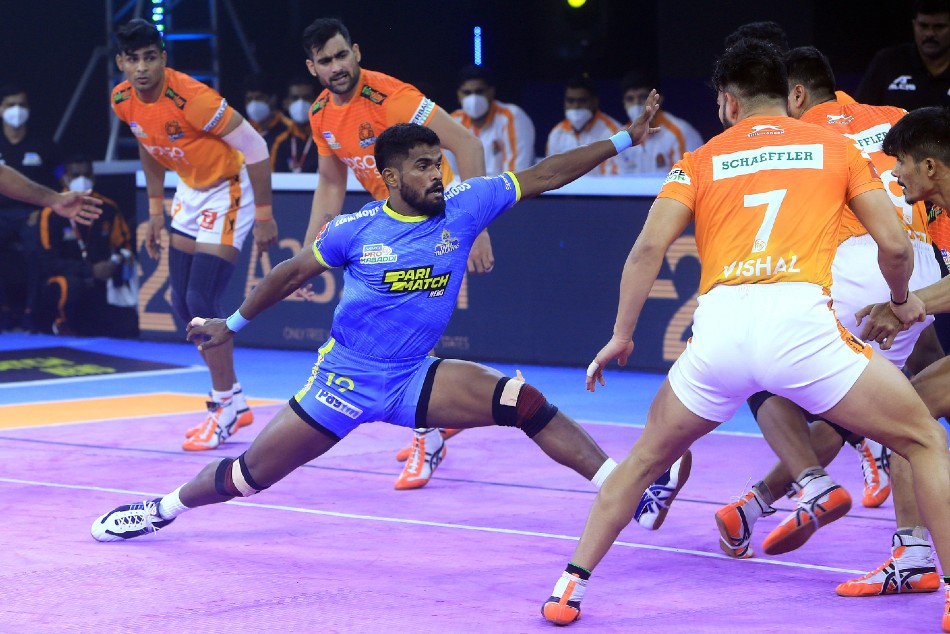 Pawan Sehrawat will be the one to watch out for if he takes the field. He has been recovering well, and one can witness him bringing some smiles from the stands. From U Mumba, all eyes will be on skipper Surinder Singh and Guman Singh. U Mumba currently has a clear advantage in the battle on Friday.

So far, sitting at the second position on the points table, there is no looking back for them. The Steelers are riding high on confidence after victories over the Tamil Thalaivas and Bengal Warriors. If they could beat the Panthers, they would reach the top spot. Sunil Kumar’s men, on the other hand, have the capability to beat them after their spectacular performance against the three-time champions Patna Pirates in the previous game. 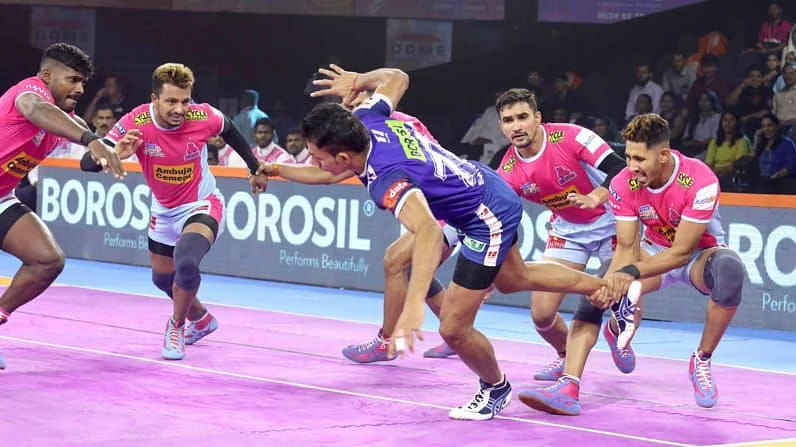 Both the teams have met 10 times in the past and the Haryana Steelers have won only thrice, whereas the Jaipur Pink Panthers were victorious five times. Two battles ended in a fine draw. Talking about this season, the Haryana Steelers look better on paper. This could be a good chance for them to improve their record.

Arjun Deshwal of Jaipur Pink Panthers showed his exceptional raiding against Patna Pirates, which was enough for his side to keep the opposition away from victory on Sunday. He scored 17 raid points, including 15 touchpoints, which shows his confidence against the defenders.

Manjeet and Jaideep Dahiya from the Haryana Steelers will be the ones to watch out for. The Steelers are looking strong at the moment and are expected to be victorious against the Panthers on Friday.

Sitting at the bottom of the table, the Gujarat Giants are looking for victory at any cost. And nothing could be a better opportunity than Puneri Paltan on the other side. So far, both sides have not won a game this season and are looking for a victory anyhow. They were a part of one tied game which could have gone their way had they continued their momentum.

Out of the 10 meetings so far, Gujarat Giants are right up there with 6 victories, whereas Puneri Paltan just won 3 matches. One game ended in a tie. This is the perfect opportunity for both teams to gain momentum in the esteemed league.

Rakesh, who was the one warrior for Gujarat in the game against Dabang Delhi, will be the one to look at in this battle. He scored 15 raid points that went into a losing cause. Captain Chandran Ranjit will be looking to regain his form, too. Puneri Paltan, on the other hand, has Aslam Inamdar and Mohit Goyat, who can turn things around for them.