The top raider of PKL Season 8, Pawan Kumar Sehrawat, emerged as the costliest pick in the PKL 2022 auction as Tamil Thalaiavas bagged him for a whopping Rs. 2.26 crore. The 23-year-old remained the only player inside the 2-crore club as Bengaluru Bulls nabbed Vikash Khandola as his like-for-like replacement for Rs. 1.76 crores.

On that note, let’s see how other teams fared in the PKL 2022 auction.

Defending champions Dabang Delhi stayed relatively quiet as they managed to retain their lead raider Naveen Kumar ahead of the PKL 2022 auction. Sandeep Dhull was the only Category ‘A’ player bought by Delhi for a mere 40 lakh rupees while they got into a bidding war to nab Category ‘C’ defender Ravi Kumar for Rs. 64.10 lakh.

Patna Pirates used their FBM card to bring back Sachin Tanwar and Sunil for 81 lakh and 21.5 lakh respectively. The Pirates also signed Gujarat Giants captain Rohit Gulia from Category ‘A’ for his base price of 30 lakh at the PKL 2022 auction.

Having retained coveted defender Mohammadreza Shadloui, the PKL 8 runners-up will once again bank on their defense to go one step further.

UP Yoddha use FBM to retain Pardeep Narwal for Rs. 90 Lakh

One of the most consistent players in PKL history, Pardeep Narwal, will once again turn up for UP Yoddha. The ‘Record Broker’ was initially sold to Gujarat Giants for Rs. 90 Lakh at the PKL 2022 auction but the Yoddhas used the first of their three FBM cards to bring him back.

Having retained Surender Gill earlier, the Yoddhas will be banking on the duo to strike terror in the hearts of the opposing defenders.

Gujarat Giants return empty-handed in search of Category ‘A’ players

Gujarat Giants returned empty-handed in search of Category ‘A’ players as they lost both Sachin Tanwar and Pardeep Narwal to their previous franchises via the FBM card. All-rounder Arkam Shaikh was the costliest pick by the fourth-placed side in the PKL 2022 auction as he was sold for 32.1 Lakh rupees.

Shankar Gadai will be eager to make his PKL debut after leading Maharashtra to the finals of the Senior National Kabaddi Championship earlier this year as the Giants snapped him up for Rs. 30.30 Lakh.

Bengaluru Bulls spent more than one-third of their purse amount on Vikash Khandola to momentarily make him the costliest pick in PKL 2022 auction. The former Haryana Steelers raider was sold for Rs. 1.76 crores while the Bulls bought Neeraj Narwal for 53 lakh rupees as a secondary raider to support him.

Fazel Atrachali emerged as the costliest buy after Day 1 of the PKL 2022 auction as Puneri Paltan joined the bidding war late to snap him for Rs. 1.38 crore. The Paltans, who finished sixth last season, also got hold of his Iranian teammate Mohammad Nabibakhsh for 87 lakh.

The Pune-based side focussed mainly on retaining their core set of players and with new additions in the form of Fazel and Nabibakhsh, they would be eager to repeat their feat of qualifying for the playoffs. 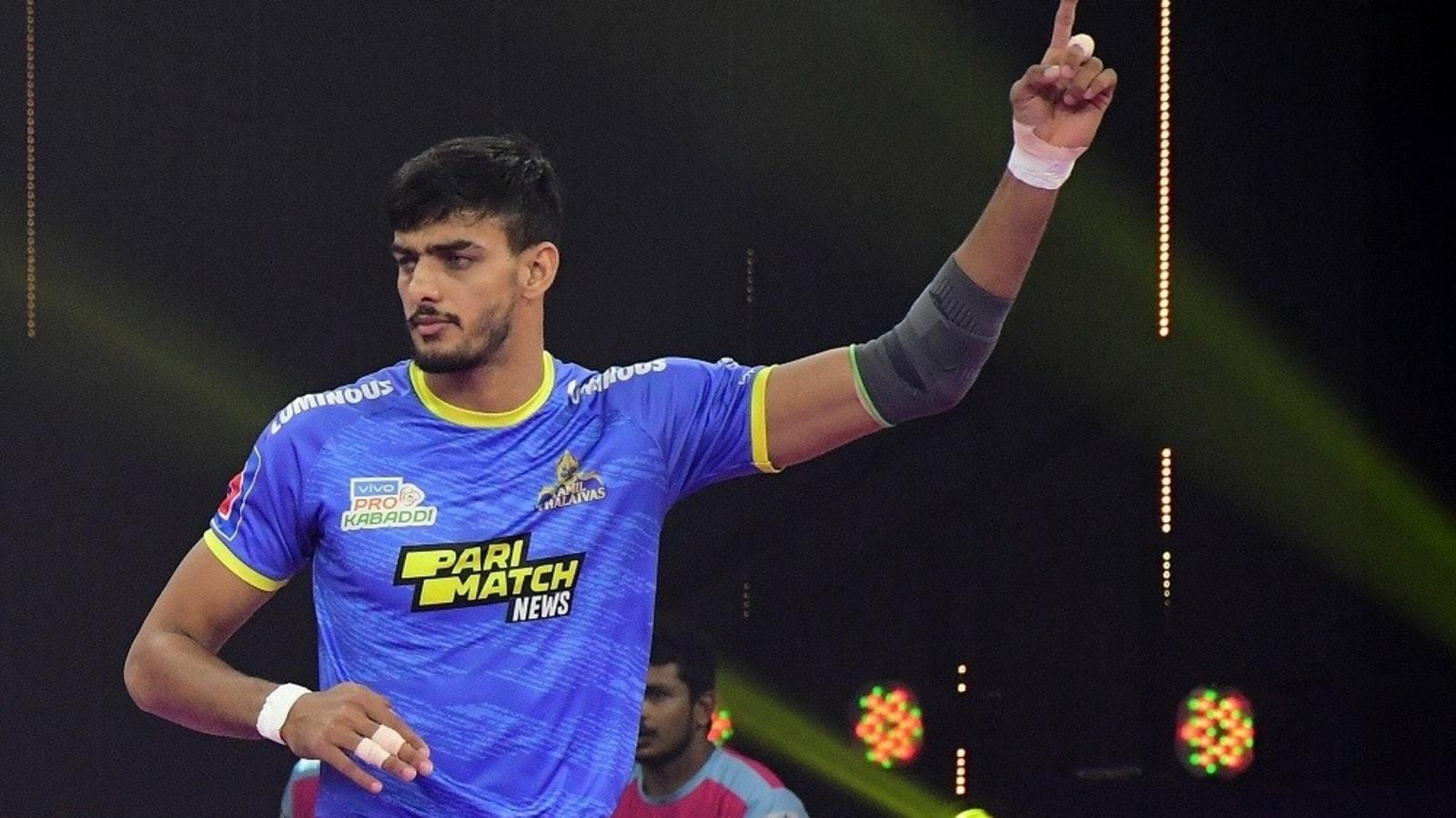 Manjeet will turn up for Haryana Steelers this time

Impressing everyone with his consistency in the past two seasons of PKL, Haryana Steelers bought lanky raider Manjeet for Rs. 80 Lakh in the PKL 2022 auction. The Steelers finished seventh last season and would rely on Manjeet’s heroics upfront after losing Vikas Khandola to the Bulls.

V Ajith Kumar will represent Jaipur Pink Panthers in his third PKL season after the former champions bought him for 60 lakh rupees. He will be partnering Arjun Deshwal in the raiding department, who was retained earlier by the franchise.

Released by Jaipur Pink Panthers, Bengal Warriors wasted little time in bagging Deepak Niwas Hooda for 43 lakh rupees in the PKL 2022 auction. The Warriors struggled in the absence of a secondary raider to support Maninder upfront and finished ninth on the table. Hooda will be aiming to reverse Bengal’s fortunes this PKL season. 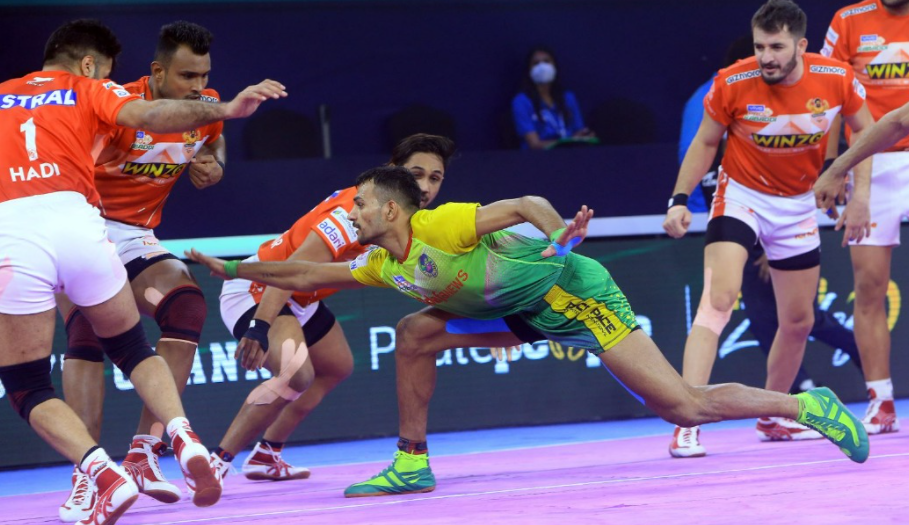 Guman Singh will raid for U Mumba this time

Guman Singh turned out to be the surprise pick of U Mumba as the Maharashtra-based outfit nabbed the Category ‘B’ player for Rs. 1.215 crores in the PKL 2022 auction. The youngster turned up for Patna Pirates last season and played a pivotal role in helping them reach the finals with his heroics in the Do-or-Die raids.

As mentioned earlier, Pawan Sehrawat emerged as the costliest pick in the PKL 2022 auction after Tamil Thalaivas spent Rs. 2.26 crore on him. The Thalaivas have never qualified for the finals, let alone win the title, but were a good launchpad for future talents. This time, they are going all out for the trophy and made their intentions clear by getting onboard Pawan Sehrawat.

Telugu Titans bought not one, not two, but three Category ‘A’ players in the PKL 2022 auction in the form of Surjeet Singh, Abhishek Singh, and Parvesh Bhainswal for 62, 50, and 60 lakh rupees respectively. The veteran Surjeet will be responsible to add some experience to the side that finished rock bottom while Abhishek is expected to lead the raiding duties.