Will the Patna Pirates side be able to dodge the elimination bullet?

The climax of an eventful Hyderabad leg is just around the corner as we are getting a clearer picture of the Top 6 day by day. The City of Nizams will be hosting the action-packed saga of Matchday 53 which will be played at Gachibowli Indoor Stadium on Wednesday from 7:30 PM onwards.

The Pro Kabaddi Season 9 journey of Patna Pirates can be cut short if they’re unable to snatch match-points from the third-placed Bengaluru Bulls side who have already sealed their playoff berth. Then the spotlight will be moving toward the final fixture of the double-header day where UP Yoddhas will be taking on the challenge of Tamil Thalaivas in a high-profile battle.

Patna’s chances of playoff qualification have been deemed after their victory against Telugu Titans was followed by three straight losing outcomes. Bengaluru on the other hand has regained their form which was disturbed after the 20-point thrashing defeat at the hands of table-toppers Jaipur Pink Panthers. The Karnataka-based franchise emerged victorious against the heavyweights UP Yoddhas in a high-scoring saga that ended in a final scoreline of 38-35 in their favor.

When the last time these two PKL-winning franchises were up against each other, the encounter was consummated on an equivalent scoreline of 31-31. The Red and Blacks who were trailing throughout the game staged a turnaround in the dying minutes to keep the scoreline level at the full-time whistle. The three-time champions were forced to all-out which resulted in them bottling a hefty lead in the decisive minutes of the game. 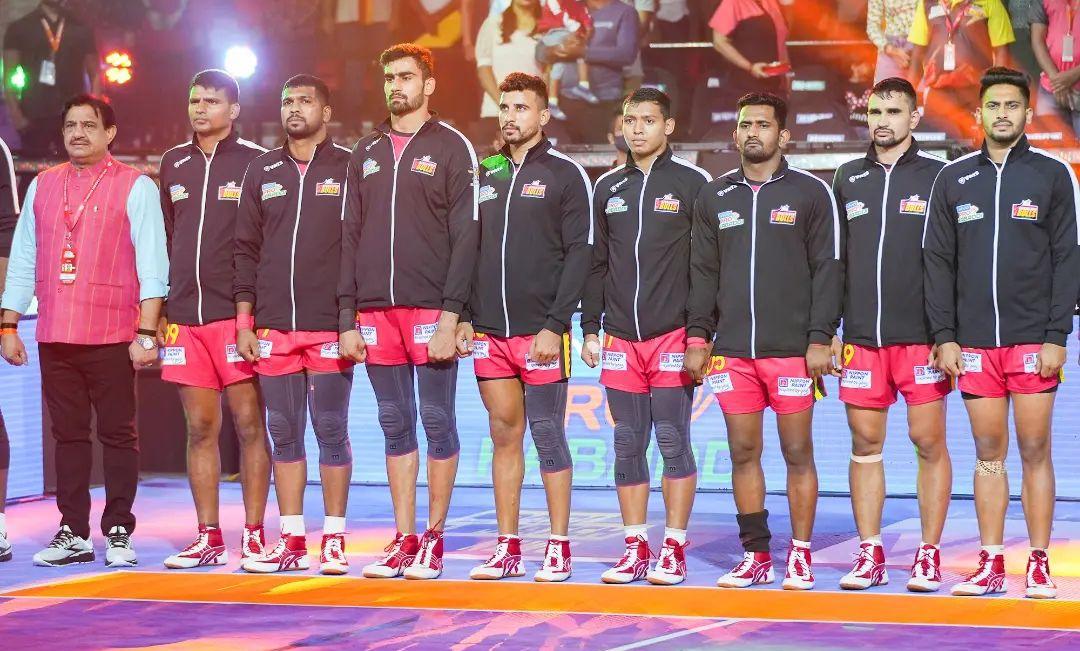 Bengaluru gaffer Randhir Singh Sehrawat made a solitary change in his lineup for the UP Yoddhas game on the right-cover position which eventually turned out to be a tactical masterstroke. The Maharashtrian national Bronze medalist cover defender Sudhakar Kadam replaced his state teammate Mayur Kadam and went on to play a vital role in the triumph. Despite not playing in his original left-cover position, the Pune-born defender impressed everyone with his performance and is likely to retain his place in the seven.

Patna’s defense had done its homework against the Gujarat attack but when Mahendra Ganesh Rajput stepped on as an out-of-syllabus question. They evidently looked clueless when the super-sub was scoring raid points against them at immense ease. Especially the left-cover defender Sajin Chandrasekar who once again failed to live up to expectations and remained pointless.

Whether it’s current form or position at the points table, each and every aspect of prediction is favoring the Red and Black outfits to win this encounter. The Bihar-based franchise will have to recollect itself from the previous setbacks and assemble against the sixth-edition champions will all strength to turn the tables around.

Match 125: Tamil Thalaivas vs UP Yoddhas 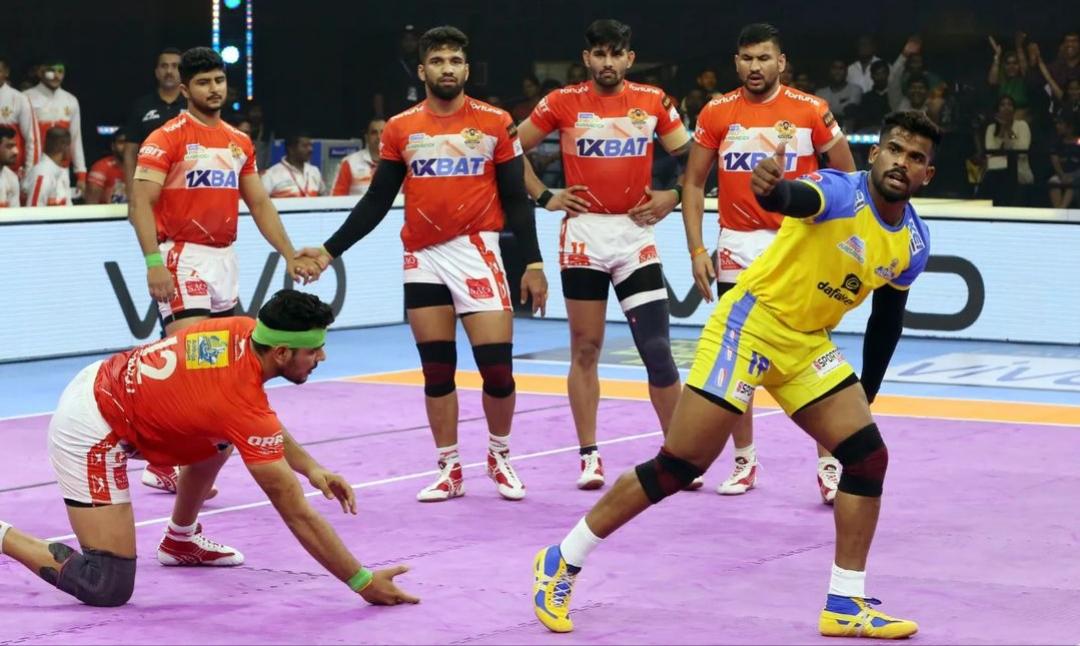 Skipper Ajinkya leading his Thalaivas Army from the front

The Thalaivas continued their unbeaten run of three fixtures after registering a thumping win over the neighborhood rivals Telugu Titans in the returning fixture of the Southern Derby. The Chennai-based outfit completely dominated their South Indian counterpart in each and every department to end up on the winning side of a 52-24 scoreline.

On the other hand, UP’s winning streak of four matches came to an end when they suffered a three-point narrow defeat against Bengaluru Bulls in their most recent appearance.

The young unit of Tamil Thalaivas was thrashed by the star-studded UP Yoddhas lineup in a one-sided manner when they quarrelled with each other earlier this season. Left-corner defender Sahil Gulia displayed a one-man-show from the Thalaivas camp scoring six tackle points at a success rate of 86%. Left-corner Sumit Sangwan and right-cover Ashu Singh made a combined contribution of 13 tackle points and held a rampage over the right-sided raiders of the opposition side.

Ever since Ajinkya Pawar has been rewarded with the captain’s armband, the Maharashtrian assailant’s raiding form has also flared up. Ajinkya scored 20 raid points against the Titans donning the role of strike raider while Narender Kandola was seen supporting him. Despite the ground-breaking cameo by Sahil in the final 10 minutes, M Abhishek who himself scored four tackle points will keep his right-cover position.

As per the social media handles of Surender Gill, the towering assassin has speeded up his recovery from the injury however, he is still far away from making it to the battlefield. Rohit Tomar and Sandeep Narwal have played supporting roles to captain Pardeep Narwal quite well but the presence of Gill is still dearly missed by the Yoddhas fans. One of the key reasons behind UP’s defeat at the hands of the Bulls was the failure of their defense which managed to score only two tackle points in the second-half action.

The battle between these two Top 6 combatants will be a legendary one as both of them are equally stronger and are considered dark forces for the PKL trophy. UP may have won the first chapter of this rivalry however, the current form and absence of Surender Gill states that the Yellow and Blues will be turning up for this fixture as favorites.