U Mumba camp under the threat of elimination!

Bengal Warriors has been officially out of the playoff races and we may also get to see a couple of other teams joining them in the group of eliminated sides. The Matchday 52 of the Hyderabad leg comes up with another double-header day hosted at Gachibowli Indoor Stadium on Tuesday from 7:30 PM onwards.

The two mid-table combatants U Mumba and Dabang Delhi will be sharing the battlefield of the opening match with an aim to strengthen their claim for the playoff ticket. Then the spotlight will be moving to the next fixture where the two teams sitting at bottom of the Pro Kabaddi standings, Telugu Titans and Gujarat Giants will be fighting for their Pride.

Match 122: U Mumba vs Dabang Delhi

The MumBoys had a great outing in Bengaluru and Pune but couldn’t sustain further momentum in the Hyderabad leg where they are suffering from poor consistency. U Mumba has lost five of their last six fixtures and is on verge of completing a hat-trick of losses if they’re unable to turn the tides in the forthcoming clash. The Dabang Fauj put up strong shows against heavyweights Bengaluru Bulls, Tamil Thalaivas and Puneri Paltan in their previous three appearances but could not emerge victorious.

It was the opening fixture of the Pro Kabaddi Season 9 when these two sides quarrelled with each other and kick-started the action-packed ninth edition which is still going on. The encounter turned out to be a one-sided saga where the Capital-based franchise commenced its title-defense campaign by thrashing Mumba on a final scoreline of 41-27. It took a while for the boys in Orange and Blacks to recover from a bittering outing on the first day however, the young Mumbai unit managed to bounce back stronger.

Captain Surinder Singh finally made his much-awaited return to the action after recovering and emerged as the joint-most successful defender of the match scoring 4 tackle points. The U Mumba strike raider Guman Singh also hit back his form after a series of failures to scalp 10 raid points consisting of 6 touches and 4 bonuses against the Yoddhas. Jai Bhagwan is likely to make way for the Iranian assailant Heidarali Ekrami who played an impressive cameo of 3 raid points in his recent appearance. 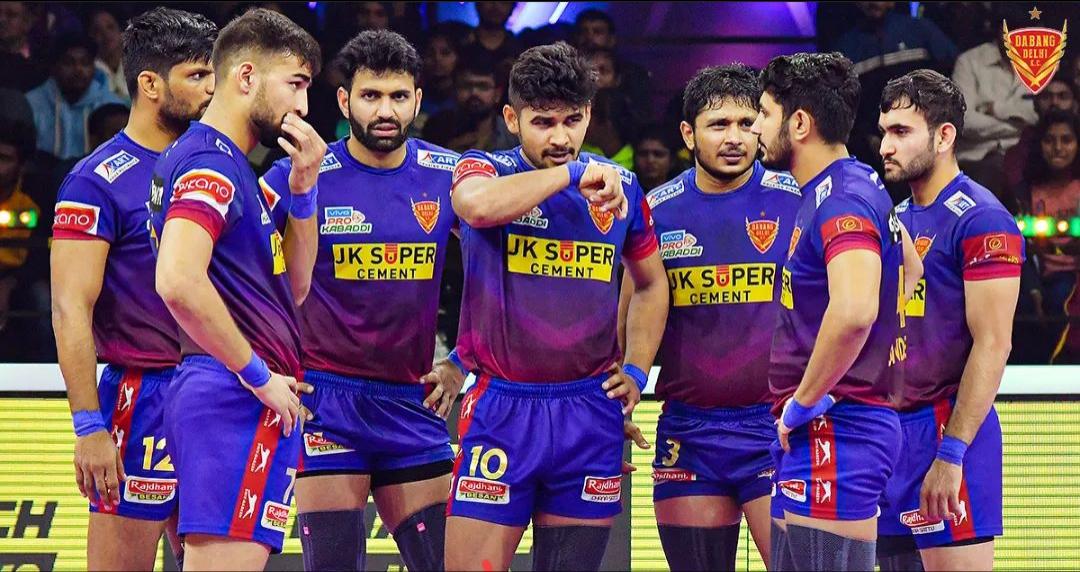 The defending champions once again fell short of the glory

We witnessed another Delhi fixture where the raiding unit played their hearts out but the defensive department went on to throw the game away in the hands of Puneri Paltan. The offensive unit of the defending champions donned their part well as the trio of Naveen, Ashu, and Vijay put up a combined raiding tally of 30 raid points while super-sub Manjeet Sharma also fetched three crucial breakthroughs.

The Dabang gaffer Krishan Kumar Hooda will be in dilemma to choose between the experienced corner duo of Sandeep Dhull and Amit Hooda or the young talented pair of Krishan Dhull and Vijay Kumar.

The last few fixtures have not been up to the expectations of both sides however, the Dabang Delhi side still has a great track record against this particular team whom they dominated in recent times. The key battle will be between the star-studded Delhi raiding unit and vigilant Mumba defense and the winner of this contest can surely extend their claim on the five match points.

Ever since their elimination from the playoff race, Gujarat is playing fearlessly more than ever and trampling down the big opponents like a house of cards. The Giants handed a storming defeat to arch-rivals Patna on a final scoreline of 40-34 to spoil the playoff qualification plans of the Pirates.

Meanwhile, the Yellow and Blacks continue to deliver disappointing performances in front of home fans as the losing margin of their previous three fixtures is 13 against Pune, 20 against Jaipur and 28 against Tamil Thalaivas.

When the last time these two combatants were up against each other, the Ahmedabad-based claimed five match points after an 11-point victory in a low-scoring saga. Captain Rinku Narwal (4 tackle points) and right-cover defender Sourav Gulia (6 tackle points) guided the Gujarat Reds to remarkable heroics at Pune.

On the other hand, the highest scorer from the Telugu camp was Ankit Sharma who stepped out on the mat in the 30th minute and went on to bag 6 tackle points consisting of two Super Tackles. 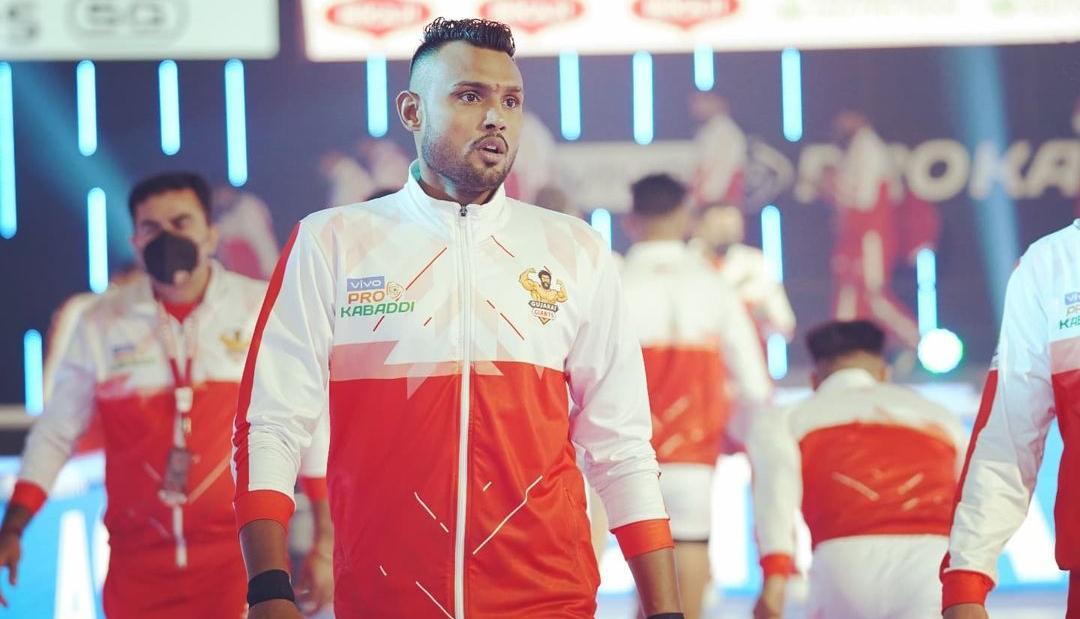 The veteran Mahendra Ganesh Rajput had a phenomenal individual outing against Patna where he scored 12 raid points coming off the substitute bench. MGR’s heroics against Pirates can surely reward him with a place in the Starting Seven replacing the Korean assassin Dong Geon Lee. The presence of quality supporting raiders like Sonu Jaglan and Mahendra Rajput will surely boost the confidence of Parteek Dahiya who only scored 5 raid points against his former side.

The Titans gaffer Venkatesh Survi gave a surprising start to the local lad K Hanumanthu and the young raider did not let him down in front of home fans. The Telangana-based raider fetched 10 raid points and a solitary tackle point to register his PKL career’s maiden Super 10. We will get a couple of changes into the Telugu Titans seven after their disastrous performance against the neighboring rivals Tamil Thalaivas which resulted in a 28-point bitter defeat.

With the kind of form Gujarat is having from the last few fixtures, they will be turning up for this encounter as favorites without a doubt. The Ahmedabad Reds have scored 175 points in the last four appearances at an average of 44 points per match hence the home team will have to turn the tables around to stop them.