When it comes to the final 10 minutes of the game, Bharat is capable of outshining any defense in the league

The playoff battle has reached its peak as the Pro Kabaddi fans are speculating a new probability of a Top 6 combination after the completion of each and every match day. The Matchday 47 of the ninth edition brings up another such exciting double-header saga which will be played at Hyderabad’s Gachibowli Indoor Stadium on Wednesday from 7:30 PM onwards.

In the first battle of the day, Bengaluru Bulls will be taking on the challenge of Jaipur Pink Panthers to ensure the final claim of both sides to get into the Top 2. Then the spotlight will be moving onto the following fixture where the defending champions Dabang Delhi will be up against the Tamil Thalaivas side where the ultimate aim of both combatants will be to cement their place in the Top 6.

After suffering from two consecutive losing outcomes, the Kannadiga Bulls finally enjoyed their much-awaited victory against the defending champions Dabang Delhi who were having great momentum. The sixth edition champions edged past the Capital-based franchise to extend their claim on the five valuable match points in a high-scoring saga where a whopping total of 101 points were scored inside 40 minutes. 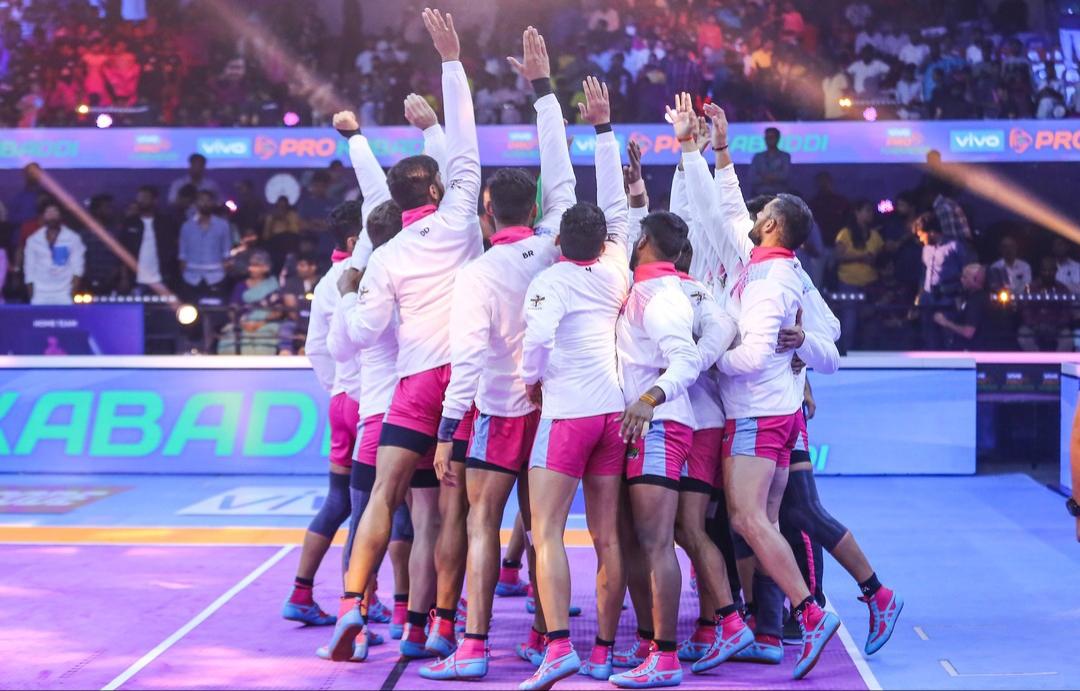 When the last time these two combatants shared the battlefield, gaffer Randhir Singh Sehrawat had the last laugh as his disciples in Red and Blacks registered a massive triumph. Captain Sunil Kumar’s High 5 and the raiding sensation Arjun Deshwal’s Super 10 went in vain as the Pink Panthers fell 6 points short and managed to put up a team tally of 31 points. Despite the average performance from the defensive line, the raiding duo of Bharat Hooda and Vikash Kandola kept the Bulls ahead of their counterparts.

The towering Services sensation Bharat Hooda once again proved why he rightfully holds the title of Pro Kabaddi’s deadliest raider in the dying minutes after snatching five match points from the paws of Dabang Fauj. Bharat got the appropriate support from the defense-mates Aman Antil (4 tackle points) and Mahender Singh (4 tackle points). Bengaluru fans must be expecting big from their vice-captain and right-corner defender Saurabh Nandal who had a disastrous individual outcome after not being able to open his account despite attempting five unsuccessful tackles.

The inconsistency of Jaipur’s cover defense department has been the biggest reason why they are unable to climb to the top of the points table. The cover-defensive duo of Reza Mirbagheri and captain Sunil Kumar could only contribute a combined tally of 2 tackle points out of 8 attempts. The sensational Jaipur defender Ankush Rathee is the player to watch out for after rightly having possession of the prestigious Orange Armband for currently topping the leaderboard of tackle points.

The result of this one-on-one contest will play a key role in determining who will be the second team in the Top 2 along with the table-toppers Puneri Paltan. Hence it is highly speculated that the game will be a nail-biting one and both sides will be playing their hearts out until the final second of the clock.

The defending champions turned up for their previous fixture with a winning streak of three consecutive games. However, their triumphant chariot was crushed down by the fully charged Bengaluru Bulls side in one of the most thrilling contests of Season 9.

On the other hand, the Thalaivas quickly staged a bounce-back aftermath of their sore outcome against the Pink Panthers to overpower Gujarat Giants in the very next fixture.

Things were quite different when the last time these two franchises were up against each other as the Thalaivas were doing wonders under the new head coach while the Delhi camp was keen to find a way to get rid of their prolonged losing streak. 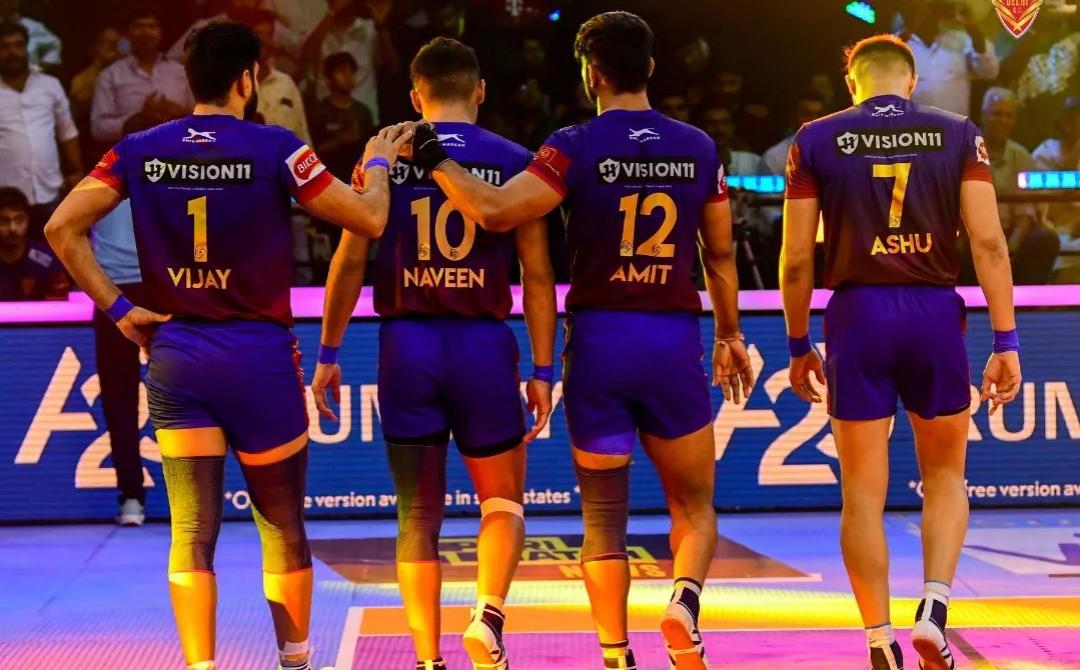 It’s time for the Dabang Fauj to turn the revenge mode on!

The rising star Narender Kandola also scored 24 raid points as compared to the opposition’s team tally of 28 raid points to ensure the Chennai-based franchise’s stance on the winning side at the full-time whistle. Delhi skipper Naveen Goyat suffered a rare failure as his offensive deputy Ashu Malik capitalized on the opportunity and fetched 14 raid points at the strike rate of 82%.

The veteran Delhi raider Vijay Malik has proved again and again that when tough times will occur, he will be standing for his team as the toughest knight. Vishal Lather was the only defender to achieve a High 5 in the Bengaluru game however, the Haryana-born defender did not get support from his cover-partner Ravi Kumar who remained pointless throughout the game. Krishan Kumar Hooda needs to keep a capable backup option for Ravi on the substitute bench which was not available in their recent defeat.

The Thalaivas skipper Sagar Rathee has reportedly suffered a minor injury which made him absent from the Starting Seven against Gujarat. In the absence of Sagar, another Khelo India sensation Arpit Saroha was introduced to the right-corner position by the head coach Ashan Kumar which turned out to be the masterstroke. Arpit went on to score three tackle points in his breakthrough appearance including a solitary Super Tackle at an astonishing strike rate of 75%.

Both teams are currently seated in the mid-table position and have quite brighter chances to grab the playoff qualification tickets compared to their counterparts. Dabang Delhi can surely make their claim on the five available match points if they are able to capitalize on the absence of the opponent’s strongest defender by deploying the left-sided raider Vijay Malik frequently.