Warfare of two heavyweights on the cards!

Pro Kabaddi will be witnessing the strongest three sides of Season 9 taking the battlefield on the same day as the Gachibowli Indoor Stadium of the City of Nizams will be the venue of the action-packed Matchday 41 saga on Wednesday from 7:30 PM onwards.

The inaugural champions Jaipur Pink Panthers will be challenging the newly seated table-toppers Puneri Paltan to defend their crown in the first fixture of the day. Then the double-header saga will be moving to the next episode where Bengaluru Bulls will be summoning Bengal Warriors to reclaim their top place in the points table.

Pune registered a memorable triumph over the rivals Bengaluru Bulls after an iconic conversion of the do-or-die raid into a multi-point raid by Aslam Inamdar in the final moments of the game. The Orange Stallions not only avenged their earlier defeat but also took back the throne of PKL table-toppers with a two-point victory. Meanwhile, the Pink Panthers also emerged victorious in their previous fixture against the neighboring rivals UP Yoddhas that too in a one-sided manner.

The head-to-head record of this old rivalry belongs to the inaugural champions who dominated the Oranges in the initial seasons of Pro Kabaddi. Countering the initial dominance of Jaipur, the Paltan finally opened their win account in the fifth encounter with an overhauled squad led by the Great Manjeet Chhillar. It has come down to 10-7 in the favor of the Pink flag-bearers while two out of those 19 clashes ended in tie settlements.

The Maharashtrian outfit trumped their western counterparts quite convincingly earlier this season to register an eight-point victory. Pune’s jumping jack Aslam Inamdar emerged as the hero of the match with his offensive skills and bagged 11 touches and 2 bonuses to achieve his Super 10 in 18 raids. On the other hand, the Services assailant Arjun Deshwal was the highest scorer from the Jaipur camp scalping 7 raid points. 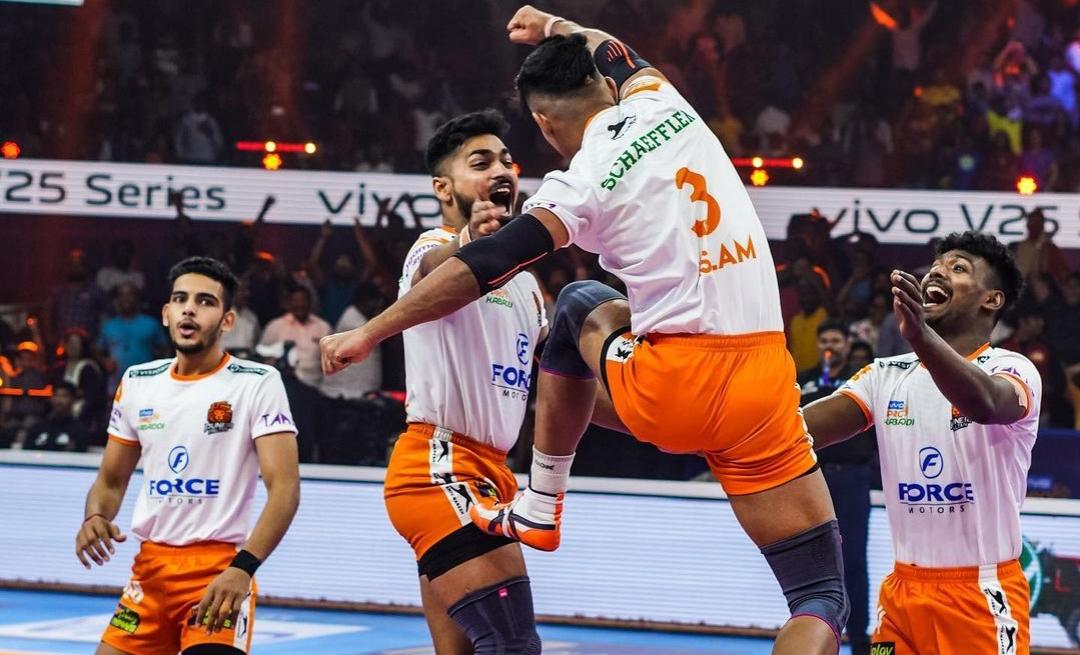 The moment when Aslam Inamdar won it all for the Paltan

Aslam is doing wonders for his home team this season especially in the decisive moments as he went to Bengaluru for the last raid and returned with a perfect bonus and escape point from the dash of the Bulls skipper Mahender. However, the main reason behind Bengaluru’s comeback was the sloppy defensive mistakes of Pune till their final action on the court. The Paltan skipper Fazel Atrachali remained pointless and was also seen making mistakes in the dying minutes of the previous game.

The Jaipur gaffer Sanjeev Kumar Baliyan would definitely not be considering any changes in the Starting Seven which is undefeated for the last three games. The Iranian big buy Reza Mirbagheri went on to score his career’s maiden High 5 and became the highest-scoring defender of the match. It has become so easy for the Services superstar Arjun Deshwal to step out and get off to his individual milestone of Super 10 each and every fixture with comfort.

It is going to be a cracking game of Kabaddi between the two combatants who are making a strong claim for the Top 2 position in the points table. There will be a crushing one-on-one battle between the right raider Arjun and left corner Fazel Atrachali who will be playing a key role in deciding the final outcome.

The Bulls may have lost their recent clash and table-toppers throne against Puneri Paltan but the fightback they delivered in the dying moments is going to be remembered for a long time. The fully charged Bulls tackled the 16-point lead in no time and equalled the scoreline before the final raid of Aslam where they eventually lost the tie. The Kolkata-based outfit is standing very close to the Top 6 and is just an upset away from making it to the playoff probables.

Just like every other sport, these two traditional rival metropolises are sharing a bittering rivalry at the grandest stage of Kabaddi also. The seventh-edition champions Warriors are leading the head-to-head record with the slightest margins of 10-9 against the Bulls who wore the PKL crown just a season before them. Despite losing the first four encounters with Bengaluru, the Sky Blues emerged victorious in 10 out of the following 15 matches and are currently holding a commanding position. 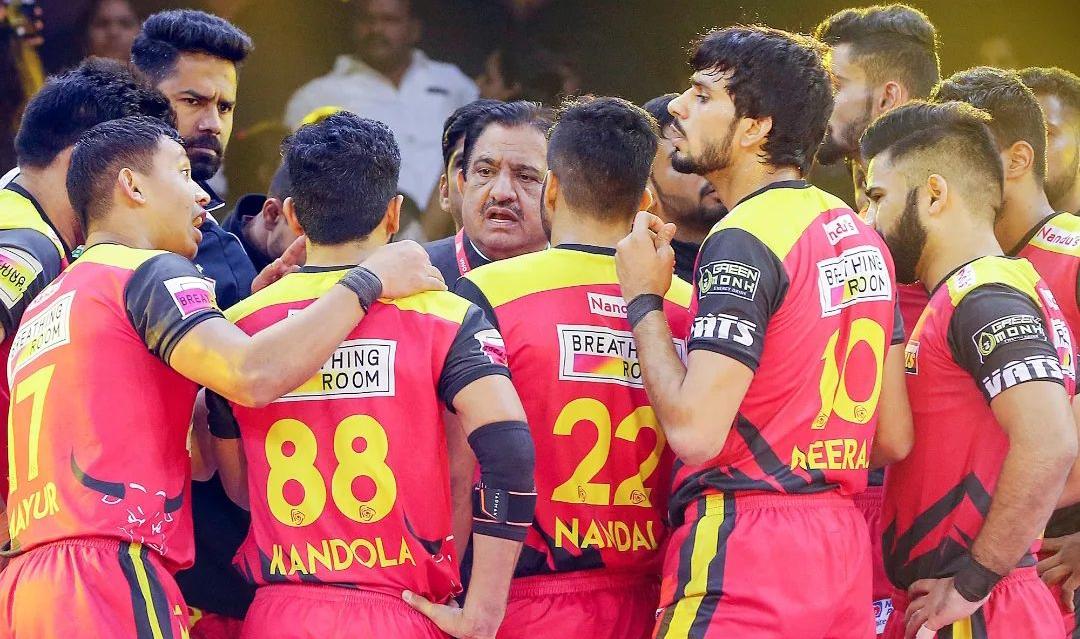 When the Red Blacks kick-started their PKL 9 by stunning the giants Telugu Titans and Puneri Paltan in a rampant way, the Tigers from the land of Bengal were the ones who handed them the first defeat of the season. The Bulls defensive unit fought bravely but still couldn’t stand up front the wrath of Bengal skipper Maninder accumulated his individual Super 10 at an ease. It was the day of left-corner defenders as Girish Ernak of Bengal acclaimed the season’s second High 5 while the youngster Aman Antil also bagged four tackle points.

Many teams have knitted their game plan against Bengal Warriors keeping their strike raider and skipper on target and turning it into a successful one. The Bengal offensive unit is heavily dependent on the Mighty Maninder Singh who is also the second-most successful raider in the history of this league. The last time the Warriors summoned the Karnataka-based franchise, Girish Ernak accumulated a High 5 and the Bangla fans must be also expecting the same from the veteran defender.

Bharat Hooda has now climbed right at the top of individual raid points standings of Season 9 and his absence in the majority of the gameplay was one of the biggest reasons behind their defeat. Despite the initial failure, the towering Services assassin still managed to fetch nine raid points at the time of full-time whistle. Meanwhile, the Bulls’ general Mahender Singh who is supposed to lead them from the front is also suffering from his own form.

Whether it’s the current form or on-paper strength, this Bengaluru Bulls side outclasses the seventh-edition champions franchise in each and every aspect. The biggest task for the Maharashtrian-dominated Bengal defense will be to daunt the opposition raiding unit which is capable enough to toy with any defense in the league.