The bandwagon of Pro Kabaddi League Season 9 has just got their new table-toppers and it will be interesting to see whether the Bulls manage to extend their stay on the top or not. The extravagant action of the Matchday 22 will take place at the historic venue of Shree Shiv Chhatrapati Sports Complex in Pune on Tuesday from 7:30 PM onwards.

Puneri Paltan will be summoned by the reigning and Defending champions Dabang Delhi in front of home fans in the first game of the day. Then the stage will be occupied by the Household of Kabaddi, Haryana Steelers who will be up against the newly crowned table-toppers from the City of Bengaluru. 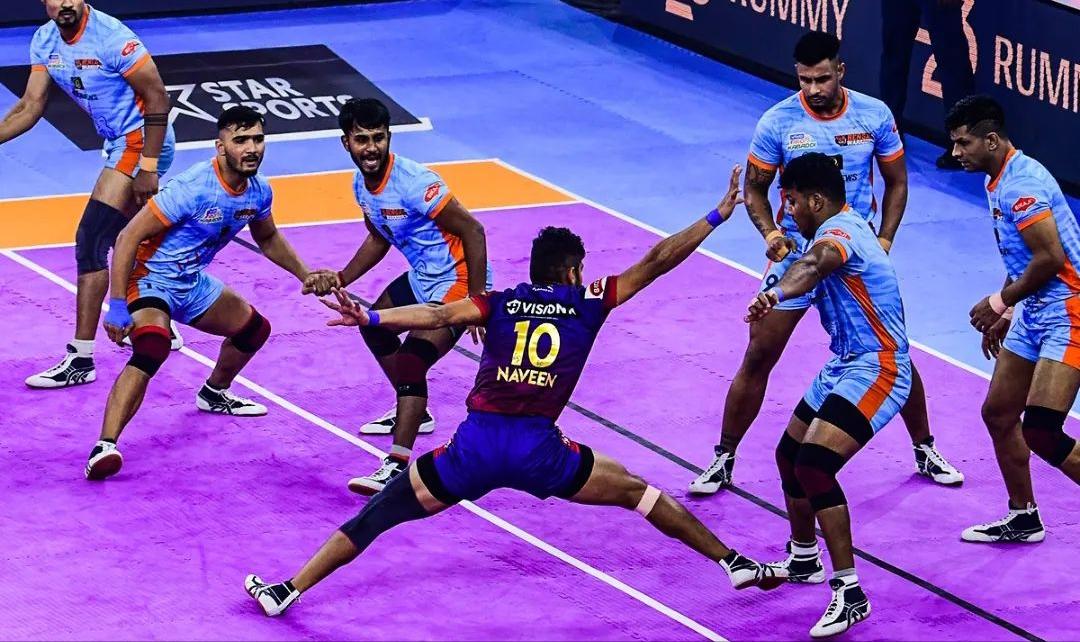 Will the Naveen Express be able to resurrect the devastated state of Dabang Delhi?

A winless run in the first three games was followed by a five-match unbeaten streak from Puneri Paltan while the Season 9 journey of their counterparts is totally different. The Delhi Blues who won five out of five games to kick-start their title-defense campaign are now craving a winning outcome.

The Paltan’s triumphant run of four straight matches was halted by the Steelers when left-cover Sanket Sawant dashed out the raider but couldn’t control himself from going out from the court.

The two metro cities are old foes in the game of Kabaddi battling from the very first Pro Kabaddi season. The head-to-head record of this rivalry also remains neck-to-neck as the Orange Stallions are leading it by 8-7 after their triumph in the most recent face-off.

It was Match No. 76 of Season 8 where the Pune-based franchise registered a thumping 17-point victory over the counterparts who were playing without their star raider Naveen Kumar. The Paltan took revenge on the Dabang Fauj which turned up for that game after winning four of their previous face-offs.

Sanket Sawant has delivered a few good performances here and there however, the most experienced cover defender of the Pune roster is yet to showcase his game maturity. Abinesh Nadarajan who emerged as the Paltan’s best cover defender in the previous season is still nowhere near their matchday squad. Aakash Shinde replacing Mohammad Nabibakhsh in the Starting Seven also seems to be a possible change considering the current form of the local lad.

Delhi could have claimed the five match points against Bengaluru but the Dabang Fauj lacked the temperament to tackle such circumstances. This may open the door of the Starting Seven for many renowned names who are warming the Blues’ substitute bench for quite a long time.

Pune has the advantage of having a relatively better current form which makes them favorites to emerge victorious from this contest. 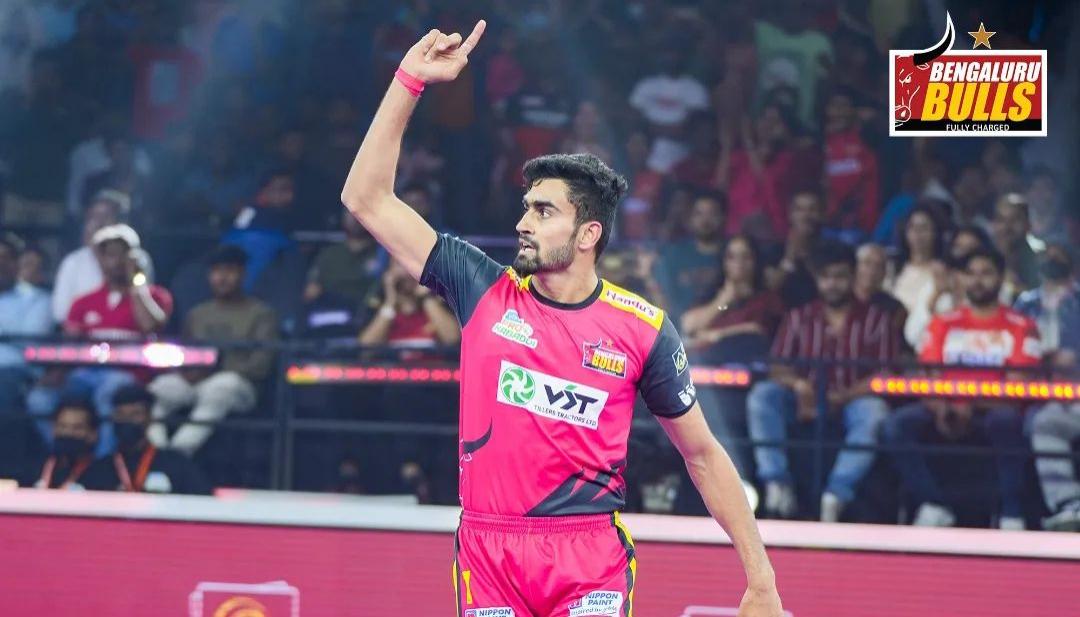 Bengaluru believes in the ‘Bharat’ way!

Haryana has been able to attain only 11 match points in their last six fixtures which shows that the performance of Manpreet’s boys is still not up to the mark. They even almost bottled the three crucial points against Pune until the referee changed his judgment and awarded one point each in the final raid of the play.

The Karnataka-based franchise has dethroned the defending champions from the table-toppers position as a consequence of their memorable triumph over Delhi. The towering raider Bharat Hooda’s 20-point heroics gave them an edge over the Dabangs in a high-scoring thriller.

The head-to-head count of this battle stood neutral on 2-2 before the commencement of the previous season. Then the Bulls went on to complete a double by emerging victorious on both occasions of Season 8 to gain a hefty lead over the Steelers. Dhakad Boys were eliminated from the playoff race when Bengaluru crushed them by 22 points in their last league stage game of the season.

The departure of Pawan Sehrawat has swayed the limelight towards Bharat Hooda who has capitalized on it and truly enjoying his time as the lead Bulls raider. Bengaluru vice-captain and right-corner Saurabh Nandal has now scored nine tackle points from the last two appearances which indicates a danger signal for the left-sided opposition raiders. The Maharashtrian Bull Mayur Kadam who attained two tackle points at a success rate of 66% is also settling down well at the right cover position.

Despite playing on the third-raid strategy, the Haryana defense only managed to fetch three tackle points throughout the 40 minutes of play against Pune. The Railways all-rounder Nitin Rawal is yet to leave an impression as a captain of his home team after a flop show in the past couple of games. The young raiding duo of Haryana, Manjeet Dahiya and Meetu Sharma is doing wonders while hunting the opposition defenders in a pair.

It is going to be an exciting battle between the Bengaluru raiders and the Steelers’ defensive unit and the winner of this combat can surely make a claim for all five match points at the end of the day. 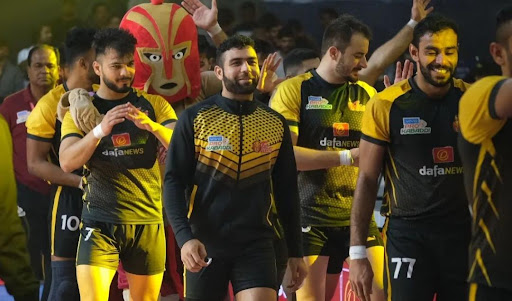