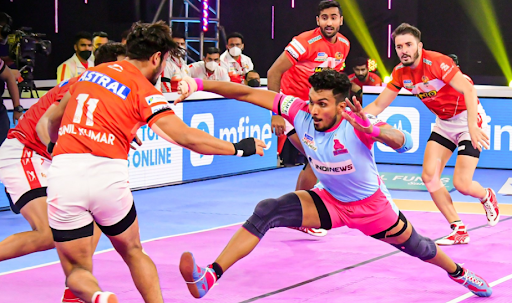 The Jaipur Pink Panthers will be in action against the Puneri Paltan in the final games of their respective campaigns in ‘Match 130’ of the Pro Kabaddi League Season 8.

This is perhaps the most crucial fixture for both teams this season as the two franchises are trying their best to make it into the playoffs and this could serve as a pseudo knockout fixture amongst these two teams.

The inaugural champions have faced a mixed bag of results this season and will look to win their upcoming game to confirm their ticket into the playoffs. Arjun Deshwal has been the star of the team this season as the young superstar has scored 249 raid points for the franchise this season. He is amongst the top three raiders in the league this season and has received great support from skipper Deepak Niwas Hooda who has been in great form this season.

Puneri Paltan is currently on the seventh spot in the points table and has gone through a rejuvenation at the business end of the tournament. After a poor start to their campaign, the team has bounced back strong with young raiders in Aslam Inamdar and Mohit Goyat leading the charge for their side. The team has been a little off in defense and will look to cover all loopholes when they face the inaugural champions in their final league fixture.

The Pink Panthers are currently at the fifth spot on the points table with 62 points to their name in 21 appearances. They have won three of their last five fixtures and are coming off hot with their biggest win of the season over the Telugu Titans with a scoreline of 35-54. The defensive unit has been dependent on Sandeep Dhull who has been the cornerstone of the team. The team will need to improve on their defense as they will need to bring out an all-around play if they make it into the playoffs.

On the other hand, Puneri Paltan is not far behind with 60 points to their name in 20 appearances and has a game in hand as opposed to the Jaipur-based franchise. With an equal amount of wins in their last five games, both sides look evenly matched, and reliant on their strike raiders to get them through in the tournament. Sombir has been the best defender for the side with 47 points to his name and will look to reach the 50 tackle points milestone this season.

The Jaipur Pink Panthers and Puneri Paltan have faced each other for a total of 17 fixtures and the inaugural champions hold the majority of the wins in their favor with 10 wins against their name. On the other hand, the Pune-based franchise has only five wins to their name with the last clash between the two sides this season also witnessing the Pink Panthers defeat the Paltan 31-26. 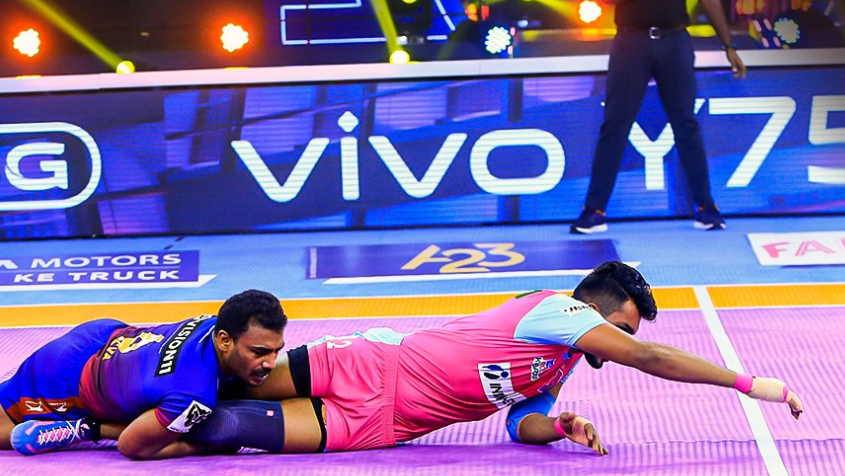 Arjun Deshwal: Arjun has been the star of the season for the inaugural champions this season spearheading the raiding department. Arjun would love to clinch the green armband with just one game left in the campaign, as he’s just thirteen points behind the top scorer Pawan Sehrawat who has 261 points to his name this season.

Aslam Inamdar: Aslam will be the strike-man for the Puneri Paltan if they wish to make it into the playoffs. With 144 raid points to his name in 20 appearances, the young raider will look to help his side make it into the knockout stages of the tournament this season.

This is bound to be one of the most thrilling fixtures in the league this season, both the teams are coming off big wins against their opponents and will look to keep their streaks up and running and close the league stages with a win against their tally.

This could be a direct contest between Arjun Deshwal and Aslam Inamdar and depend on who can outscore their opponent. Based on the recent form, we predict a victory in the favor of the Jaipur Pink Panthers.