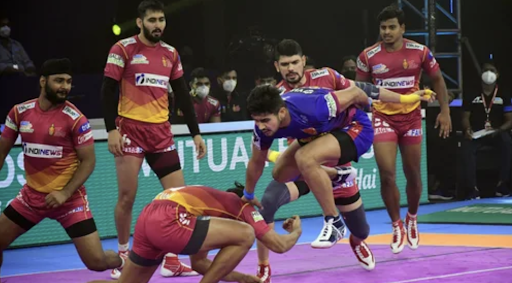 Dabang Delhi lock horns with the Jaipur Pink Panthers in the 46th match of the Pro Kabaddi League Season 8 at the Sheraton grand Convention Centre in Bengaluru on Monday. Both the teams have won their previous encounters.

For both the franchises it has been the two raiders, Arjun Deshwal and Naveen Kumar who have saved the days on multiple occasions. The Dabang Delhi have been poor in their tackling department and they will hope that Manjeet Chillar and Joginder Narwal step up.

The Pink Panthers performed better as a defensive unit in the previous match and they will hope that the story continues in the next match.

Jaipur Pink Panthers are ranked 7th in the standings with 3 wins and 4 losses in the 7 matches so far. They registered a victory in the previous match as there were impressive in both the departments against the Puneri Paltan.

Dabang Delhi is the only unbeaten team of the tournament so far and has won 5 out of 7 matches they have played this season.

Dabang Delhi won both encounters in the previous season. The first match was won by 35-24 while the second match was a close contest with Delhi winning by a margin of 2 points. 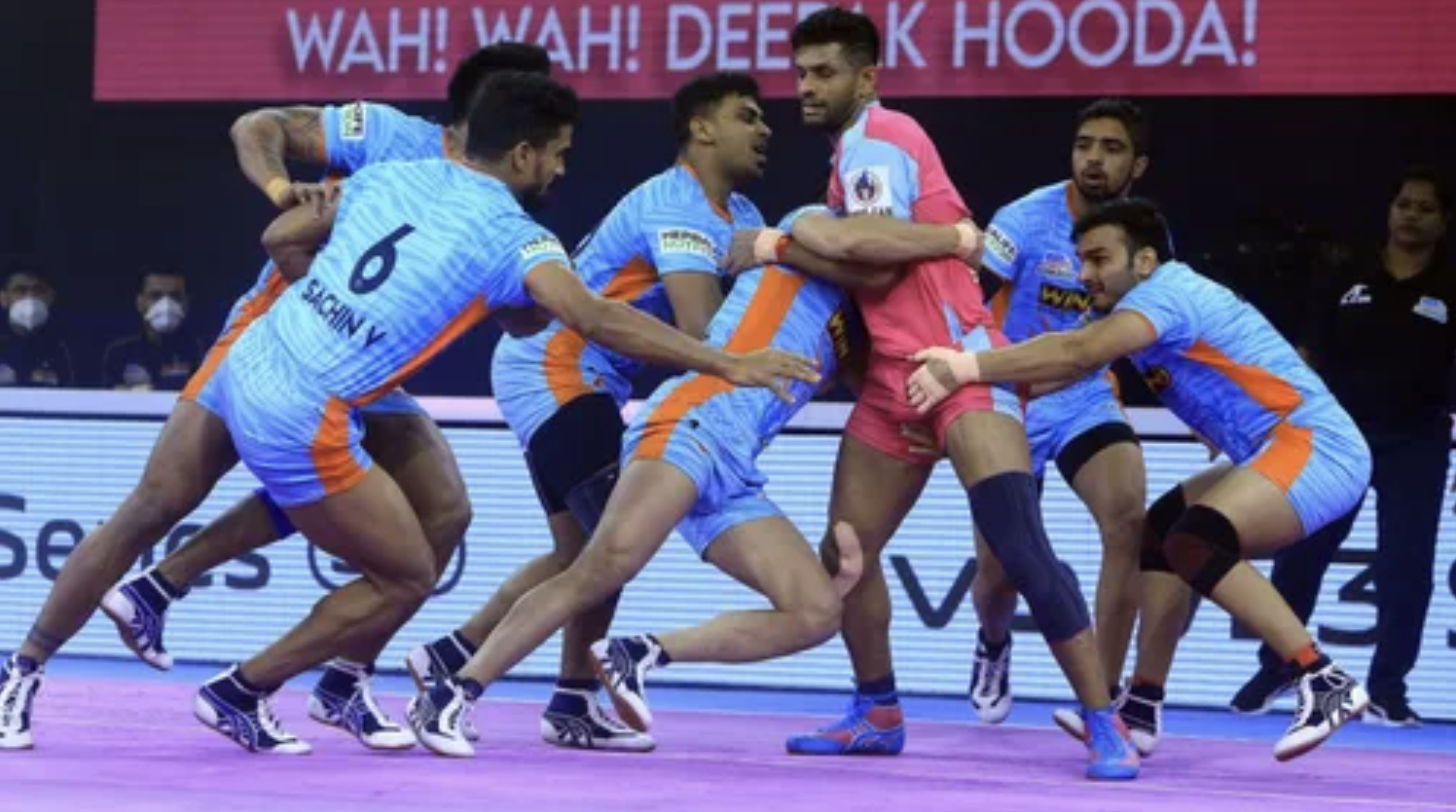 Deepak was benched in the previous match against the Puneri Paltan

Naveen Kumar: The raider has scored a super 10 in each of the seven matches so far. His exquisite performances have overshadowed Delhi’s weakness and that has been the highlight of the season.

Deepak Niwas Hooda: The skipper had started off the campaign on an impressive note but in the last few games he has been poor. He was benched in the previous match and after he was substituted on the mat, he didn’t make a difference. The Pink Panthers will hope that he supports Arjun Deshwal in the raiding department.

Although the Jaipur Pink panthers showed marginal improvement in the previous match, Delhi will have the upper hand as The Naveen Express has been unstoppable this season.

The battle between Arjun and Naveen against weak defensive units will decide the fate of this encounter. However, Delhi will enter as favorites as they have developed a habit of winning over the course of the ongoing PKL season.