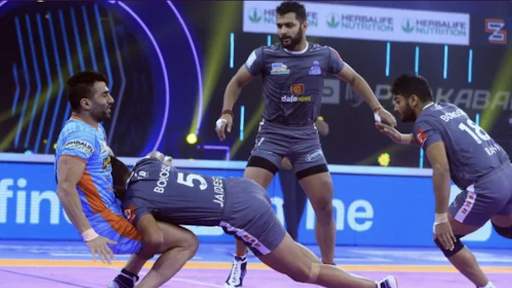 Haryana Steelers will lock horns with U.P. Yoddha in the 49th match of the Pro Kabaddi League at the Sheraton Grand Convention Centre in Bengaluru on Wednesday.

Pardeep Narwal has been lackluster by his standards in the PKL 8 so far and that was a cause of concern for U.P. If Surender Gill and Shrikant Jadhav continue their form from the previous match and Pardeep delivers, the Yoddha might have one of the most stellar raiding units in this season. The defenders stepped up to the occasion in the previous game and will be hoping that Sumit and co. will be tough against Vikas Kadola-led franchise.

The Haryana Steelers have been inconsistent in the season and have won only two out of their last five matches. Jaideep and Surender Nada are one of the top defenders and hence, they will be their prime hope of stopping the Yoddha raiders. The raiding unit will be facing a challenge against the Sumit-led defense of the U.P.-based franchise but will be the favorites.

The Uttar Pradesh-based franchise has two wins, four losses, and two ties in the 8 matches that they have played so far. After a poor run of form, U.P. Yoddha stormed back into the tournament with a dominant win over table-toppers Bengaluru Bulls in the previous match. The Nitesh Kumar-led side’s victory was their first since the one against Patna Pirates in the second match. Against the Bulls, the Yoddha were clinical in both departments but 6 super tackles sealed a win for the north Indian franchise.

The Haryana Steelers were trounced in the previous match as both the departments underperformed. Other than Vikash Khandola, all the players were under par as Jaideep and Surender Nada failed to get the better of the Tamil Thalaivas raider. They are ranked 8th in the table with 3 wins and 4 losses in 8 matches so far.

The two franchises have played 4 matches between them in the history of the league. The honors have been shared with 2 wins for each side. The Steelers won the first match of PKL 7 36-33 as Vikash Kandola scored a super 10. While the Yoddha got their revenge in the reverse fixture with a 37-30 victory over the Steelers as Shrikant Jadhav and Surender Gill combined to bag the victory. 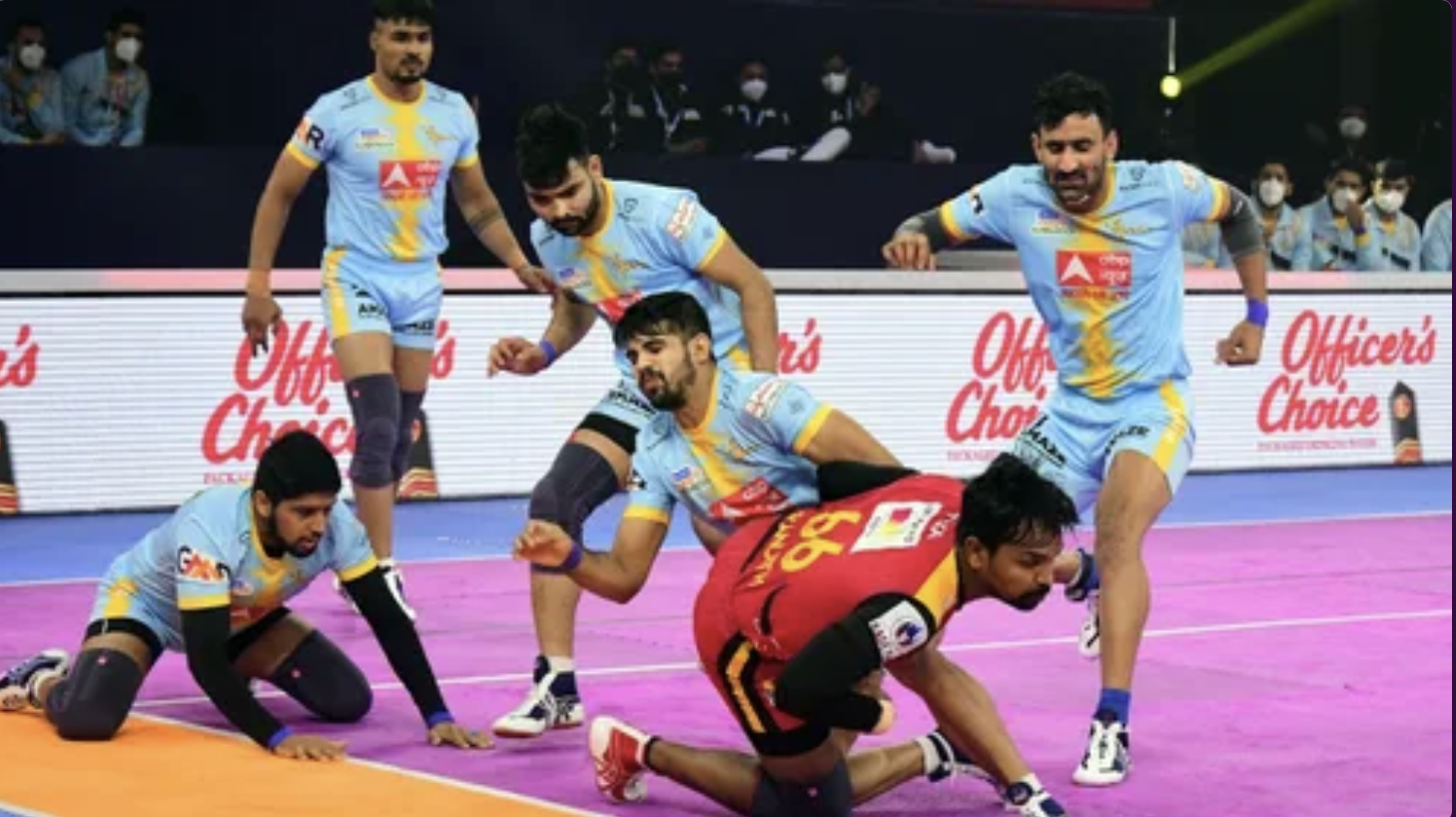 U.P. Yoddhas scored 22 tackle points in their last game against the Bulls

Shrikant Jadhav: The U.P. Yoddha substituted Pardeep Narwal out of the match against the Bengaluru Bulls as Shrikant Jadhav was their prime raider. He had been warming the bench till now but against the Bulls, the raider was in top-notch form with 12 raid points and also inflicted a super tackle. The team management will hope that he builds onto the momentum he has attained.

Vikash Kandola: The skipper was decent in the previous match in the first half but lost momentum as he lacked support from Meetu Mahender. The franchise will hope that he steps up to the occasion in the next match.

The Steelers faced a loss in the previous match while the Yoddha inflicted a defeat on the Bengaluru Bulls. However, the Steelers have experience in their ranks and can bounce from the defeat. U.P. Yoddha is just coming into their own and is the underdogs in the contest.