Haryana Steelers will take on the Bengaluru Bulls in the 22nd match of the Pro Kabaddi League at the Sheraton Grand Whitefield Hotel and Convention Centre in Bengaluru. on Thursday, 30th December.

Both the teams are ranked in the mid-table and will be aiming to take a leap in the points table. The Bulls are ranked 5th with a couple of wins in their last two matches while the Steelers won their first match in the previous match against the Telugu Titans. The Vikas Kandola-led side is ranked 8th on the standings.

Bengaluru Bulls have the highest successful raid percentage of 47.37 in this season and have the duo of Pawan Kumar Sehrawat and Chandran Ranjit are among the top 10 raiders in PKL 8. On the other hand, Haryana Steelers have conceded the most points this season.

Bengaluru Bulls lost their first match of the season against U Mumba 30-46. The raiding department led by Pawan Kumar Sehrawat and Chandran Ranjit has been instrumental in the franchise’s wins in the previous two matches.

The Bulls held their nerves in the dying moments of the match and Dong Geon Lee 2-point raid sealed the victory for the Bengaluru-based outfit against the defending champions.

Their opponents Haryana Steelers have been a part of close contests in each of the three matches this season. The franchise from northern India has ended up on the wrong side in two of the matches. In the last match against the Telugu Titans, the Steelers squandered a 10-point lead but survived a late scare to grab a much-awaited victory.

The two teams have shared honors as they won a couple of matches apiece in their four meetings so far.  The Bulls thumped the Steelers 59-36 in the previous meeting in Pro Kabaddi League 2019. 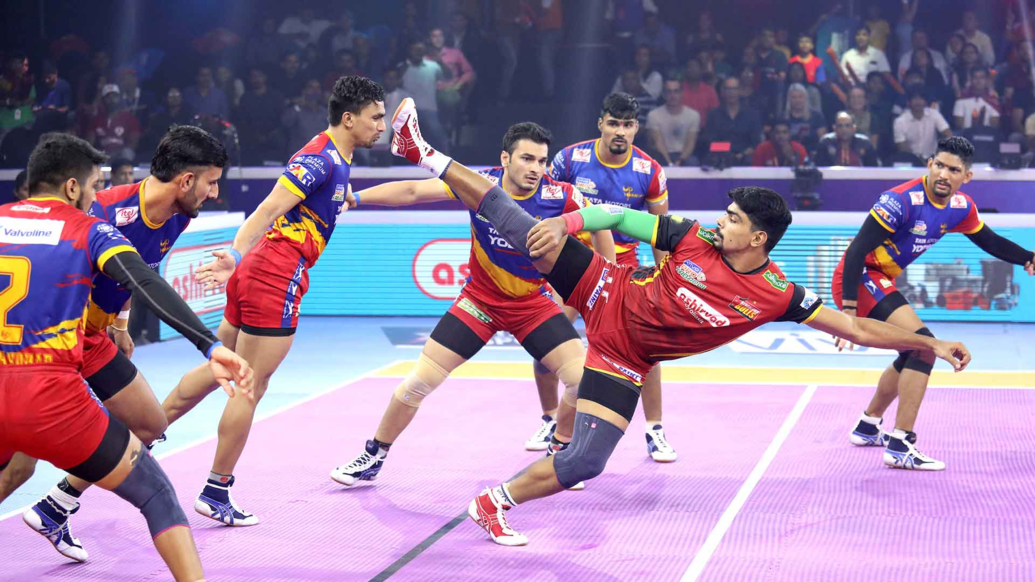 Pawan Kumar Sehrawat: Pawan Kumar has been a stalwart for the Bulls in the previous seasons and this year is no different. He has a couple of super 10s in three matches so far. He has been complimented well by Chandran Ranjit.

Meetu Mahender: Young Meetu Mahender scored a super 10 in the previous match against the Titans and the franchise will hope that he adds to his performance. The raider can be lethal for the team going forward.

Haryana Steelers have been inconsistent in the tournament but Bengaluru Bulls have emerged as a better side ever since their defeat to U Mumba in the opening match. The Steelers have an uphill task on their hands to restrict Pawan Kumar and co. and a victory to the Bengaluru Bulls will be the likelier of the two results.