The Gujarat Giants will be in action against the U Mumba in Match 61 of the Pro Kabaddi League Season 8 on Tuesday. Both sides have had an average season so far and haven’t been able to produce consistent performances.

Both teams are currently placed in the bottom six of the points table and will look to add on some wins in their upcoming games to remain in the race for playoffs. U Mumba will have an advantage heading into the game as both Abhisekh Singh and V Ajith Kumar could start for the side against the Gujarat Giants.

U Mumba is currently seventh on the points table with 28 points to their name from 10 games. They have won and lost three games each, while their remaining four matches ended in draws.

The team had a fantastic start to the season with a win over the season 6 champion Bengaluru Bulls but haven’t been consistent at all with their game. They have struggled to perform in the absence of Abhishek Singh or V Ajith Kumar as both the raiders have missed a few games due to injury.

Gujarat Giants, on the other hand, had a very disappointing season so far into the league. The team is currently stuck at the second last position on the points table with just twenty points to their name in nine games. They have only managed two wins so far this season. The Gujarat-based club has lost five and tied two of their remaining seven games.

The franchise has a great defensive lineup, but the players have been very inconsistent. The team also lacks a proper frontline raider, which has been one of their key issues this season.

U Mumba has met the Gujarat Giants eight times with the latter winning five of the fixtures. Meanwhile, the Mumbai-based have only three wins to their name against the Giants. 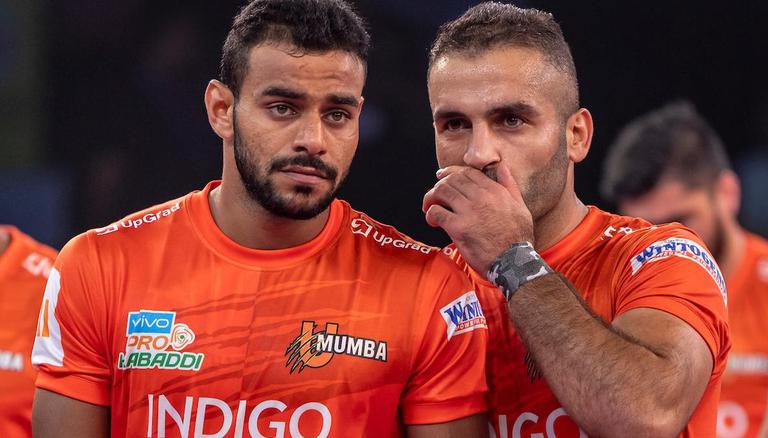 Abhishek Singh: Abhishek Singh had a great start to the season with a banger against Bengaluru Bulls, but since then the raider has fallen off grace. Abhishek is a strong raider that likes to use his strong physique to push through the defense. The raider will have to prove himself in the upcoming games and what better way to make a comeback than to score big against one of the most solid defensive units in the league.

Parish Bhainswal: Paresh Bhainswal has been the emerging star for the Gujarat Giants this season. The young defender has shined since the first game and has been one of Gujarat’s strongest links so far this season despite a travesty of a season.

U Mumba seems to have an upper hand over the Gujarat Giants in their encounter as they have an array of raiders in Abhishek Singh and V Ajith Kumar who could exploit the vulnerable Gujarat defense. Gujarat will have to be rock solid in defense and avoid any mistakes if they wish to win this game and remain in the race to the playoffs. Between both these sides, we predict a hard-fought finish in favor of U Mumba.