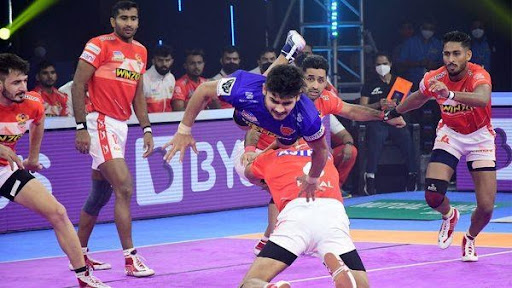 The most wanted man in the PKL right now

A desperate Dabang Delhi side will be up against the great defensive wall of Gujarat Giants in Match No. 81 of the Pro Kabaddi League Season 8. Some of the stalwart defensive names will be taking the battlefield in Sheraton Grand Whitefield Hotel at Bengaluru.

The environment in Gujarat Giants camp must be positive as the Ahmedabad-based franchise edged out Tamil Thalaivas in a nail-biting thriller where coach Manpreet’s tactics helped them to control nerves in the dying minutes of the game. The most important takeaway from their previous fixture was that they played exceptionally well as a unit where defense and offense departments had their equal share in the victory.

While the Capital-based franchise had a forgettable outcome against Pune where Paltan handed them a 17-point defeat. The offensive unit was able to put up a fightback but the defense line of Dabang Delhi seemed off-color. This recent defensive failure may pressurise gaffer Krishan Kumar Hooda to play Sandeep Narwal primarily as a defender.  ‘The Naveen Express’ has returned to training and is expected to be back on the mat very soon. Not just Naveen but Delhi’s captain Joginder Narwal is also out of action for quite a while hence his presence at the left corner is dearly missed by fans.

Their previous face-off ended in a thrilling settlement between these two franchises earlier this season. The clock was stopped on a 24-24 scoreline in slow-paced action where defensive units of both sides maintained the game’s compactness throughout the 40 minutes. Although Giants couldn’t stop Naveen from scoring a marvelous Super 10 while Gujarat captain Sunil claimed four tackle points which were almost 80% of the team’s tally of five tackle points.

Gujarat Giants are on verge of having a successive disastrous campaign after playing finals in the first two seasons previously.  Although Gujarat gaffer Manpreet Singh is leaving no stone unturned to get results still the roster is unable to transmit the coach’s energy on the mat. Giants missed the trick by not executing Manpreet’s inputs at the right time otherwise the circumstances would have been different.

Delhi’s season eight campaign can be divided into two halves, between before and after Naveen’s injury. They started doing well under the leadership of Manjeet Chhillar without Naveen but the Pune game once again broke the rhythm. The table-toppers crown belonged to Dabangs and they held it for a long period before it was snatched by Bengaluru Bulls. Although the capital-based franchise isn’t far away from the top, trailing by three points from the Bulls with two games advantage in hand.

The initial domination granted Gujarat Giants an upper hand in this rivalry as they stand on five victories over the blue side. Meanwhile, Delhi managed to triumph over Gujarat only twice and two fixtures were concluded on equivalent scorelines. It will be interesting to see the former captain and club legend of Dabang Delhi, Ravinder Pahal returns on the mat or not.

Sunil Kumar Malik: Sunil’s performance has drastically changed after his reinstatement as a captain due to the unavailability of Ravinder Pahal and the right-cover defender is now leading Giants by example. A marvelous High 5 by Sunil against Tamil Thalaivas was his first one this season and also tackled the opponent’s main raider Manjeet Dahiya in decisive moments of the match. The stand-in Gujarat captain was honored with the ‘Defender of the Match’ award against Dabang Delhi previously. 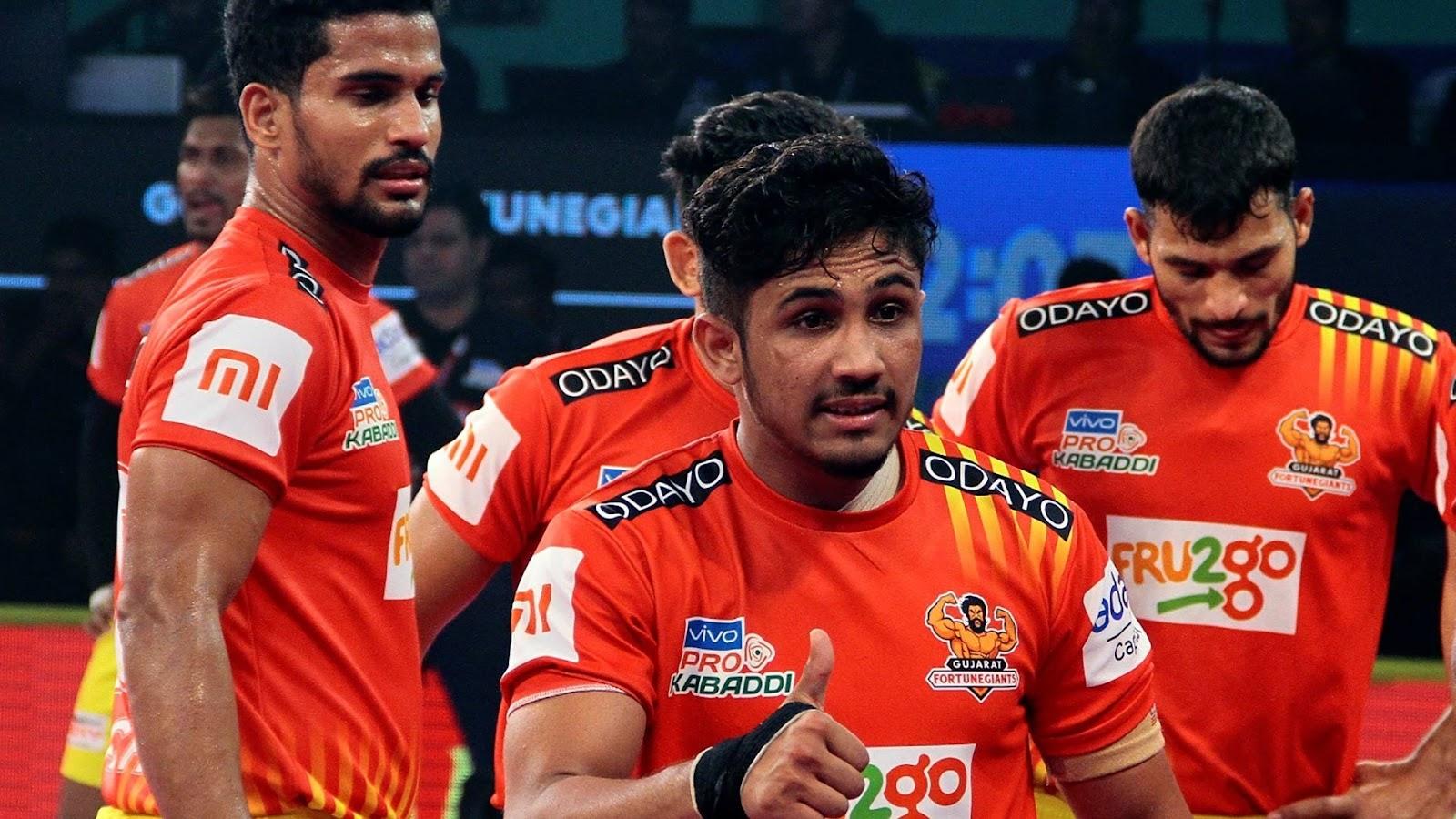 All eyes on the Gujarat Giants captain!

Vijay Malik: Vijay had a great Senior Nationals campaign as a captain of Chandigarh after being in the Top 10 raiders of the tournament. He has continued the same run in season eight too after emerging Delhi’s most reliable source of raid points in the absence of Naveen. His tally of eight raid points with a strike rate of 53% in the last game was almost ⅓ contribution in the team total. Vijay was Delhi’s second-highest scorer with five raid points when the last time Dabangs squared off with Gujarat Giants.

Head to head record and current form, both aspects are going Gujarat’s way but it is inappropriate to write off second-placed Dabang fauj from this match. As Manjeet Chhillar-led Delhi is eying on five match-points to reclaim their table-toppers crown.