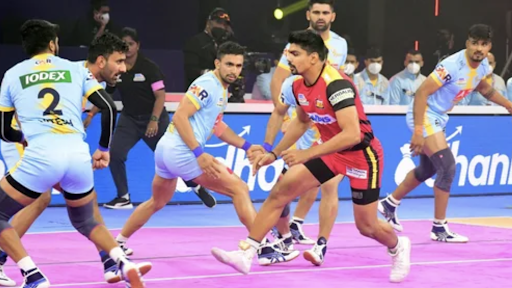 Pawan Kumar Sehrawat scored only 5 points in the previous match against U.P. Yoddhas

It’s a mouth-watering contest between the two teams at the top of the cellar in season 8 of the Pro Kabaddi League as the Dabang Delhi battle it out against Bengaluru Bulls at the Sheraton Grand Convention Centre in Bengaluru on Wednesday.

Bengaluru Bulls have been impressive but one of the main causes of concern will be the manner of the defeat in the last match. Pawan Kumar Sehrawat has been the best raider and he has been influential as a leader and the franchise has been over-reliant on him. The Bulls will hope that the other players step up even if Pawan has an off-day.

Dabang Delhi has failed whenever Naveen Kumar has been under-par. Although Vijay and Ashu Malik have shown glimpses of their brilliance Naveen’s performance has mirrored the team’s result. The law of averages caught up with the raider and Delhi lost their first game of the season. The aim of the franchise will be to play as a unit and hold to an advantage created by the raider even when he is off the mat.

Bengaluru Bulls have been one of the most incredible teams in this season. In the 8 matches they have played so far, they have been victorious in 5 of them. In the previous match, they succumbed to a defeat as the Yoddhas put up an inspired display. It was their first defeat since the opening match against U Mumba. With 28 points in their kitty in spite of the loss, they are placed comfortably in the top half of the table.

Dabang Delhi was handed their first loss of the season in the previous match against the Jaipur Pink Panthers. The Delhi-based franchise threw away the lead in the final minutes against the inaugural champions as Naveen Kumar was on the bench. However with 5 wins and 2 ties in the 8 matches so far, they are still on top of the standings.

Dabang Delhi has dominated the head-to-head battle with 8 wins in the 14 matches they have played between them. The Bulls have won 5 matches while a solitary match has ended in a tie. The tied match came in the previous season as the two teams shared honors at 39-39.

They also met in the semi-final in PKL 7 as Dabang Delhi won the encounter 44-38 in spite of Pawan’s 18-point effort. 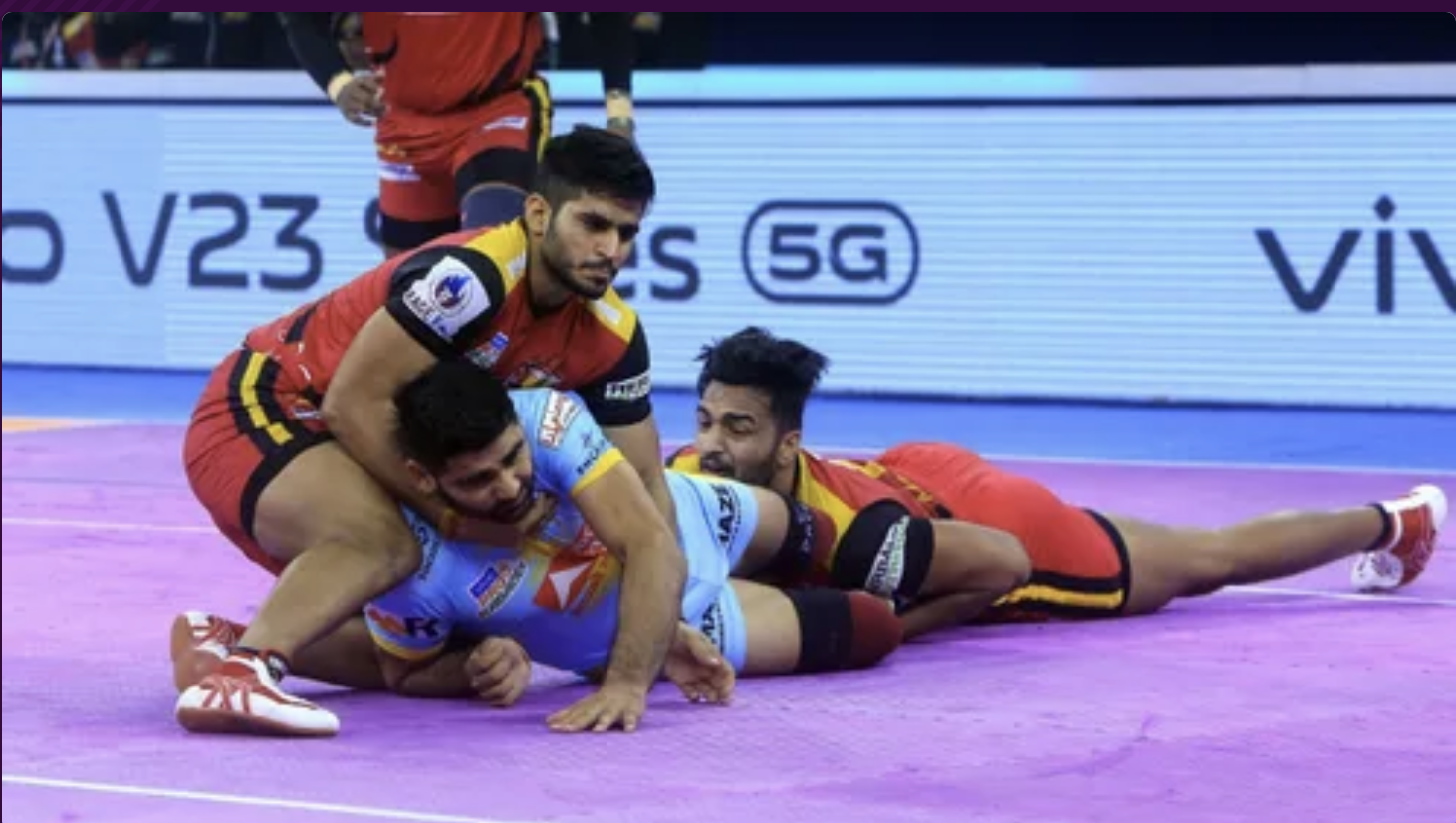 Bengaluru Bulls picked up only 7 tackle points against U.P. Yoddhas

Bharat: The raider turned out to be a super-sub for the Bulls against the Yoddhas as he scored 11 raid points. Pawan Kumar Sehrawat and Chandran Ranjit had a tough day at the office as he took advantage of his height and stood up to the occasion. Bharat was the lone performer on the mat for the Bulls on Sunday as he lacked support from his teammates. However, he can be a lethal player with Pawan and Ranjit guiding him.

Ashu Malik: The raider stepped up to the occasion as Naveen Kumar failed with just 7 raid points to his name against Jaipur Pink Panthers. Naveen’s streak of super 10s came to an end but Ashu Malik was impressive and agile and will be the key raider for Dabang Delhi in the tournament.

Although, both the teams are coming off losses, they remain the favorites to be crowned the champions at the business end of the tournament. Bulls and Delhi will remain the teams to beat in the season going forward. In this match, the Bulls will be the favorites as they have an all-round unit with a potent raiding and defensive department while Delhi has been over-reliant on Naveen’s ability.