Bengaluru Bulls will face Gujarat Giants in the 74th match of the Pro Kabaddi League at the Sheraton Grand Convention Centre in Bengaluru on Sunday. The two teams have had contrasting fortunes in the last few matches.

The Bulls have a well-rounded unit but luck didn’t favor them in the previous match. After Mohammad Nabibaksh’s controversial 8-point raid, the Bulls didn’t make a comeback and were less motivated.

The Gujarat Giants have been improving as a defensive unit with Sunil and Parvesh Bhainswal impressing in the last few matches. While Rakesh Narwal and Rakesh Sangroya along with Mahendra Rajput are doing well in the offense.

Gujarat Giants have lost just one out of their last four matches in this season of the Pro Kabaddi League. They have 3 wins and as many losses at the halfway stage along with 5 ties in the competition so far.

Bengaluru Bulls are one of the strongest teams in the league with 40 points in 12 league matches so far. The Bulls have won 7 matches while losing 4. Their score difference of 50 is the best in the ongoing league season.

Bengaluru Bulls and Gujarat Giants have shared honours with 3 wins each in their 7 meetings so far. The two teams met in the previous week and the Bulls registered a thumping victory over the Maninder Singh-coached franchise. Pawan Kumar scored 19 points while Bharat scored 9 points. 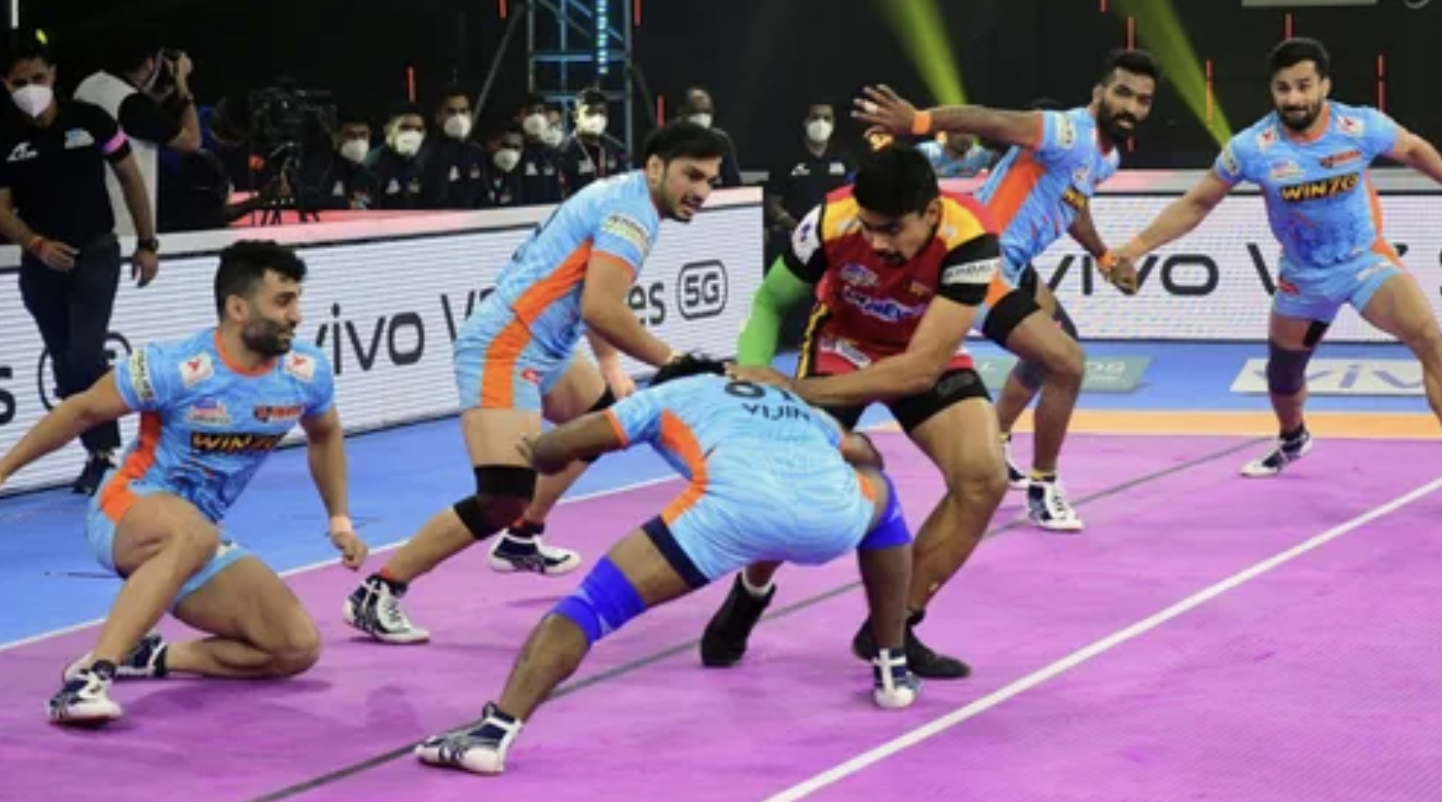 Pawan Kumar Sehrawat has the most raid points in this season

Pawan Kumar Sehrawat: The raider has been in top-notch form this season with 164 raid points this season. He has picked up a super 10 in each of the last four matches this season. However, he has been on the mat for just 50% which might be a cause of concern for the Bulls.

Sunil Kumar: The defender has been impressive in the past few matches and he scored a high 5 against the Tamil Thalaivas. Sunil has been on the mat for 84% of the time and his form will Giants’ strength in this season.

The Bulls have been a top side while the Giants have been lackluster on multiple occasions so far. Although, the Giants have shown glimpses of brilliance in the defensive department Bengaluru led by Chandran Ranjit and Pawan Kumar Sehrawat will be the favorites heading into this encounter.