Defending champions Bengal Warriors will take on the formidable Tamil Thalaivas in the 51st match of the Pro Kabaddi League Season 8 at the Sheraton Grand Convention Centre in Bengaluru on Thursday. The two franchises have had contrasting fortunes of late as the Bengal Warriors have won just a solitary encounter while the Tamil Thalaivas are unbeaten in their respective last five matches.

The Bengal Warriors have failed to live up to the expectations this season and despite a plethora of raiders, Maninder Singh has lacked quality support in the tournament so far. Mohammad Nabibaksh is the only other in-form raider and that will hurt the Warriors in a tough battle against one of the best defensive units of the tournament.

The Tamil Thalaivas is arguably the best defensive unit of the tournament and has the perfect blend of experience and youth. They were tight against the capable raiding duo of Vikash Kandola and Meetu Mahender and will carry the confidence from the previous match. In the last few matches, the raiders Manjeet and Ajinkya Pawar have stepped up to the occasion and will be the ones to watch out for.

The Bengal Warriors have been inconsistent in this season so far with 3 wins and 5 losses in 8 matches. The defending champions are ranked in the bottom half of the table and after starting the tournament on an impressive note, they have registered just a solitary win in their last 5 matches. A negative score difference of -37 will be cause of concern for the blue outfit.

The Tamil Thalaivas are ranked comfortably in the upper half of the standings with 3 wins and 4 ties in 8 matches so far. The all-round performances have meant that they lost just one match this season. Their dominant win against Haryana Steelers in which they inflicted 4 all outs will boost their confidence skywards.

The Bengal Warriors have been the utterly dominant in the head-to-head clashes with 7 wins in 8 matches against the Tamil Thalaivas. In the previous season as well, the eventual champions brushed apart the Thalaivas 35-29 and 33-29 in the two matches. 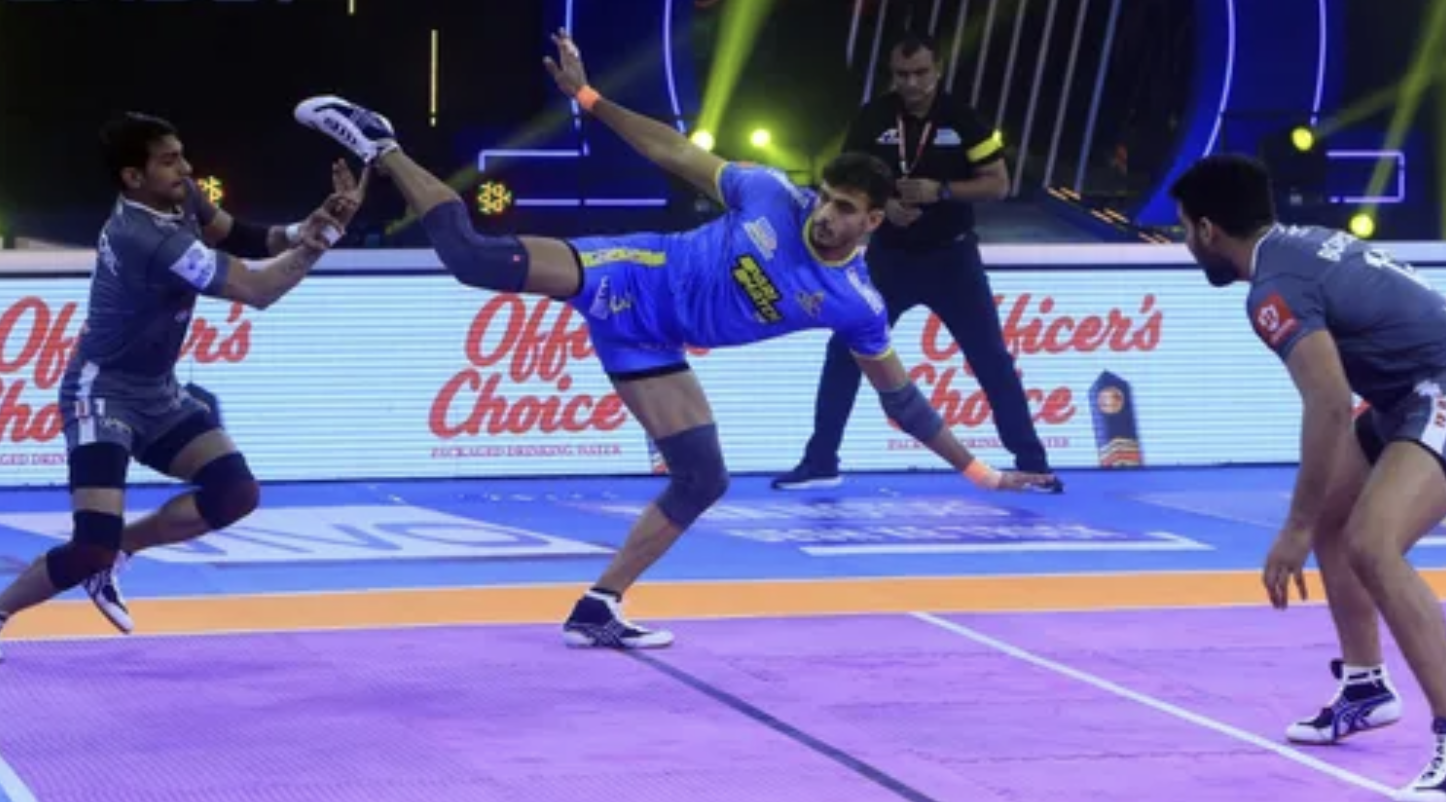 Surjeet Singh: The defender has been lethal along with Sagar as the two of them have crippled raiders in most of the matches. With 30 successful tackles in the tournament so far, Surjeet is comfortably leading the defenders’ chart of most successful tackles.

Maninder Singh: With 99 raid points in the tournament so far, the Bengal Warriors’ skipper has been phenomenal but will expect Akash Pikalmunde and Sukesh Hegde to fire as well.

The Bengal Warriors have been lackluster and they would have hoped the title defense to be better than how it has panned out so far. The Tamil Thalaivas are coming into their own and will be the firm favorites for the encounter.