5 returning players to watch out for in PKL 9 

The wounded lion of Maharashtra is ready to roar!

Pro Kabaddi League is such a supreme platform which is a sure-shot pathway of making or breaking the career of players overnight. We have seen Kabaddi players receiving all kinds of fame in the minimal span of time after their successful short prowesses. However, many of them are often unable to perform up to their reputation and end up vanishing their existence in the Indian top-flight Kabaddi league.

Making it to the PKL is hard and doing it again is even harder but as we all know the comeback stories are meant to be complex ones. The ninth edition will bring another opportunity to these returning players to reclaim their place at this prestigious stage. ‘Parimatch News‘ brings you the list of five wounded lions who are set to make a comeback in the PKL 9.

The addition of Anand Tomar can be a surprising one for many of the PKL fans as his previous stint was pretty much unknown to them. Tomar hails from Amaravati city of Maharashtra but represents Vidarbha in the national competitions as his hometown is situated in the jurisdiction of the eastern region. The rampant raider had impressive individual performance in the previous two Senior National Championships which helped him to earn back to PKL call-up.

Tomar kick-started his Pro Kabaddi career with the Haryana Steelers side in the sixth edition. His potential talent was scouted by the Haryana head coach of that time Rambir Singh Khokhar after being impressed by his all-round skills. The Vidarbha raiding all-rounder made five appearances for the Steelers and fetched 9 points consisting of eight raid points and a solitary tackle point.

When Rakesh Kumar arrived at the Haryana camp, he insisted on changing the core of the roster thus forcing Anand to make way for the new lads. Despite keeping his base price low, he still did not find any buyers in the auctions of the following two PKL seasons and remained unsold.

However, the newly appointed Patna gaffer Ravi Shetty has entrusted him to become the flag-bearer of the Pirates, making him the second Vidarbha player to feature in the PKL 9 along with Akash Pikalmunde.

The list also features a foreign name who is boarding the flight to India after a halt of three years. Gujarat Giants will be the third destination of the South Korean international who has been the first-choice left-corner option in recent times. The 29-year old rocky cover defender is short in stature and often called ‘Pocket Dynamo’ for his aggressive style of defending.

Ko formed a deadly partnership with his skipper Surjeet during his Bengal stint as the cover-defensive duo wrote the first chapter of the Warriors’ resurgence in Season 5. The following season witnessed the South Korean showcasing his peak performance in a series of cameo appearances. His heroics for the inaugural champions in the Super Tackle circumstances caught the eyes of the PKL universe.

He was last seen in the Orange and Black outfits of U Mumba before going unsold in the Season 8 auctions due to lack of performance and dreaded recent form. Team Gujarat placed the unchallenged first bid of 10 Lakh for him to fill out the overseas quota and also increase the number of options for the left-cover position. 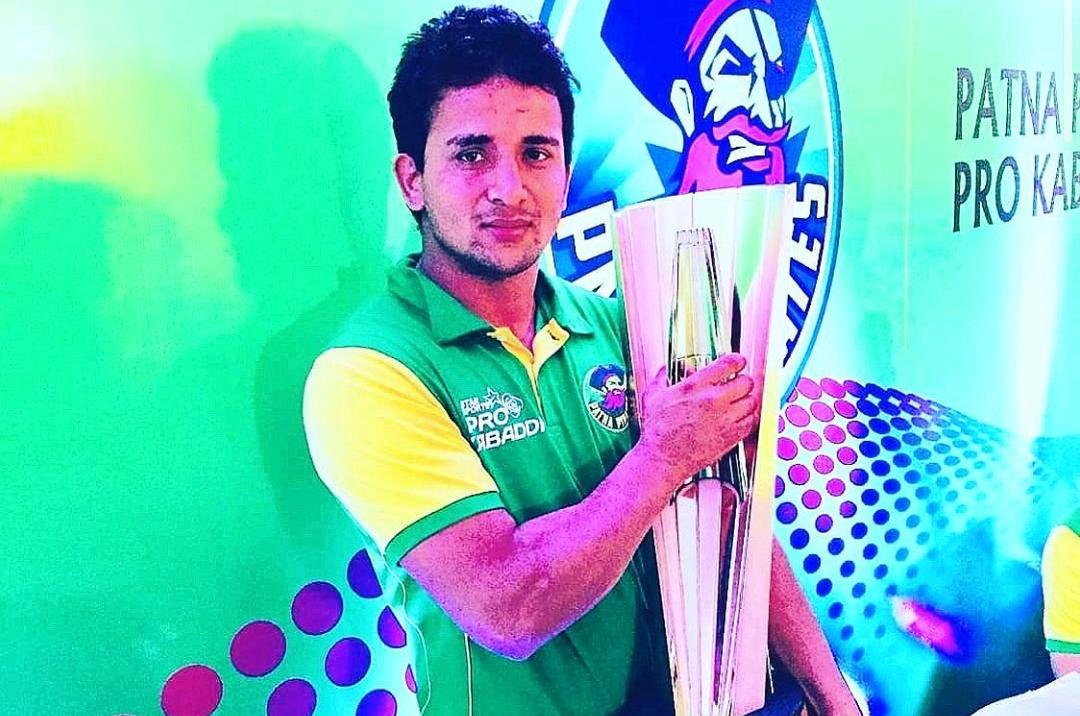 A major throwback to the peak days of Vinod Malik

The left-cover defender made his Pro Kabaddi debut in Season 3 thus making him the most experienced feature of this list. He was part of the Patna Pirates side that lifted their first PKL title in the third edition defeating Anup Kumar’s U Mumba in the Grand Finale. He contributed 16 points from nine matches of PKL 3 and also featured in Patna’s Starting Seven of the final clash.

The Haryana-born defender then went on to give his best individual performance in the following season for Telugu Titans scoring 30 tackle points from 12 appearances and made it to the list of Top 15 tackle points scorers of the season. He then spent another season with the Titans before joining Puneri Paltan in the following edition.

Malik could not play up to his reputation for the Paltan and it also remained as his last appearance in the Indian top-flight Kabaddi League. Ram Mehar Singh has called back his disciple to resume his PKL career under his command. There will be a two-way fight between him and the double silver medal-winning defender Arkam Shaikh for the left-cover position.

The familiar name of Viraj Vishnu Landge has made a late but grand comeback in the PKL despite going unsold for the consecutive time on the auction table. He is widely regarded as one of the greatest left-corner defenders to represent the Maharashtra banner at the national level. The sturdy defender played a pivotal role in Maharashtra’s triumph at the 65th Senior National Championship before switching to Railways.

Viraj was brought to the PKL platform by Dr Ramesh Bhendigiri who recruited him for Dabang Delhi in the fifth season. The two-season stint with the Capital-based franchise helped to earn a move to Bengal Warriors where he got the opportunity to get his hands on the prestigious PKL trophy. Landge has featured in 35 Pro Kabaddi games across three seasons and has fetched 29 tackle points under his helm.

Most recently, Viraj was seen representing Central Railway along with other Maharashtrian stars like Pankaj Mohite and Shrikant Jadhav. He led the Pune All-Stars side in a pre-season game against U Mumba which was enough to impress the Mumba management to include him on the roster. The Pune-born defender is famous for his holding and dashing skills while Vishal and his presence will add stability to this Mumba defensive line consisting of young faces. 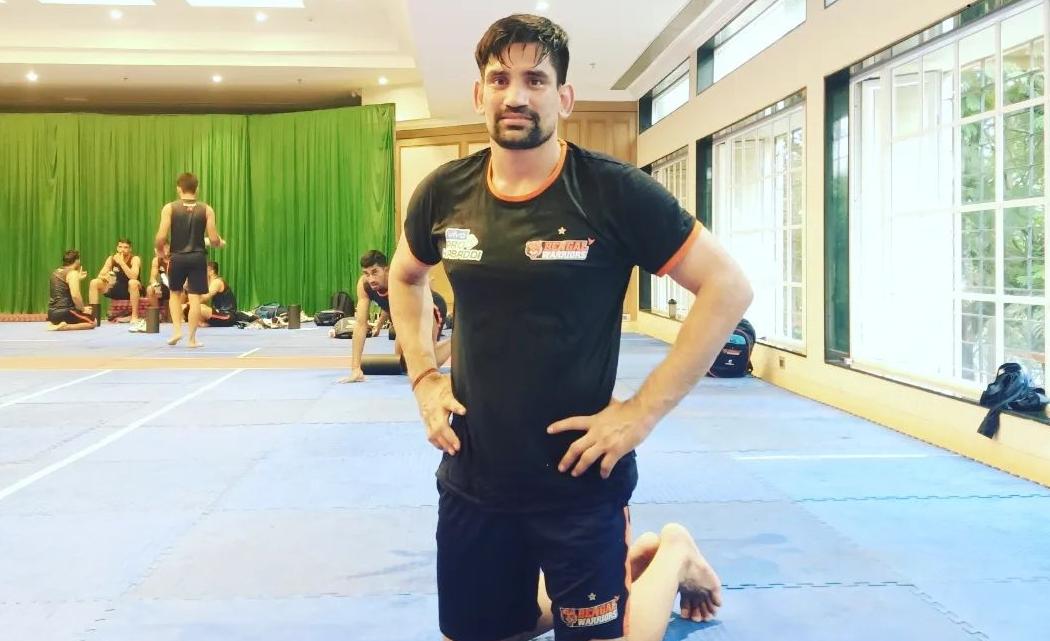 Vinod sweating out on the mat to execute the resurgence

The veteran raiding all-rounder Vinod Kumar is back on the grandest stage of Kabaddi after missing out on the previous season. The former Services star is a highly skilled offensive player and can also don the right corner position during needful circumstances. In his debut PKL campaign, he played the vital role of the third raider for Patna Pirates in their title-winning campaign of the fifth season.

Vinod was bought by the U Mumba side at the auction price of 22.25 Lakhs in the seventh edition where he bolstered the raiding unit of Orange Stallions scoring 22 raid and 28 tackle points in 17 appearances. He then moved to the neighbouring franchise Gujarat Giants as the gaffer

Manpreet Singh was aiming to accommodate an experienced knight in his young offensive line. Despite the high expectations, he could fetch only 11 total points in nine matches which led the franchise to part ways with him.

After getting unsold in the previous season, Kumar turned his focus toward the future in coaching and enrolled himself for NIS Diploma from SAI, Bengaluru. However, the silent assassin made a rapid return to the playing career and got selected by the seventh-edition champions Bengal Warriors for 10 Lakhs. The Kolkata-based outfit has immense depth in the raiding department and his presence makes it even stronger.