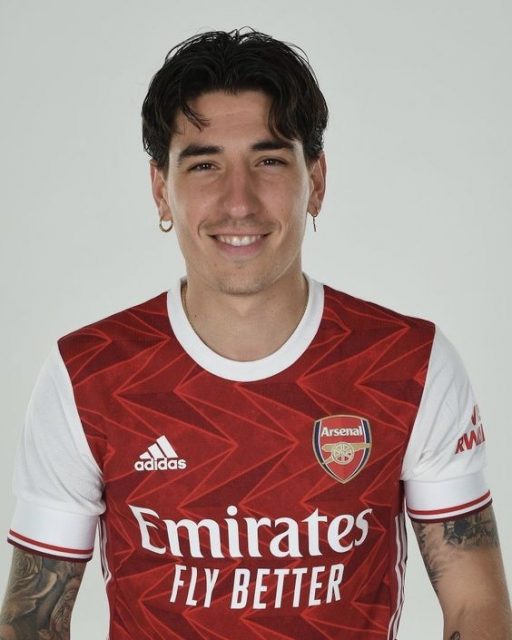 Hector Bellerin was born in Barcelona in 1993 and spent most of his youth career at FC Barcelona between 2003 and 2011. Without single appearance for the Spanish side he move to the Arsenal in 2011 while Fabregas moved in the reverse side to FC Barcelona. Spanish defender played for youth Arsenal teams and signed his first professional contract in 2013. Then he was on loan to Watford with 8 appearances to gain some experience. Arsenal recalled Bellerin from his loan spell in February 2013 to reunite with the Gunners first-team squad, he found his pathway to the Arsenal team cleared following injuries to Mathieu Debuchy, Calum Chambers as RB.

As a fact Bellerin started his career as a right winger at FC Barcelona. But Arsene Wenger made the decision to convert the Spanish starlet into a full-back.

Talking about his national career Bellerin was named the player of the tournament at the U19 European championship in 2013. The Arsenal star made his first appearance for the Spain senior team in a 3-1 victory over Bosnia and Herzegovina on 29 May 2016.

Talking about personal life, In 2017, the Arsenal defender was reported to be dating Shree Patel and it seems the are gonna have a baby according her Instagram pic with belly.

Fashion is one of the Spanish defender’s main hobbies. Sewing clothes, fashion shows and even the development of designs for the Volta mode in FIFA 21