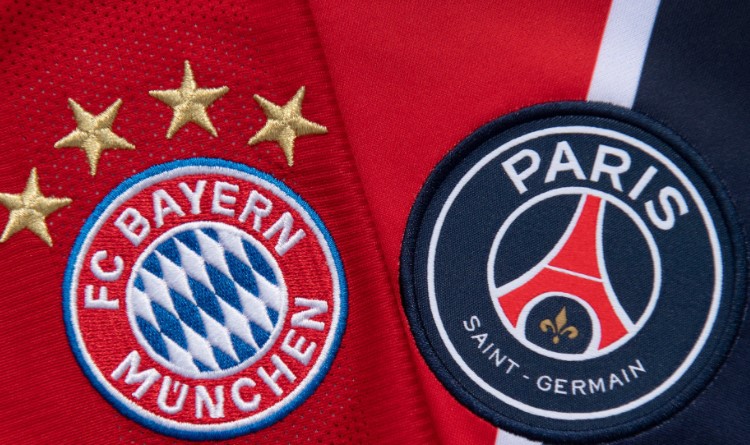 The roll of the dice decided that last year’s Champions League finalists will meet each other in the quarter-finals. The first match will be held at the Allianz Arena, 0.30 IST.

Recently, Bayern nearly secured the Bundesliga title with a recent 1-0 away win over RB Leipzig.

The Munich side can now focus all their efforts on the Champions League. Also, it became known that Bayern’s attacking leader Lewandowski is out for a month because of the injury he suffered in a Polish national team.

PSG have other problems. Since the change of manager, the Parisians have been very unstable in Ligue 1 having lost twice in their previous four games, including a home game against direct first-place rivals Lille (0-1). The Parisians are already three points behind them.

As mentioned above, Bayern faced a very serious problem last week. Robert Lewandowski will miss upcoming matches because of a knee injury in a match for the national team against Andorra. In fact, it is a great loss for the Munich club.

In the previous round of the Champions League play-offs, Bayern easily beat Lazio.

Hans-Dieter Flick’s side crushed the Italians 4-1 on the road and won 2-1 at home.

And it’s worth remembering that Bayern also had serious squad problems before the game in Rome, but it still didn’t stop them from comfortable victories.

PSG also have problems with their squad: Italians Marco Verratti and Alessandro Florenzi have tested positive for the coronavirus. Both will of course miss the match in Munich. The most painful of all could be the loss of Verratti, who was almost a key player for PSG in their first match against Barcelona when the French grande won 4-1 at the Camp Nou.

Unlike Bayern, PSG lost at the weekend. Mauricio Pochettino’s side lost at home to Lille (0-1), their direct rival for the league title. At the end of the match, Neymar was so nervous that he even received a red card for aggression.

The good news for Mauricio Pochettino is that Neymar is back after a month and a half absence. The mere presence of number 10 on the pitch should give his teammates confidence.

Les Parisiens, however, managed only one win at Bayern’s ground, with George Weah triumphing during their 1-0 group-stage triumph in the 1994-95 campaign.

Back then, Bayern winger Kingsley Coman, who had previously played for PSG, scored in the 59th minute. The German club took their sixth UEFA Champions League trophy, while the Parisians lost their first final.

Statistical preview of the match Bayern Munich vs Paris Saint-Germain:

It will be difficult for Bayern without Lewandowski. First and foremost, psychologically. But the emphasis could be set differently. As an example, PSG cannot beat Lille even with Neymar and Mbappe in squad, although the talk that the Parisians have been saving their strength for the Champions League does not sound very serious.

And let’s not forget that in last year’s final, Bayern beat PSG thanks to a Kingsley Coman goal. Lewandowski did not score at the time. By the way, many were expecting plenty of goals, but only one was scored in 90 minutes, which may also apply to the upcoming match.

The return leg against Barcelona was also not in PSG’s favour. In fact, it was a miracle that the French went ahead with such a mistakes in the second leg. Well, even without Lewandowski, Bayern would immediately tear the French club apart for such errors.