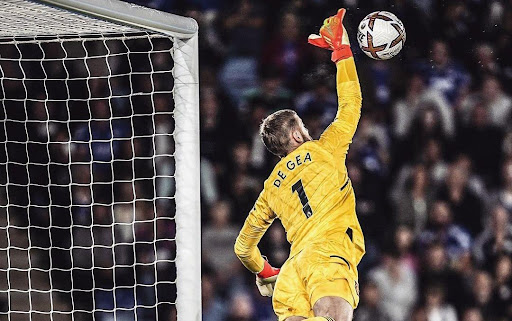 Manchester United recently edged past the Leicester City side on a 1-0 scoreline at King Power Stadium in the fifth matchday action of the Premier League. The hero of the match was the man who donned the No.1 jersey of the Red Devils against Brendan Rodgers’ foxes this Friday.

It was a historic clean sheet outcome for David de Gea who dedicated the success to his late grandmother and left an emotional message to her through social media.

Over the years, we have witnessed many iconic gloves-man wearing the Red colours and protecting the goal of the United side. Hence, ‘Parimatch News‘ brings you the list of five goalkeepers who have kept the most ‘clean sheets’ for Manchester United in Premier League history.

The retired Northern Irish keeper did not even touch the landmark of 50 Premier League appearances for the Manchester United side but still ended up on this list. Caroll kept clean sheets 27 times out of 49 games in which he represented the Red Devils in the English top-flight football league. His short but effective stint with the United was quite special for the fans as it is recounted by them till the date.

Caroll was brought to the United camp from Wigan Athletic which was the English second-division outfit at that time. After being used as a secondary option in his first three seasons, he finally had his breakthrough campaign in the fourth one which was also his last season at the club.  He was part of the roster that graced the champions podium of 2002-03 Premier League, 2004 FA Cup and FA Community Shield in the same year.

The Northern Irish international then moved to West Ham United seeking more game time at the grandest stage of the English Premier League. Derby County was his third EPL employer however, he lasted only a single season in the English top-flight league with the Rams after their relegation to the EFL Championship in the following season.

His career went downhill drastically since his departure as the United stint remained the peak period of his professional football career.

Fabien Alain Barthez is a widely reputed name in French football for his heroics in the domestic and his presence at the international triumphs as well. Barthez was part of the Les Bleus side that registered their first-ever FIFA World Cup glory in the year 1998. His second major international gallantry came in the 2000 edition of UEFA Euro where he claimed the gold medal honour and got featured in the UEFA Team of the Year which eventually landed him at Old Trafford.

His prowess with the national side was enough to get him first-choice status in his very first season at the club. He lifted the Premier League silverware in his maiden season outside France and went on to replicate it in the 2002-03 season as well. Barthez made 92 EPL appearances in his MUFC stint spanning four seasons and also registered 34 clean sheets under the helm.

The arrival of American youngster Tim Howard made it tough for the Frenchman to start every game as he also lost his place in the Starting XI very soon. Manchester United remained Fabien’s only destination outside France as he returned to Ligue 1 outfit Olympique Marseille in 2003. The 2006-07 season with Nantes was his last appearance as a professional footballer as he turned to his first love Motorsports immediately after announcing his retirement. 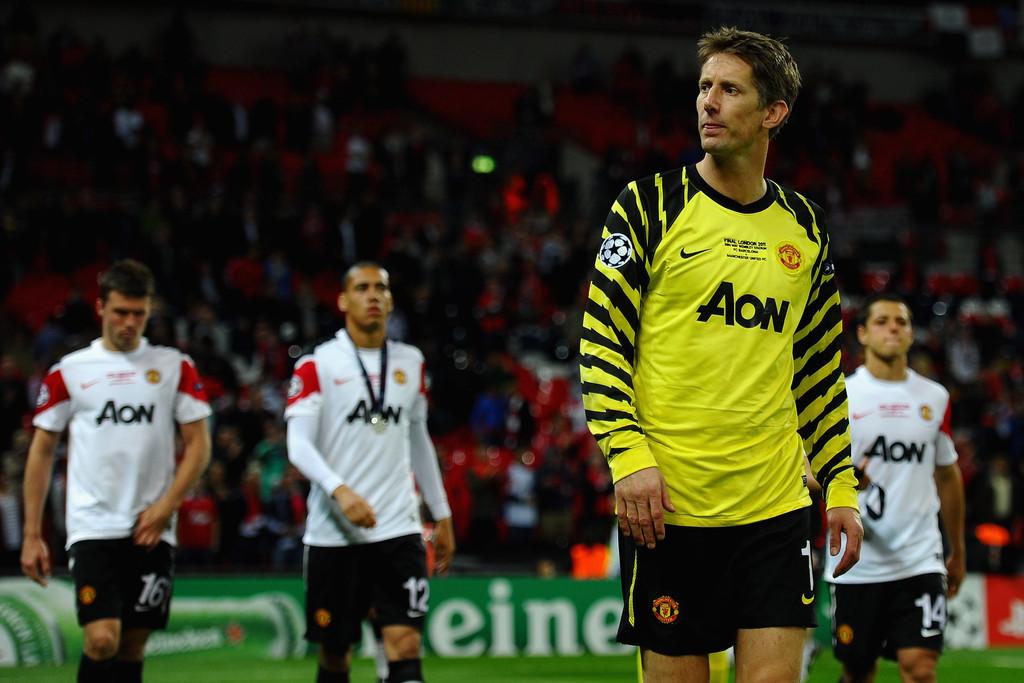 The Dutchman is widely admired by the Manchester Reds fans as a legendary figure and needs no introduction. The talismanic goalie who earned worldwide fame after winning the UEFA Champions League with Ajax in 1995 had to undergo brief stints with Juventus and Fulham before earning a call-up from the Manchester-based outfit.

Van der Sar who has 130 international appearances for the Netherlands national team is considered one of the greatest to ever don the goalkeeping gloves of this sport.

In a Manchester United career spanning seven years, EvdS made a whopping number of 186 Premier League appearances and remained unbeaten at the goal 94 times. His clean sheet success rate of 42% is also the highest among the all features of this elite list. The decorated football career of the Dutchman saw him lifting a total of 11 domestic, continental, and international club titles in the United colors.

Van der Sar was enjoying his peak in the year 2008 when he first won the greatest European club honour with the Red Devils and then went 1,311 minutes without conceding a single goal afterwards. He retired from professional football at the end of the 2010-11 season where he became the oldest to win the EPL glory at the age of 40. He is currently serving as the Chief Executive of his home club Ajax and has played a crucial role in the transfer of many players from Eredivisie to the Premier League in recent times. 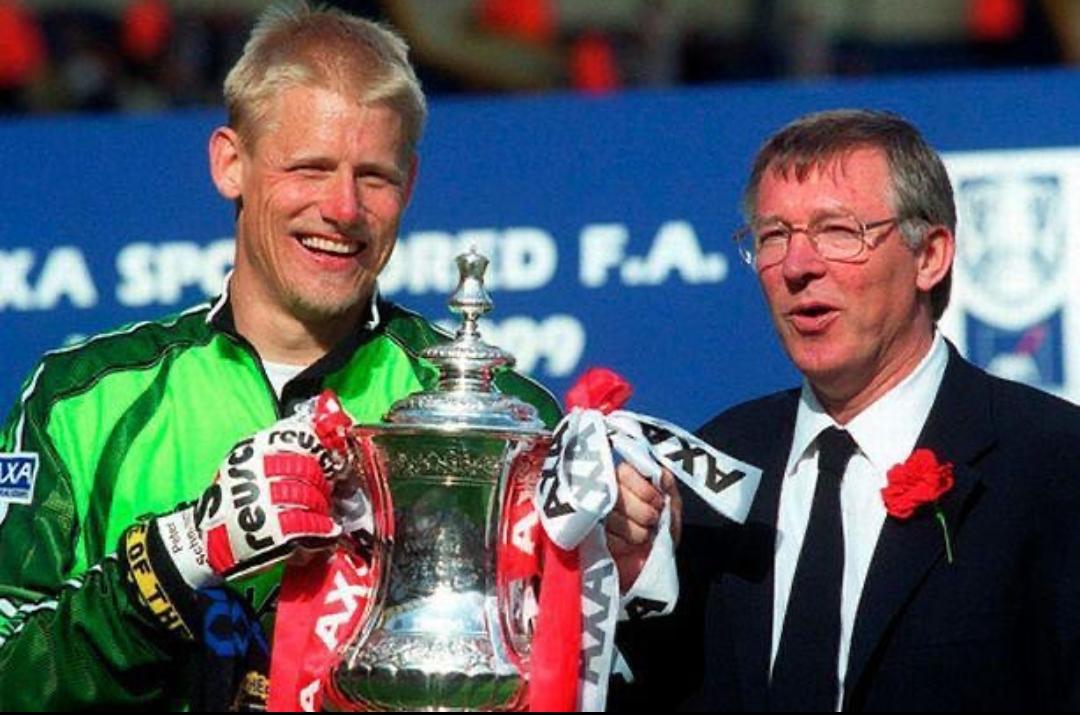 Schmeichel is arguably the greatest ever to defend the goal of the Manchester Reds in English top-flight football. The Danish saviour was the pioneer of the invincible state of Manchester United in that era and led them to multiple iconic triumphs. He was handpicked by Sir Alex Ferguson in the summer transfer window of 1991 after being impressed by his performance with Brøndby.

The prestigious stage of the Premier League was introduced a year after the arrival of Peter Schmeichel at the United camp. He featured in 252 fixtures for the Man Utd side and kept clean sheets on 113 occasions which stood as a club record for many years. He led the continental treble-winning Red Devils roster of Manchester in the 1998-99 season making them the first English club to achieve it.

The UEFA Champions League final encounter against Bayern Munich was the last appearance of Schmeichel in the United kit. After taking the Manchester Reds to the top of Europe, the Danish keeper silently left the club to join Sporting in Portuguese Primeira Liga. However, he returned to England for a couple of seasons with Aston Villa and the city rivals Manchester City.

The top-most position on this elite list belongs to the man who recently topped the global headlines when he overtook Gary Bailey to jump to the third position on the club’s all-time clean sheets leaderboard.

The 31-year-old was signed back in the year 2011 to replace Edwin van der Sar and continue the legacy at the United goal-line. He arrived at Old Trafford after leaving his boyhood club Atletico Madrid to write a new chapter of his career.

De Gea played a pivotal role in United’s triumph in the 2012-13 Premier League campaign where he kept 11 clean sheets in 28 appearances of the season. It was also the last time when the thirteen-time EPL champions Man Utd side lifted the prestigious silverware. The individual clean sheet tally of the Spaniard has now reached number 133 in 382 Premier League games.

Ever since his arrival in England, the Spaniard has maintained his first-choice status after being consistent with gloves year in, year out. He is now just 18 more clean sheets away from Peter Schmeichel who holds the crown of keeping the most scoreline deadlocks for the Red Devils across all competitions. He is currently just 31 which strengthens his contention to break every other goalkeeping record as he still has a lot in him.

ATK Mohun Bagan gearing up to begin the maiden title